The company plans to frack 20 wells up to 50 times, using 40 million litres of water per well, and a cocktail of chemicals. They want to drill to a depth of between 2km–4km below the ground. They would bulldoze 109 hectares of native vegetation and bushland to create access tracks, build accommodation camps and fracking operation sites, including toxic wastewater storage ponds and flaring pits. The fracking is proposed over seven years, but if they get a foothold they could be fracking thousands of wells for decades to come.

It’s important that as many people as possible send a submission to the EPA so they hear loud and clear the depth of opposition to fracking the Kimberley.

While the current plan is to drill and frack 20 wells, this is just the beginning. Black Mountain have said they want to produce 900 terajoules of gas. To do this would require thousands of wells on land surrounding Mount Hardman and Mount Wynne creeks, which flow into the Fitzroy River.

Please take action by sending a submission to the EPA with your own message or our pre-filled message. 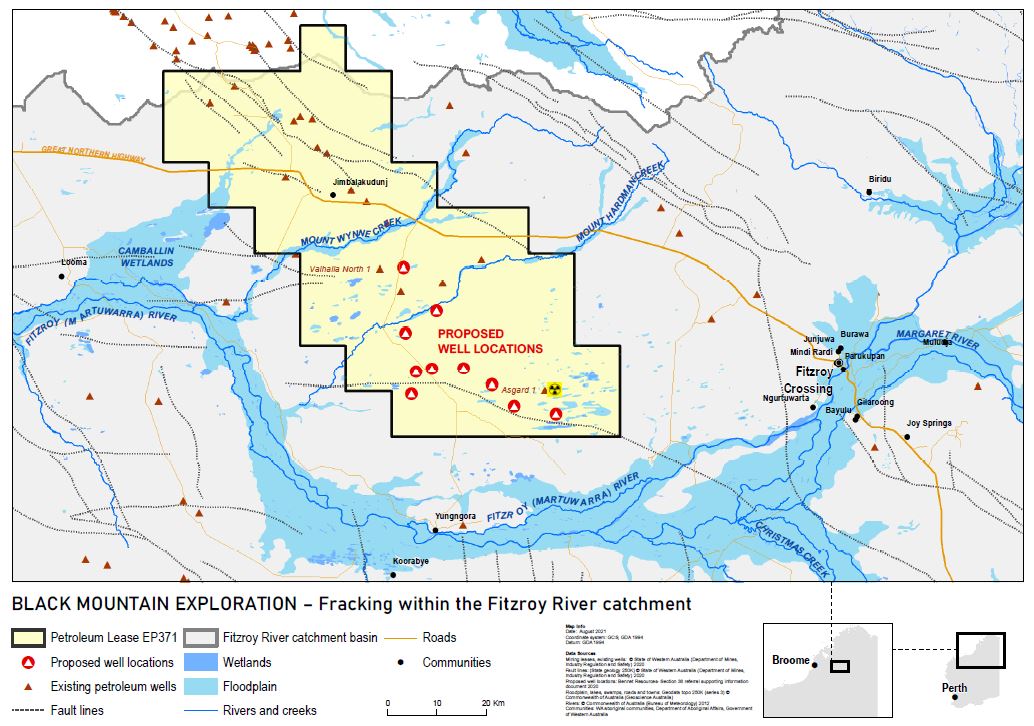 This EPA submission is now closed.
Send a petition to the Premier calling for a ban on fracking in the Kimberley here.

Protect the Kimberley from Texan frackers