The recent flooding has shown that Broome’s wastewater treatment plant in town plus the new one out on Crab Creek road are unable to cope with large rainfall events.

Wastewater has been discharged into the Bay with warnings from the Shire of Broome that people shouldn’t swim or fish because of the danger of serious health problems. The Water Corporation has stated that stormwater was responsible for gouging a deep channel through the dunes at ‘Demco’ and that only then was partially treated sewage able to run into the Bay.

Regardless of what caused the channel in the dunes, Yawuru Nagulagun / Roebuck Bay should be protected from sewage.

This is an unacceptable situation given the importance of the Bay as a place of recreation and fishing for the Broome community and visitors, as a marine park and National Heritage site, and as a Ramsar listed wetland.

As well as causing health risks to human beings, the discharge of thousands of tonnes of soil and wastewater from the sewage plant could seriously damage the health of the Bay itself. 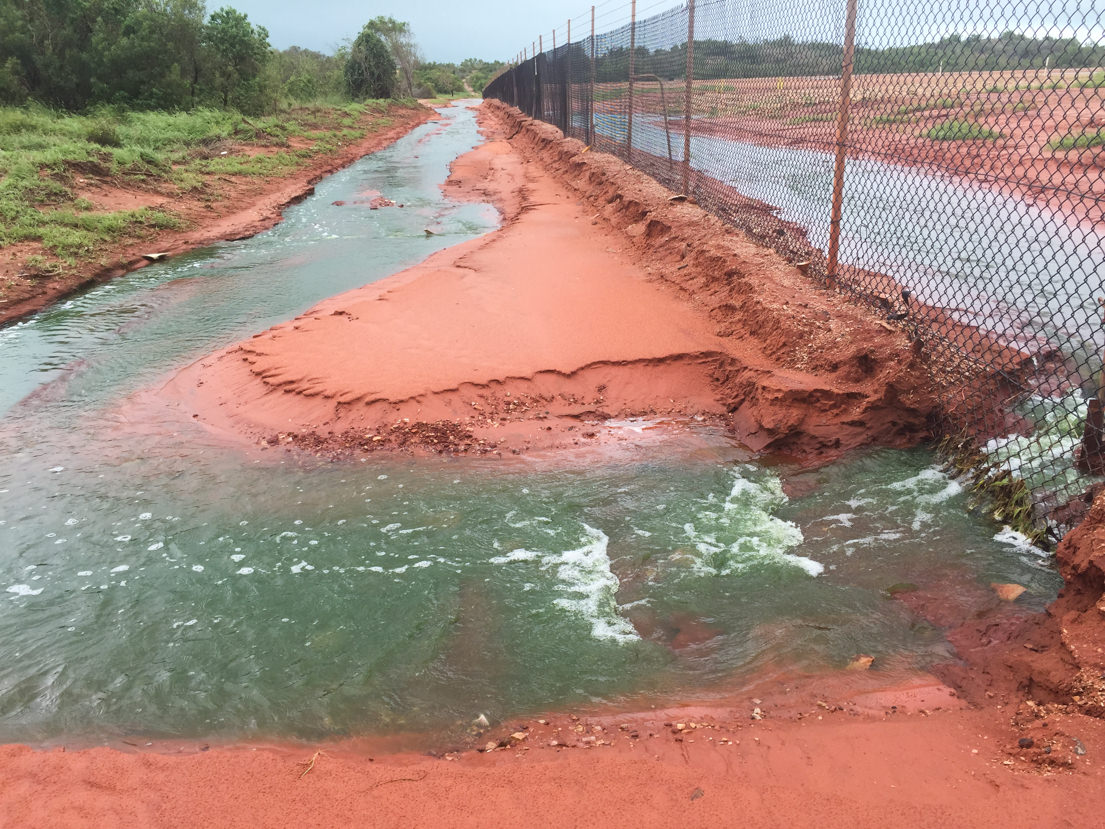 Seagrass beds are particularly at risk. Elevated nutrient levels such as Nitrogen from partially treated wastewater can lead to outbreaks of toxic Lyngbya Lyngbya majuscula. The Queensland Government’s Department of Environment and Heritage Protection says the following about Lyngbya:

“…blooms have impacted on the environment and people’s health. Blooms in Moreton Bay were first reported by fishermen who experienced dermatitis and asthma-like symptoms. Generally fish avoid areas affected by L. majuscula and find waters that are not affected. This may reduce the available catch for the fishing industry and recreational fishermen.”

“Lynbya can also smother seagrass, coral and other habitats. Significant blooms may be associated with reduced reproductive success in sea turtles. This may be due to a food shortage as turtles avoid the seagrass beds affected by the cyanobacteria.”

“Public Advice: You should not swim or wade in areas where L. majuscula is growing or floating in the water. Avoid direct contact with material washed onto the beach.”

“If you are showing any symptoms associated with L. majuscula or have come in contact with it, see your doctor.” 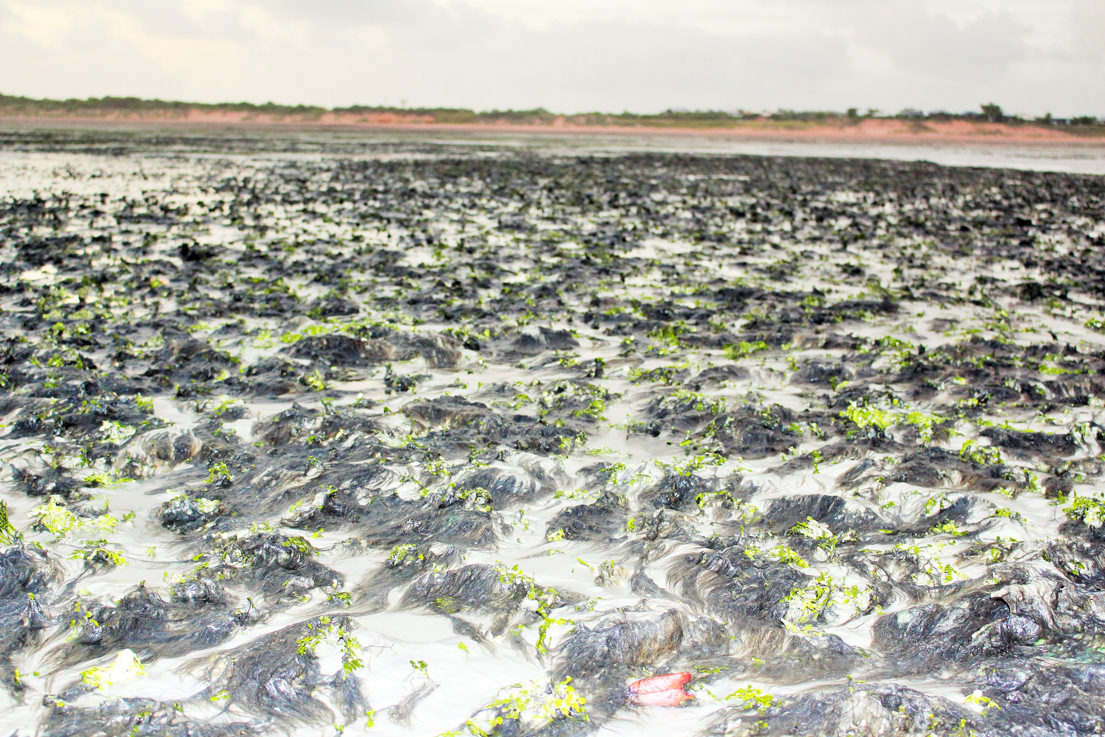 “Lyngbya bloom in Roebuck Bay in 2015 at Demco”

As well as not being able to contain partially treated sewage during large rainfall events, in 2016 the Water Corporation admitted that the Broome South Wastewater Treatment Plant was leaking 90 million litres a year into Roebuck Bay, and an investigation found elevated nitrogen and phosphorus levels beneath the site.

The Broome South Wastewater Treatment Plant was classified as contaminated – remediation required under the Contaminated Sites Act 2003 by the Department of Water and Environmental Regulation in 2014 (see report), with elevated levels of nutrients in the groundwater beneath the site. Further, the Broome Golf Course was classified as Possibly contaminated — investigation required in 2015, (see report). Complaints had been made by community members and Environs Kimberley since 2005 about the ‘cannoning’ of wastewater at the golf course, which were ignored by the Water Corporation (see the letter).

In November 2016, and despite being a contaminated site, the Water Corporation declared that the sewage treatment plant was not to blame for elevated nitrogen and the subsequent toxic blue-green algal blooms in Roebuck Bay. This statement was challenged by one of the state’s foremost experts on hydrogeology in the Broome region, Dr Ryan Vogwill.

Despite denying that the sewage plant was causing any problems, the Water Corporation went on to spend $7 million to “…fully line an unused holding pond and reduce our footprint from eight ponds to four ponds”.

The Department of Water and Environmental Regulation has yet to complete its contaminated site decision report on the Broome South Wastewater Treatment Plant.

Minister for Water Dave Kelly needs to ensure that sewage doesn’t enter Roebuck Bay through either groundwater or surface-water spills.

The Water Corporation is owned by the Western Australian Government and accountable to a sole shareholder, Minister for Water, the Hon Dave Kelly MLA.

We are calling on the Minister to:

This is particularly important as the predictions for climate change in the Kimberley are for more intense rainfall events such as the ones we experienced in January 2018.

If you support the protection of the Bay PLEASE SIGN THE PETITION or email the Minister.

Make sure you copy in our Kimberley member of parliament. Ms Josie Farrer MLA, [email protected]