The one thousand islands of the Buccaneer Archipelago

Offshore from the mouth of the Fitzroy River in King Sound lie the 1000 islands of the Buccaneer Archipelago. This area is dominated by the second largest tides in the world and contains a highly diverse array of coral reefs, seagrass meadows, sponge gardens and deep-water canyons.

Adele Island, Beagle and Mavis Reefs and the Lacepede Islands lie further offshore and are all areas of ecological abundance rarely found in the world today. These include WA’s largest green turtle nesting site and one of the biggest Brown Booby rookeries in the world. Tourists flock to the area to see many of the outstanding attractions, such as the snow-white sands of Silica Beach, and to bathe under one of the many spectacular waterfalls in Strickland Bay and Yampi Sound. 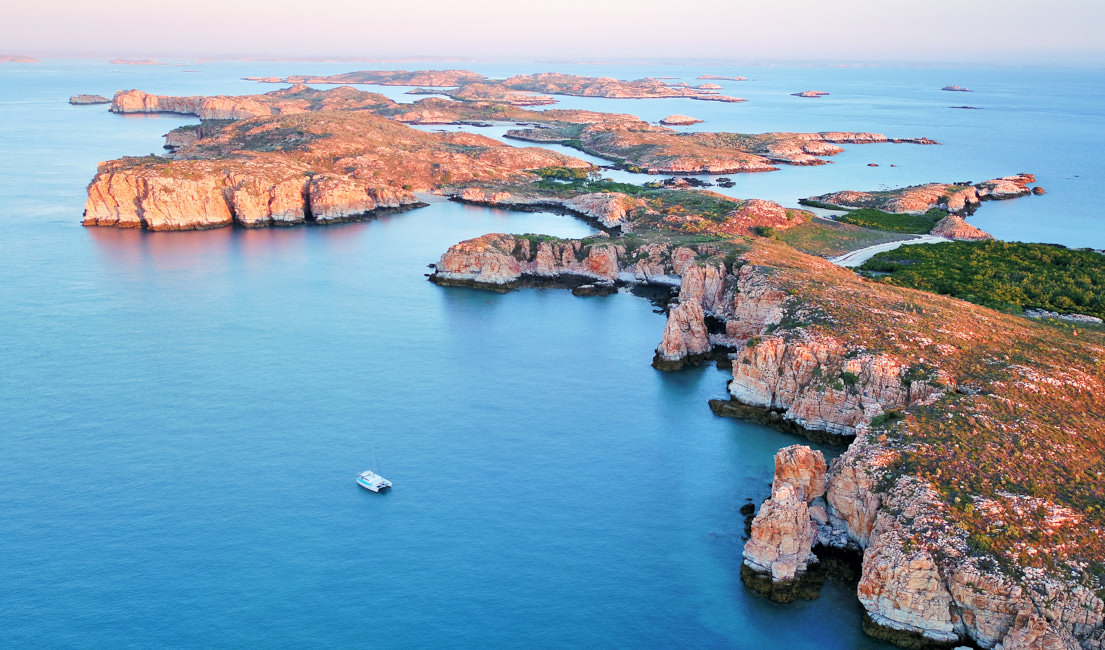 While some of the islands are in A class nature reserves, the surrounding waters are unprotected from oil and gas developments and the expansion of onshore iron ore mining.

When the main road up Cape Leveque is sealed in the near future, there will be a vast increase in recreational boats and fishing pressure.

The promise of a Marine Park

Prior to the 2017 election the major political parties were called on to protect the Buccaneer Archipelago in a marine park.

The WA Labor Party platform included a commitment to create the Buccaneer Marine Park. We are now working with the Labor Government and others to make sure this election promise is delivered.

EK and the The Kimberley – Like Nowhere Else On Earth Alliance are lobbying for the new marine park to include a world standard 33% sanctuary zone, an end to mining in the Park and strong joint management arrangements with the Worrorra, Mayala and Bardi Jawi Traditional Owners.