HISTORIC PROTECTION FOR BUNUBA SECTION OF THE FITZROY RIVER WELCOMED

The announcement comes after decades of proposals to dam the Fitzroy at Dimond Gorge to provide water for largescale industrial agriculture.

Environs Kimberley director Martin Pritchard said it was a historic day for culture and the environment on Bunuba Country.

“This is a historic day for the Fitzroy River on Bunuba Country. After decades of attempts to build a dam at Dimond Gorge we finally have a national park to protect it thanks to the Bunuba people and the state government,” he said.

“We congratulate Traditional Owners and the State Government on this outcome that creates new opportunities to meet long held aspirations to protect and celebrate culture and the environment of Bunuba Country in ways that provide real opportunities for local people.”

The creation of the proposed park in the National Heritage listed Fitzroy river area will extend the existing Danguu Geikie Gorge National Park along the Fitzroy River, north to Dimond Gorge.

Mr Pritchard said Environs Kimberley was set up in 1996 to support Traditional Owners in their fight to protect the Fitzroy River against three dams.

“It’s taken twenty-five years of work with Traditional Owners to protect this stretch of the river and finally we have a government that has recognised its importance including National Heritage listing for cultural values,  habitat for threatened species, geoheritage and the world class landscape values,” he said.

Mr Pritchard said the proposed national park would be a big boost for tourism and jobs and would create several new ranger positions.

“This will be a huge boost for the culture, conservation and the economy, with jobs for locals and tourism being the big winners,” Mr Pritchard said.

“It’s a great step towards protection of the river, however serious threats to the river remain with proposals from Gina Rinehart and the Harris Family from NSW to take hundreds of billions of litres of water and clear tens of thousands of hectares of native bush for beef, cotton and other crops.

“The McGowan government promised to protect the river at the last election. The creation of the Fitzroy River National Park needs to be complemented with protection of the flows and floodplains of the whole river. To do this properly the floodplains and surface water need protecting from big pumps, canals and other water taking infrastructure.

“The health of the Fitzroy River and important species like the Barramundi depends on a connected and intact river. A National park at one end is great but if you’ve got Murray Darling style development downstream then the river is still going to be damaged.” 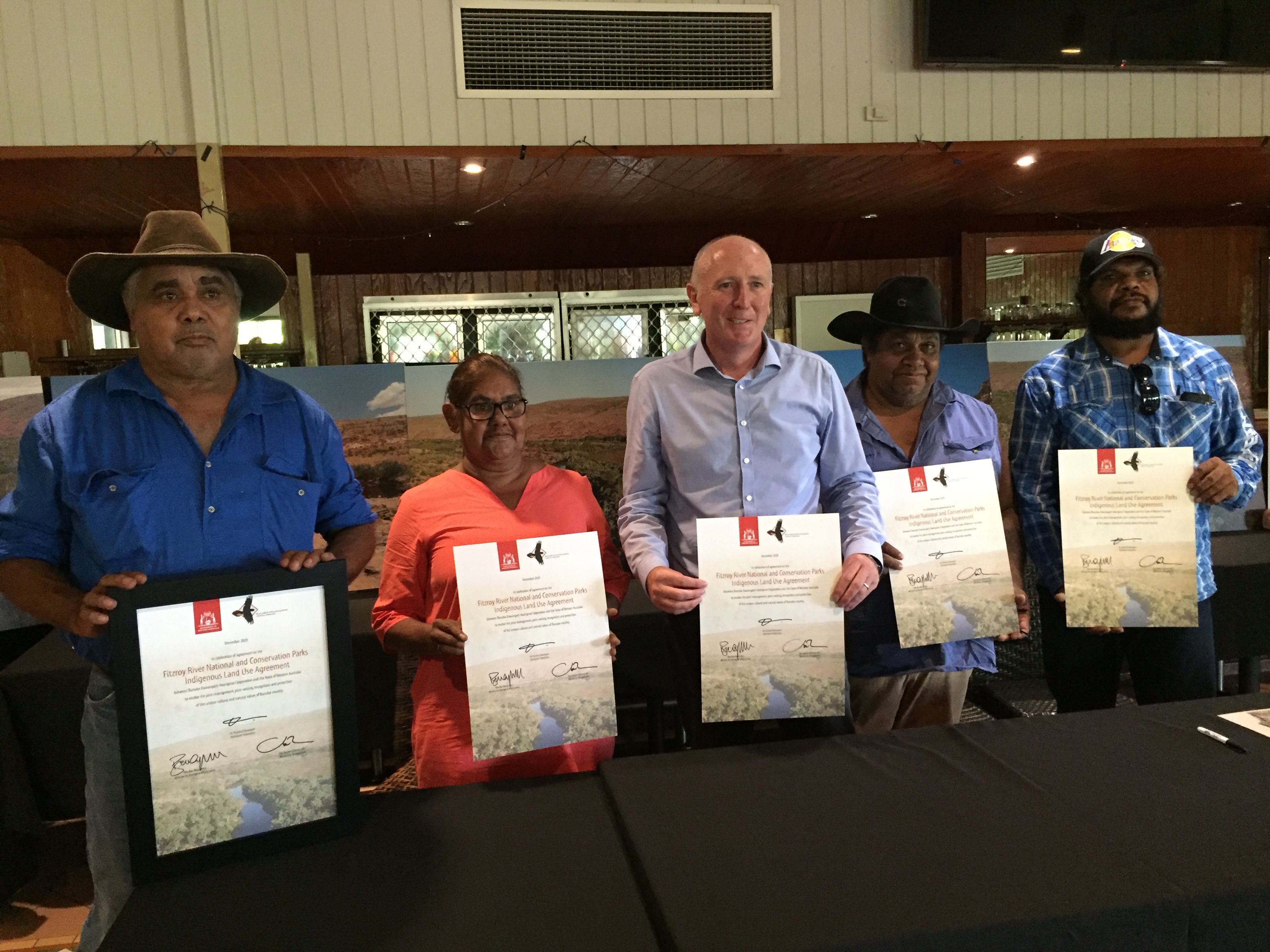