Change. It’s always changing out on the seagrass meadows.

At last week’s monitoring session, the first big change we noticed was the weather — it was so gusty! Hats went flying, data sheets went flying, the associated laughter was whipped away by the wind — there were even little waves in the shallow low-tide puddles. It added extra excitement to our scientific expedition! 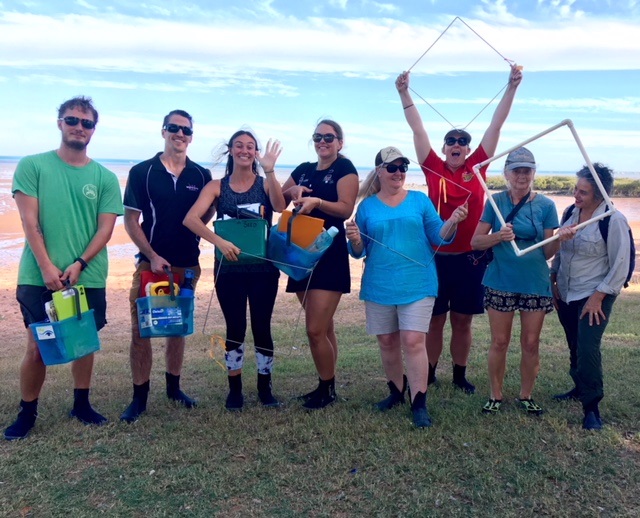 The second change, particularly at Town Beach, was the oodles of baby crabs everywhere. The sediment was teeming with them. Volunteer Jess, aged 13, commented, “When you put your foot down it’s like an explosion of crabs!”

We experienced another phenomenon at Demco when the dusk sky was flooded by thousands and thousands of low-flying bats, yes bats! The volunteers stood there transfixed at the sheer numbers of them gliding over the bay — certainly one of the perqs of seagrass monitoring late into the afternoon at this time of year. 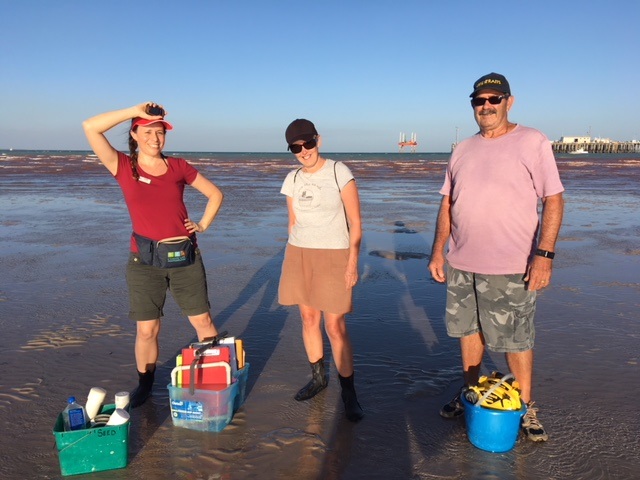 Fi, Val and Roy ready for action at the Port Site

At the Port site the change was the speed with which we had to complete our work. Tricky light conditions and timing with low tides meant we had one of the shortest windows in which to monitor the site – there was running, folks! Running — from one end of the transect to the next. Think ‘Chariots-of-Fire’ running scene form the classic 1981 film. It was exactly like that. And we did it! We came away feeling like accomplished scientists and track-and-field athletes.

While the seagrass itself was reduced in abundance across the sites in keeping with seasonal variation, it was no less important and fascinating to study, and I must express our enormous gratitude and respect for our long-term regular volunteers, whom we have now affectionately dubbed our ‘Seagrass Royalty’ (step aside Meghan and Harry!). These volunteers are so experienced and knowledgeable, and such a valuable support to the project. 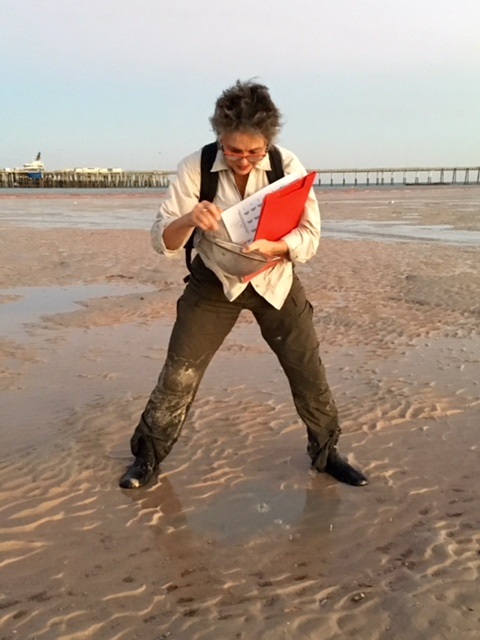 We were also delighted to welcome some new faces to the meadows — thank you to those who came along for the first time; your help was much appreciated. Roy and Val were particularly crucial to the success of the Port session as we raced the sun. And a special shout-out to Broome’s Mercure Hotel — staff from this local establishment joined us at Town Beach, both for a professional team building exercise, and also as a way of contributing to the community via this important local marine monitoring project. Thanks Mercure Broome, and thank you everyone! 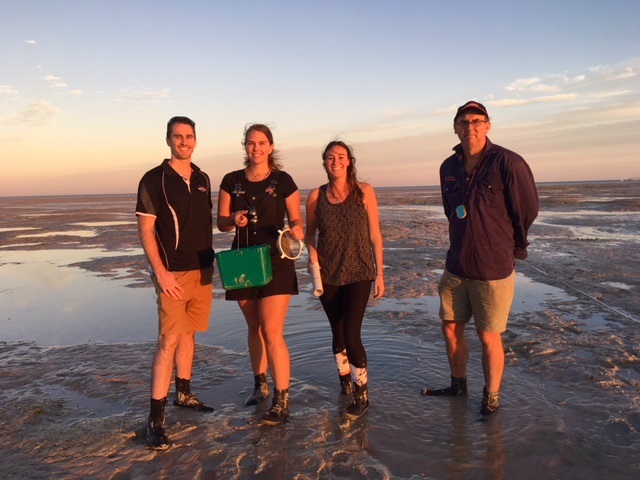 Our next seagrass monitoring event in Roebuck Bay is planned for August — who knows what the winds of change will bring by then!