Broome-based conservation group Environs Kimberley has hailed gas giant Origin Energy’s withdrawal from the Kimberley as a major win in the 10-year struggle to keep fracking and conventional gas production out of the world-famous tourism region.

“This is a major win by the community to keep oil and gas industrialisation out of the Kimberley and a huge vote of no confidence in fracking one of the main tourism drawcards for the whole nation,” said Environs Kimberley Director Martin Pritchard. 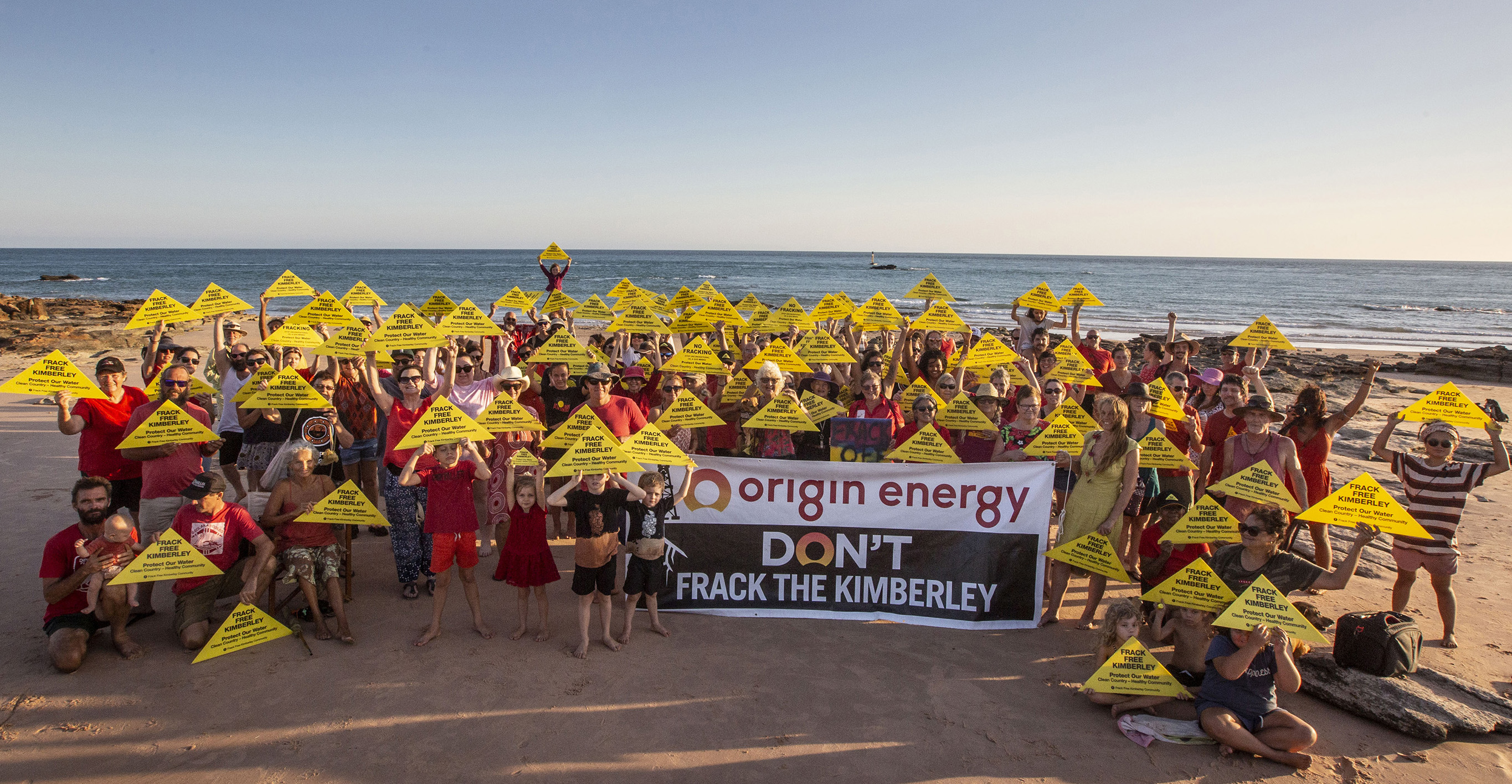 “When a $10 billion corporation like Origin pulls out it sends a powerful signal to the WA government.

“This is the best opportunity Premier McGowan and his Ministers have had to put an end to the threat of fracking the Kimberley. They know it’s an industry that would ruin the tourism and the world-famous natural and cultural landscapes of the internationally renowned region,” Mr Pritchard said.

“We don’t think the WA Labor Government wants to be remembered for opening up the Kimberley to fracking and leaving a legacy of industrialisation here.”

The campaign to stop fracking in the region has been going for more than ten years. The community has shown there is no social licence for the controversial industry to operate here. The worsening climate change crisis is already causing extended heatwaves in the region.

“With no social licence, companies like Buru Energy, Black Mountain and Theia Energy need to rethink their future investments. We won’t stop campaigning until the Kimberley is safe from fracking and conventional gas,” said Mr Pritchard.

“Without Origin’s financial backing, Buru Energy’s plans to produce polluting gas from its Rafael conventional gas discovery is now also up in the air. We’ll next be targeting that climate-destroying project, which includes a planned petrochemical factory in the Shire of Broome.

“Origin now joins the long list of other corporations that thought they would make a killing by fracking the Kimberley, but have pulled out after losing tens of millions of their shareholder’s dollars: Mitsubishi, Alcoa, PetroChina, Conoco Philips, New Standard Energy, Squadron Energy, Origin Energy.”