Called Garaanngaddim by the Dambimangari Traditional Owners and described by Sir David Attenborough as “one of the greatest natural wonders of the world”, the Horizontal Falls are created by walls of water hurtling through two narrow coastal gorges during 10-metre tides.

For Dambimangari people the Falls are one aspect of the manifest power of their sea country – the Wunggurr creator snake. For international and local visitors, this is one of the Kimberley’s most popular tourism destinations. 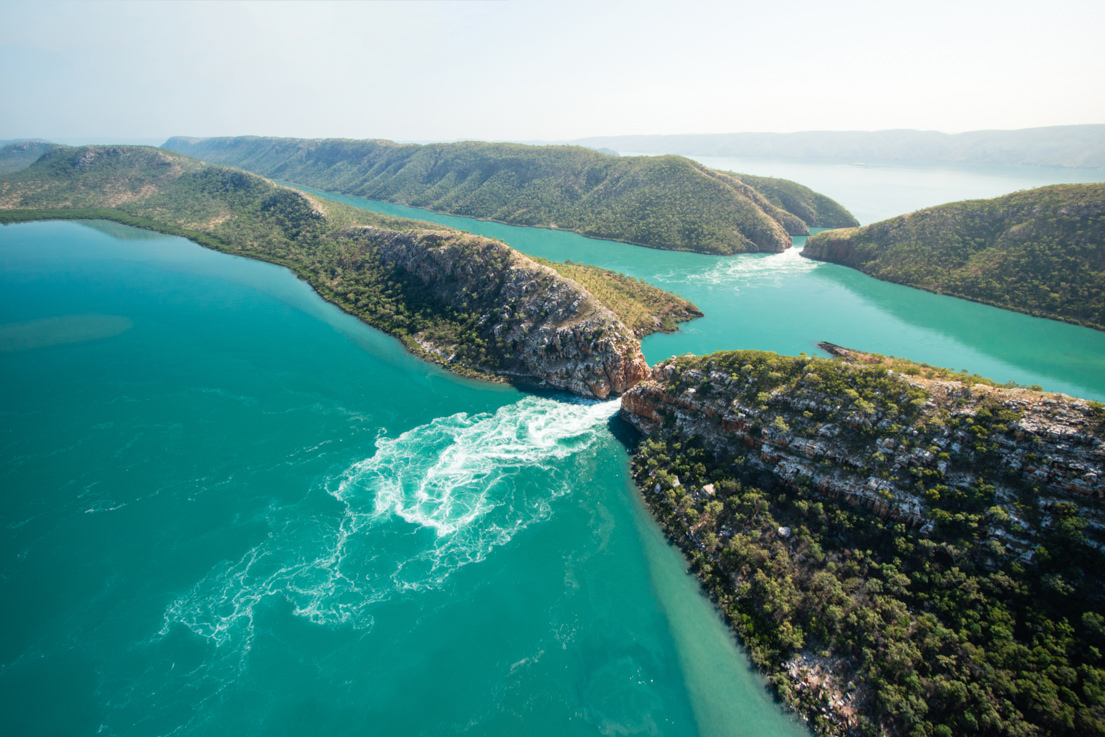 No to mining in the area

In 2011, tour operators and conservationists mounted a joint campaign against miners exploring for copper near the Horizontal Falls.

In 2012, in recognition of its significance, the WA Government banned mining and exploration within a 72-square-kilometre area around the Falls.

Creation of a Marine Park

In 2016, the Lalang-Garram Horizontal Falls Marine Park was declared; it is being jointly managed by the Dambimangari Native Title Holders and WA Government.

The Park is a significant step towards protecting the Falls and surrounding reefs, mangroves, islands and sea life, but it does not meet the international scientific benchmark for sanctuary zones in which no mining or commercial fishing can take place.

The Lalang-Garram Horizontal Falls Marine Park deserves the highest level of protection, like the Ningaloo and Great Barrier Reef marine parks, where more than 30% is zoned sanctuary zone.

The copper miners are back

In August 2017, to everyone’s shock, a bulldozer was spotted cutting a road 15km south of the Falls, just outside the mining ban area. A base-camp was being built nearby. This was the first sign that international mining giant Rio Tinto was about to begin copper mining activities in the area.

Support the call to ban mining in the Horizontal Falls area by signing this petition.