The Bunuba community has stressed the importance of the Garuwa (freshwater) places on their Country, the springs, waterholes and rivers. People visit Garuwa places for camping and milhabilinyi (hunting and fishing); some of these sites hold immense cultural and spiritual significance, being the resting places of creator beings, and are interconnected through junba (songlines) as outlined in Jalangurru Muwayi: Bunuba Healthy Country Plan 2018. The Bunuba community wants to develop a monitoring program for Garuwa places, incorporating the best of cultural and scientific approaches.

Environmental DNA (eDNA), is an emerging technique for biodiversity surveys. As animals swim in or drink from water they leave behind DNA in the form of skin, feathers and other tissue. The method involves collecting water samples, then analyzing them to see what DNA is in the water. This DNA is then compared to sequences from previously studied species. Sampling eDNA offers the possibility of rapidly detecting many species simultaneously, which can be much easier and quicker than other methods (e.g. fishing or netting) and has the advantage of potentially detecting animals otherwise difficult to find.

Twelve Garuwa places were sampled in the late dry season 2020 by Bunuba Rangers and EK staff, to trial the use of eDNA in the Kimberley: six sites in October before the onset of wet season rains, and six in December after Fitzroy Crossing had recorded between 80 and 150 mm rainfall.

DNA from 36 types of vertebrate animal was detected across the twelve sites, including 17 types of fish, four frogs, eight birds and four mammals, as well as freshwater crocodile and two types of freshwater turtle. Two fish: Bunda (spangled perch) and Walmarri (rainbowfish) were detected at all twelve sites.

Twenty-seven types of animal were detected across the six samples taken prior to the onset of the wet season (sampled October 2020), while 20 types were detected from the six samples taken after the rains had started (sampled December 2020). The sample with the greatest number of animal types detected was from the Brooking Gorge site, just below the confluence of Brooking Creek and Homestead Creek, with 16 animal types recorded from this site alone.

More types of aquatic animal (i.e. fish, crocodile and turtle) were detected in the October sampling than the December sampling, indicating that such species may be harder to detect after heavy rain. In contrast, all frog detections were from samples taken after rainfall, presumably a result of increased activity of these species (particularly spawning) in response. No clear patterns in the detectability of bird and terrestrial mammals were obvious with the current sample size.

Many Kimberley species remain understudied, which means that a large number of DNA sequences could only be matched at Genus or Family level, limiting the interpretation of our results.

It is also evident that we missed many well-known species from the Garuwa sites, the most obvious being Gayi (freshwater crocodile), which wasn’t detected from Danggu, a place known for its large resident population.

We feel that a dedicated research project should be established to investigate the reliability of the DNA methods in the Kimberley. If we can be sure it is reliable, then we feel that eDNA sampling will become a very powerful tool, quick, cheap and effective, for sampling biodiversity in the Kimberley, allowing ranger teams like Bunuba to efficiently assess the health of their Garuwa places. 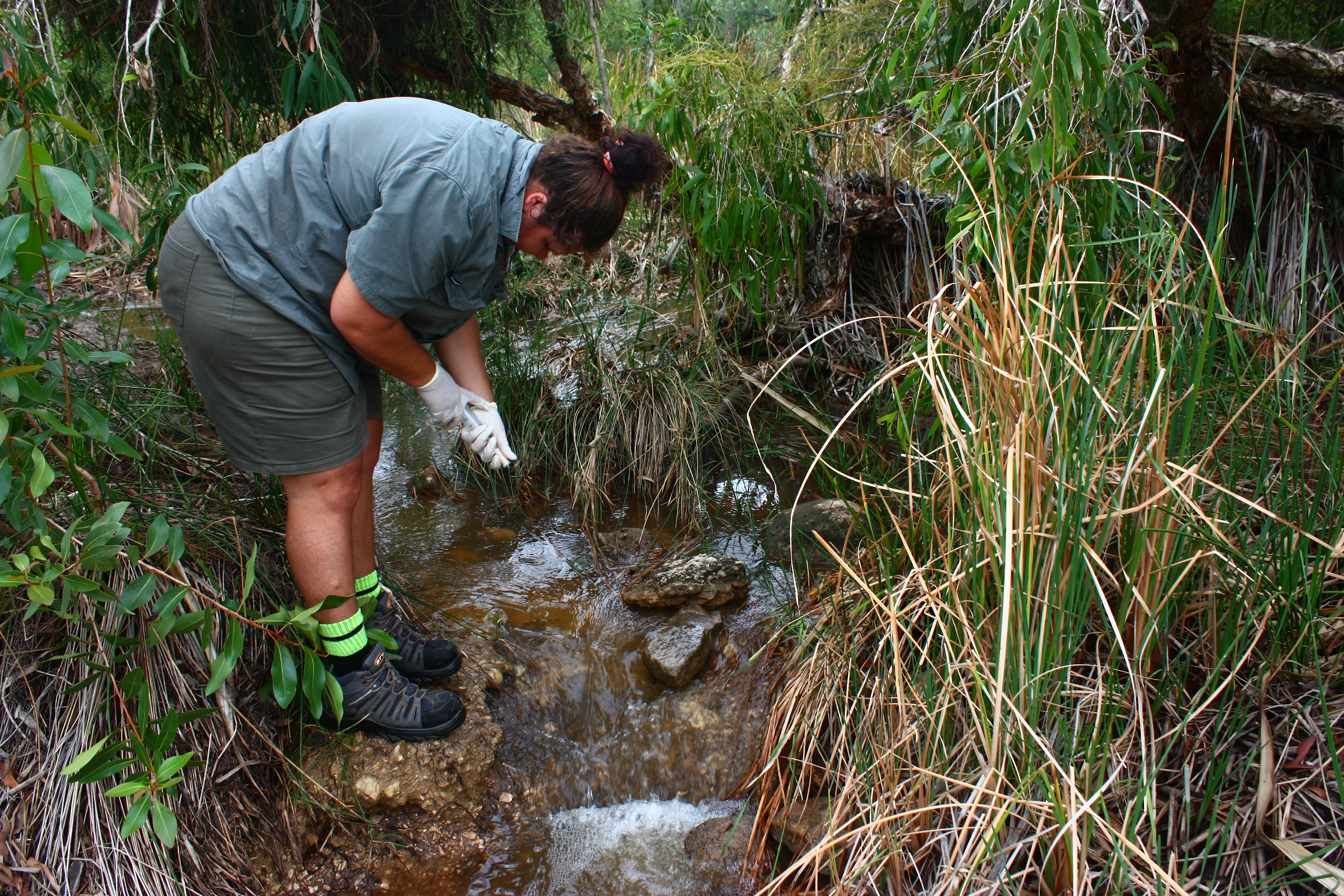 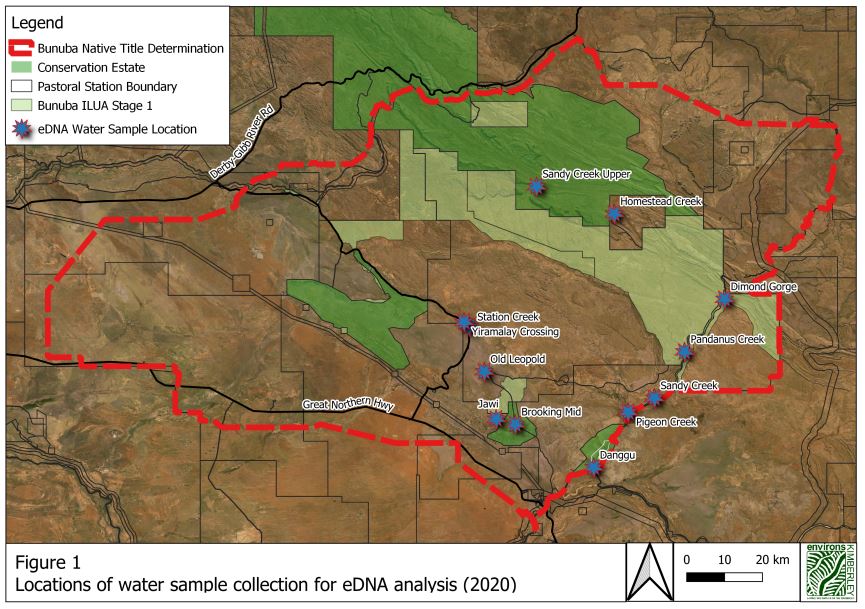