Parkinsonia or ‘Parky’ is a Weed of National Significance, considered one of the country’s worst because of its invasiveness, potential for spread and environmental and economic effects. It forms impenetrable thickets, harming biodiversity and leading to losses in grazing productivity.

What we have done

The project included first identifying and surveying for Parkinsonia, mapping several infestations and then undertaking cooperative control works. In this time, the rangers have gained skills and capacity to control weeds.

Several times a year, the rangers and station staff have been returning to the site to cut and paint the shrubs, pull the larger trees out with vehicles, remove seedlings by hand and burn the piles of weeds and seeds on site.

The KNP team designed the project, lobbied for funds for resources and ranger time and worked alongside rangers on the ground to map, monitor and control weeds.

In May 2016, what is thought to be the last of the Parkinsonia seedlings were removed. 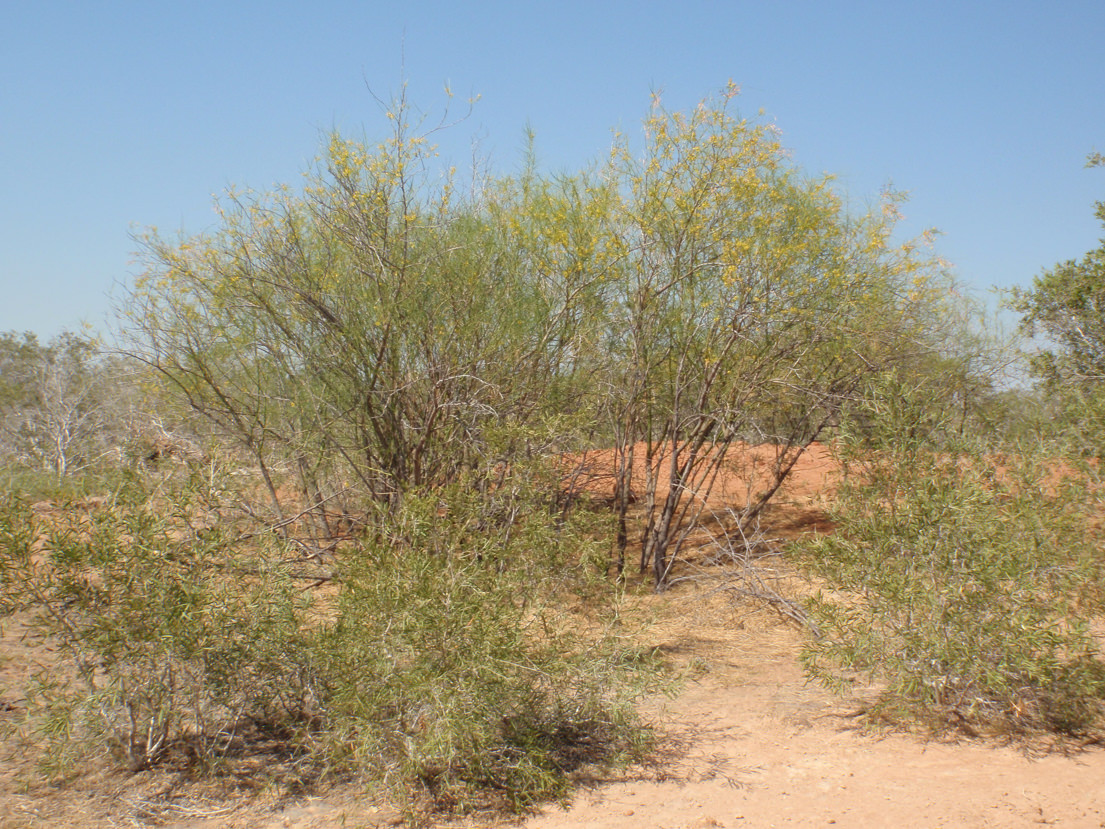 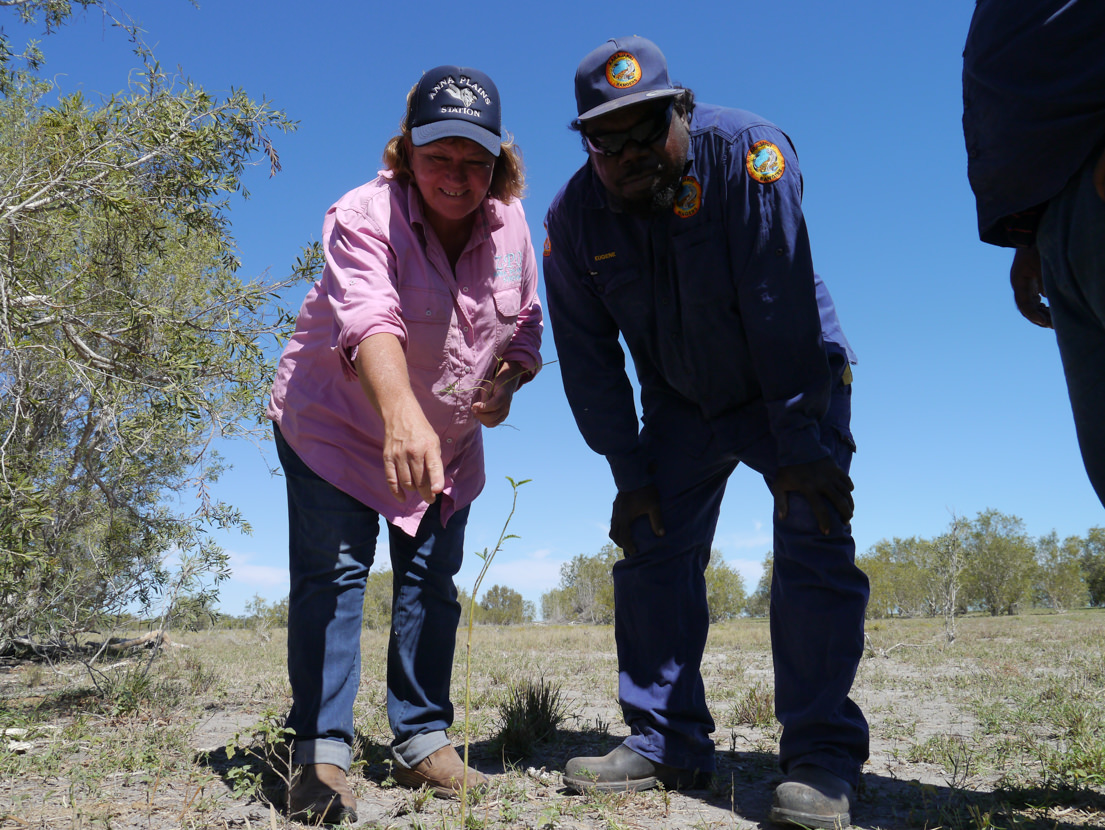 Because the seeds remain viable in the soil for several years, the project team will continue to monitor the area.

KNP will continue to help the Karajarri Rangers and the Anna Plains pastoralists to monitor the area and bring quickly under control any new incursions of Parkinsonia or other serious weeds.

We will also identify where else we can support farmers and communities to work together to control highly invasive weeds.

Now this is story of weeds and friends, I missed the beginning but can now see the end.

I think that it started with a drive on the plain; by some friends of the country with weeds on their brain.

Suddenly there standing bright green and tall, were hundreds of Parkys, yellow flowers and all.

This infestation they couldn’t ignore, but continued their drive to discover some more.

Gary, John, Jess, and a lady called Lu, they cared for the country and knew what to do.

Gary’s right up there for killing all weeds, and training the rangers for him is a breeze.

John and Jess did the work on the ground, with rancher’s and rangers and us mob from town.

Lu rang and emailed and hassled all around, and kept it right up till some funding was found.

They went back to Anna Plains to talk to that mob, to work out the best way to take on this job.

Well Helen and David were happy indeed, to work with the rangers and take out this weed.

They found more while mustering and flying around, and put in some tracks for us on the ground.

They tore down some big ones when they had the time, and still kept the property running just fine.

The Karajarri rangers are regulars there and we at EK; well we’ve all done our share.

We cut ‘em and stumped ‘em and pulled ‘em with chains; and over the years went again and again.

Now 2016 we’ve been driving around to all the old places that Parky was found,

There are no more patches of prickle and thorn, I’m thrilled to report now that most of its gone.

We only find babies a long way from seed, and hand pulling them is quite simple indeed.