FinBook Roebuck Bay is out

An unusual book that contributes to Roebuck Bay’s enigmatic Snubfin Dolphins was released this week. FinBook Roebuck Bay is packed with photographs of the dorsal fins of the bay’s resident population of 130 Snubfin Dolphins. The average punter can easily identify which dolphin they have seen, and put a name to a fin. In conjunction with this, is the release of the Dolphin Watch app which can be downloaded to your phone, making it easy for anyone to record sightings of the rare dolphins and contribute to important research. 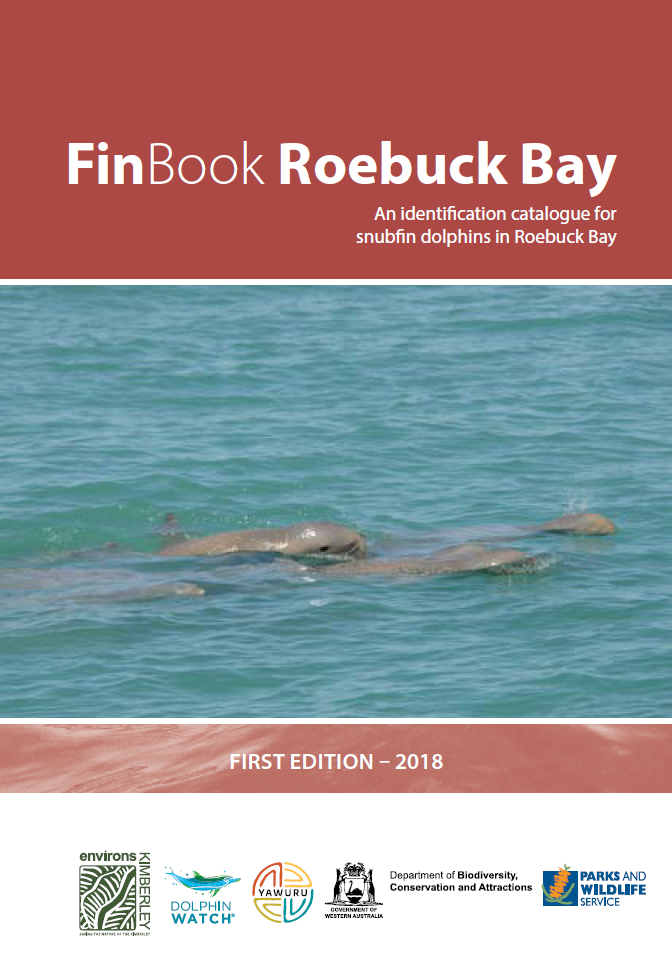 FinBook -  an identification guide for snubfin dolphins of Roebuck Bay.

Snubfin research began in 2004 in Roebuck Bay and the population appeared to be in bad shape, with 75% of dolphins containing horrific wounds on their fins and backs. After years of campaigning by Environs Kimberley and other local groups, in November 2013 the WA State Government removed the commercial gillnet licenses operating in the Bay. This meant 60 tonnes per year of the Snubfin’s favourite food, Threadfin Salmon, that were previously caught in gillnets, remained in the Bay, and the Dolphins no longer risked being entangled in nets.

In October 2016 the area was formally protected within the Yawuru Nagulagun Roebuck Bay Marine Park, where gillnet fishing and mining are banned. Today the Snubfins appear to be in great shape, with the savage wounds of the past disappearing and dozens of new babies popping up every year. Now all we need is a sanctuary to bring the marine park into line with world’s best scientific practice for conservation.