In August 2019, there was a series of hot fires around Broome, which burnt significant bushland in Minyirr Buru Conservation Park. These fires affected a large area of the park as well as three Threatened or Priority Ecological Communities. These three communities were the Endangered Mayingan manja balu (Monsoon Vine Thicket), the Priority ecosystem Minyjurru (Sersalisia sericea) woodlands on relic dunes and the Priority Gunurru (Cable Beach Ghost Gum, Corymbia paractia) community. As these communities are not only ecologically but also culturally important, there was a lot of concern from Yawuru people and the wider Broome community about the impact these fires would have. We have therefore selected 24 sites to monitor the effects of these fires on the three vegetation communities.

This year we were able to continue the vegetation monitoring that we started two years ago, thanks to support from CSIRO and Rangelands NRM. Of the 24 sites selected, eight were selected from each community. A standardised survey methodology was employed, consistent with all sites in the Monitoring, Evaluation and Research (MER) network Australia-wide. The network’s aim is to better understand the effect fires are having on the Australian bush. 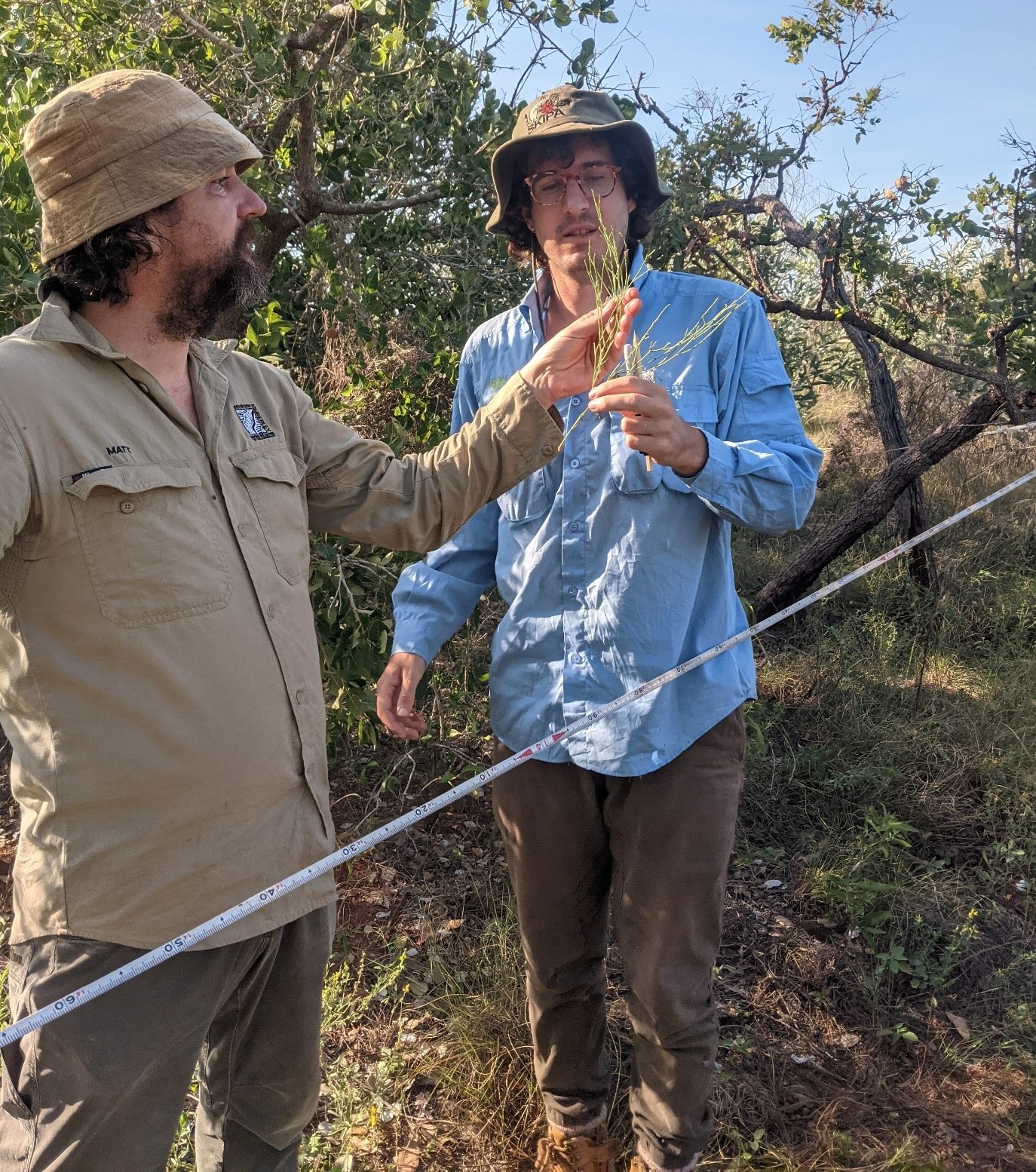 This was the first year of the two-year monitoring program with CSIRO, and we successfully collected over 100 different species across all the different sites; in one of the Minyjurru sites there were 60 distinct species. We will continue to monitor the sites into the future to see how these communities recover from hot wildfires.