The Community concert for the Fitzroy and Margaret Rivers was held on Saturday 26th October at the old Fitzroy Crossing causeway and riverbed. It was a hot day and as the proceedings began at 4pm there were rain clouds in the distance and the crowd was coming in slowly. The music started full of youthful enthusiasm, with the Fitzroy Valley District High School band with Jazniqua Bedford, Sasha Coleman, Tessika Bennet, Tarnisha Oscar and teacher Ben Coleman, beautifully harmonising their own song ‘Shine with me and I will shine with you’. The crowd started to grow quickly as the sun was setting and a night of passion and music and dancing lay ahead. 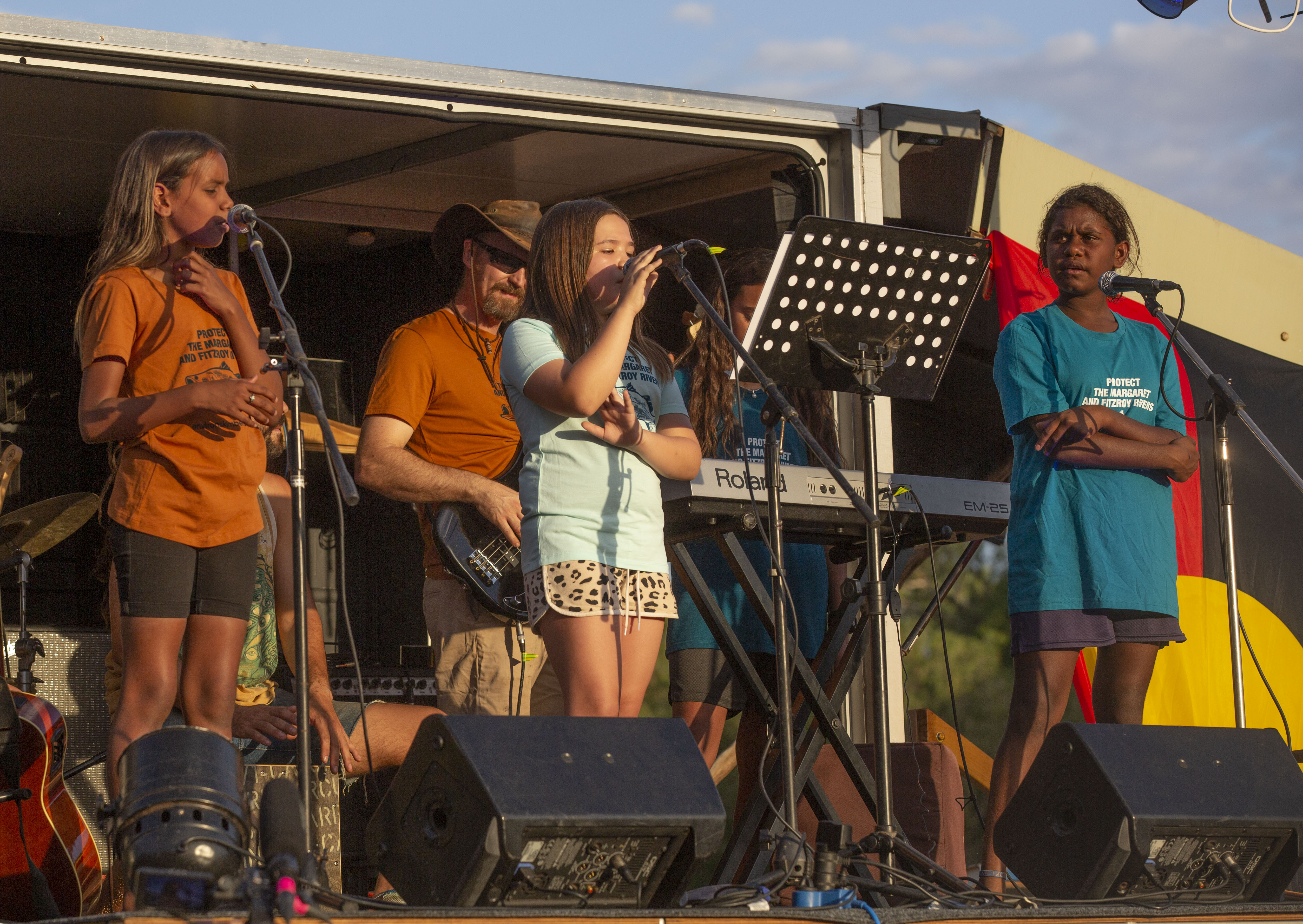 EK’s Martin, Tess, Malcolm, Christine, Carmel and I, as well as Monique and Linda from the Like Nowhere Else alliance, all attended and helped in the proceedings; it was good fun to work with the local community. Along with the Bunuba Rangers we cooked hundreds of sausages and fed the crowd, making sure they had the energy to dance the night away. Damian Kelly took some amazing photos to capture the occasion. 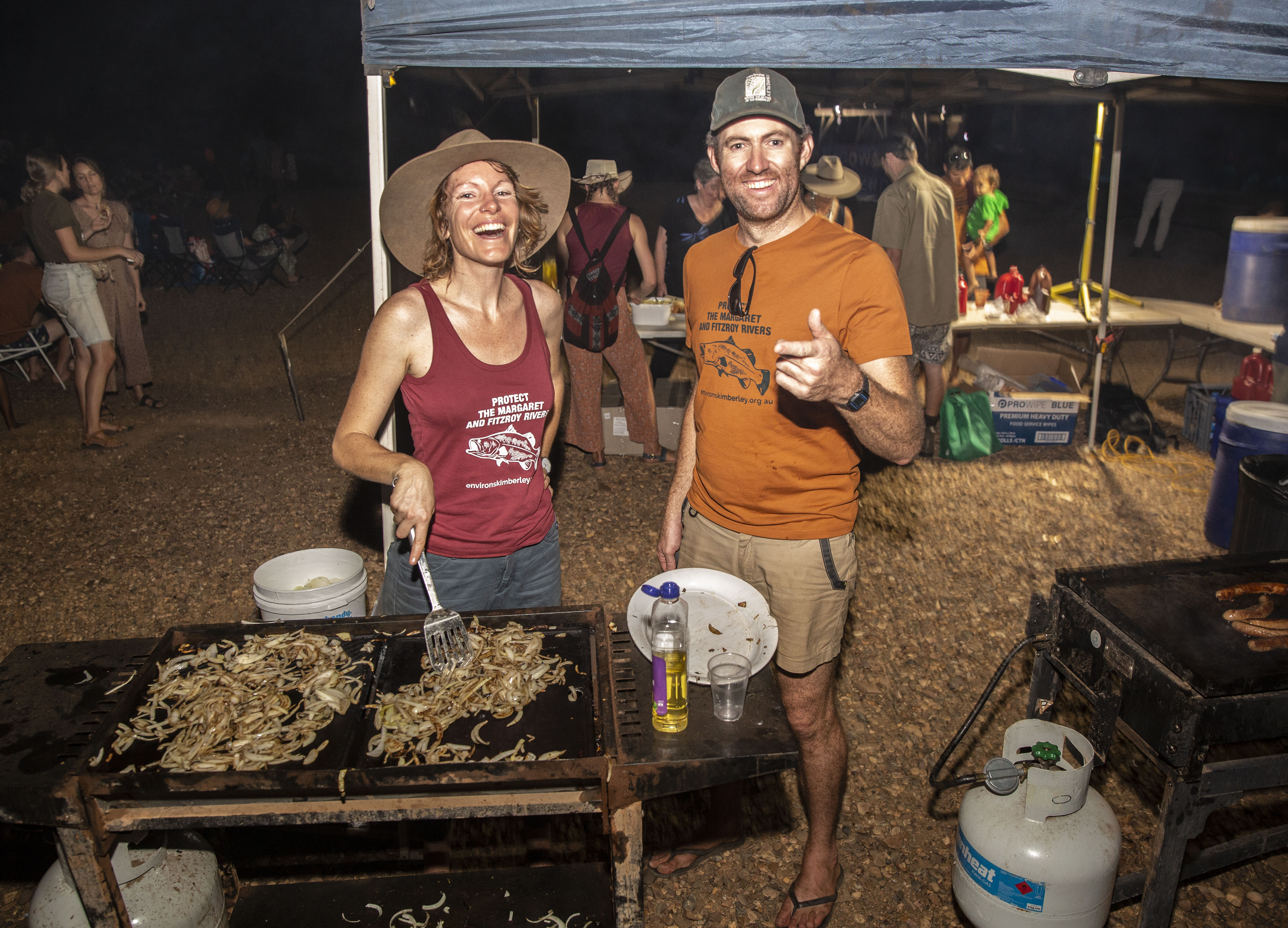 Mal and Tess cooking up a storm. Photo: Damian Kelly 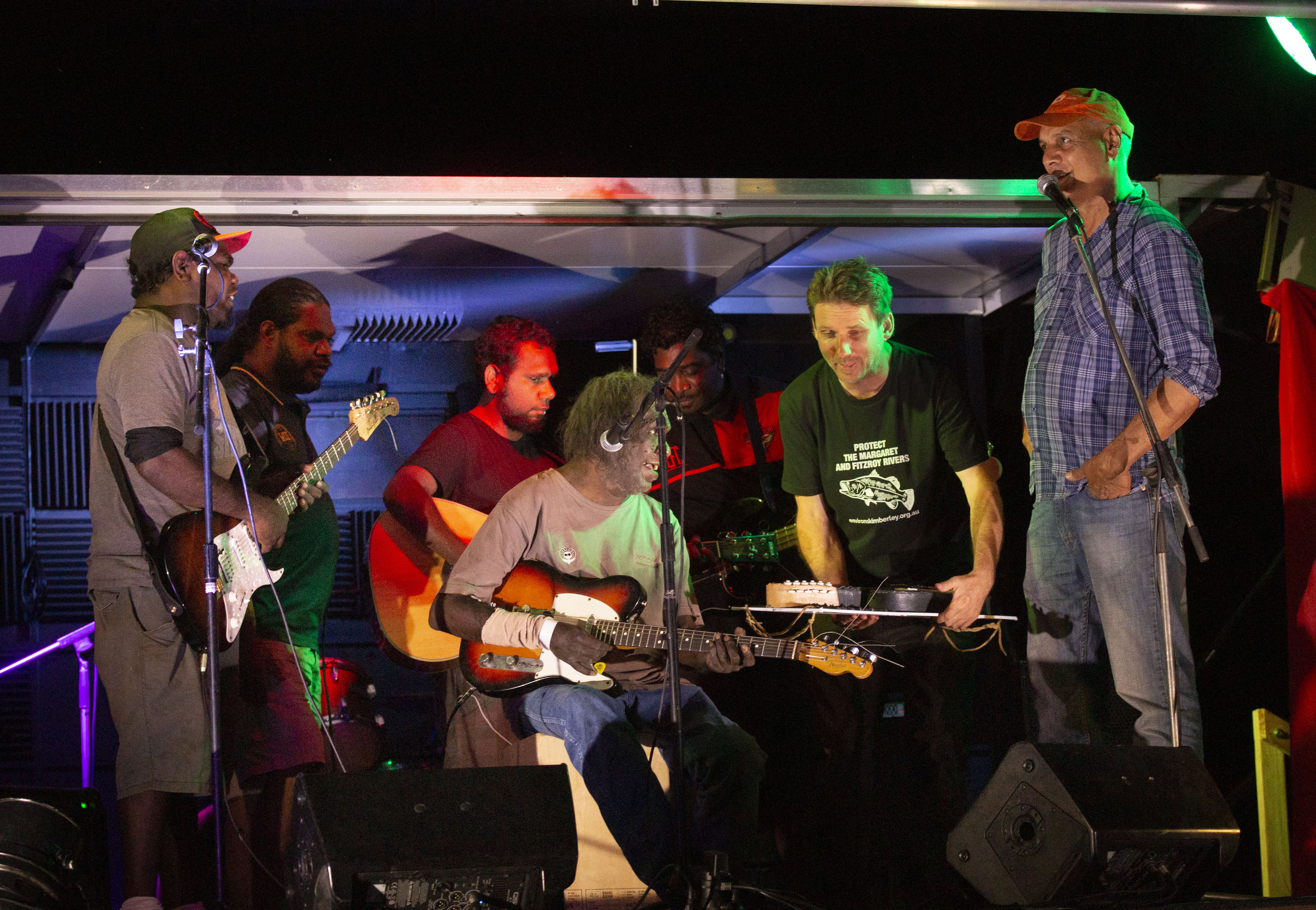 With a touch of bitter-sweet nostalgia I met up with Bunuba leader Joe Ross and we reminisced about how we met 20 years ago when we were campaigning against the proposal to dam Dimond Gorge on the Fitzroy River. It is comforting to know Joe is still involved and we vowed once again to stop inappropriate development along the River.

Hundreds of people came to celebrate the Fitzroy and Margaret Rivers and share their concerns about proposed exploitation of the wet season water flows. People came from hundreds of kilometres away to take part, and the Township of Fitzroy Crossing was well represented. This will be the first of many awareness-raising concerts until we get proper protection for the rivers. Coming together in a spirit of friendship and love of country is a very powerful emotion. It can be great fun being a part of Saving the Nature of the Kimberley. 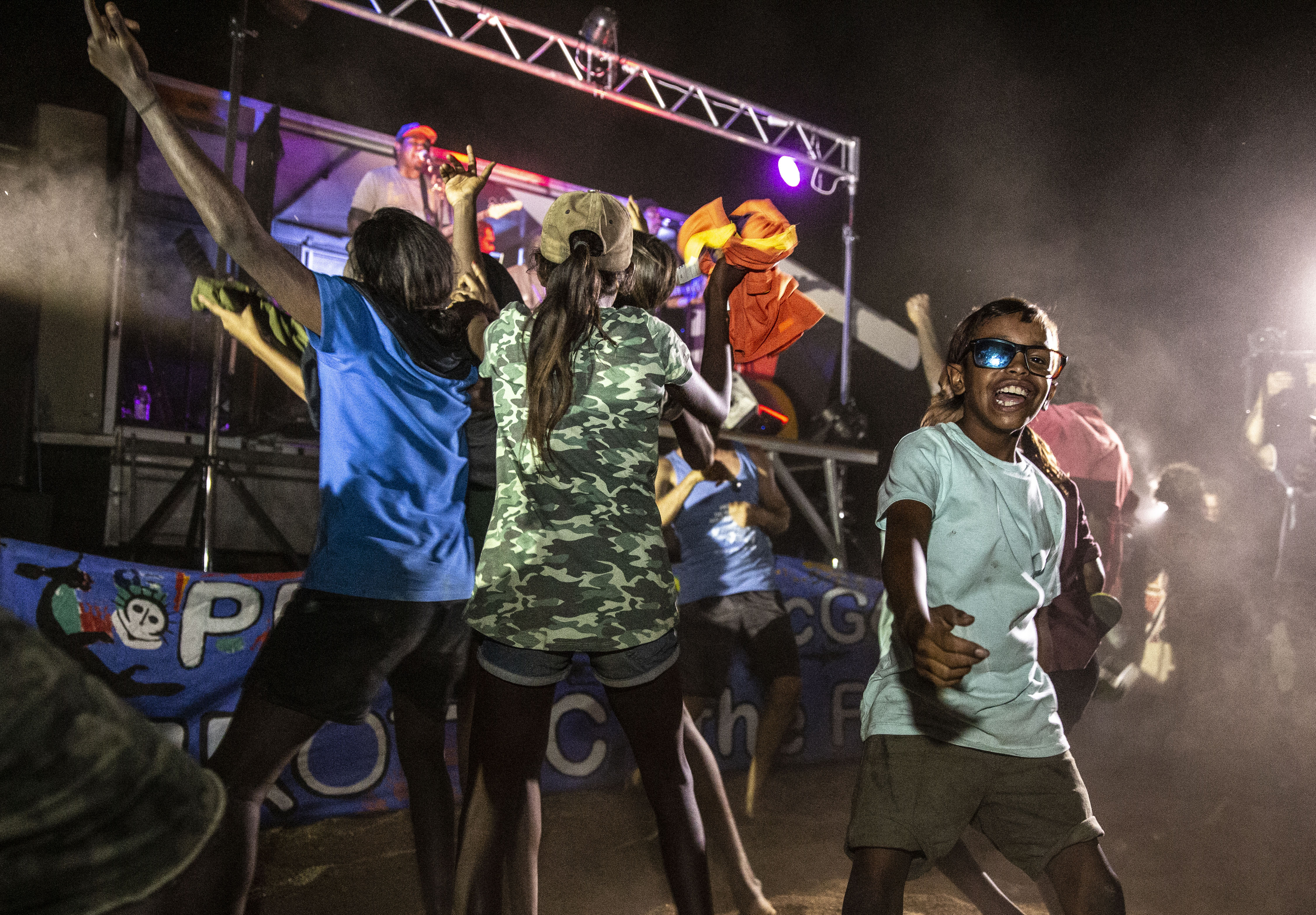 With special thanks to: all the musicians, speakers, rangers and volunteers; Joe Ross, Mary Aiken and Monique Middleton; Stafford Smith for the stage and production; Bunuba Dawangarri Aboriginal Corporation and Marra Worra Worra for supporting the event; Damian Kelly for the photographs; Stephanie King, PAKAM and Jozaus Claire for the filming and to everyone else who came along and had a great time.

By EK Board Member Criag Phillips