Fracking Decision in Kimberley Slammed – thin end of the wedge

Conservation group Environs Kimberley has slammed the Government’s decision to open up the Kimberley to fracking as irresponsible and destructive.

“This is straightforward, there’s a ban in the southwest, Peel and Perth regions and possibly the Dampier Peninsula because of the risks of this dirty, polluting industry, where is the logic of allowing it elsewhere? What the government is saying is that these places are special but these aren’t so you can frack there – that’s totally unacceptable,” said Environs Kimberley Director Martin Pritchard.

“This is the thin end of the wedge, once fracking starts it will not stop, that’s the only way this business can work, by constantly drilling and fracking new wells. What we saw with the previous Government under Colin Barnett was a removal of the Traditional Owner veto on James Price Point as soon as he came into power.

“It’s guaranteed that the Liberal Party will open the Kimberley up to fracking the next time they come into power. The Labor Party has just given them the keys to do that with this decision,” Mr Pritchard said. 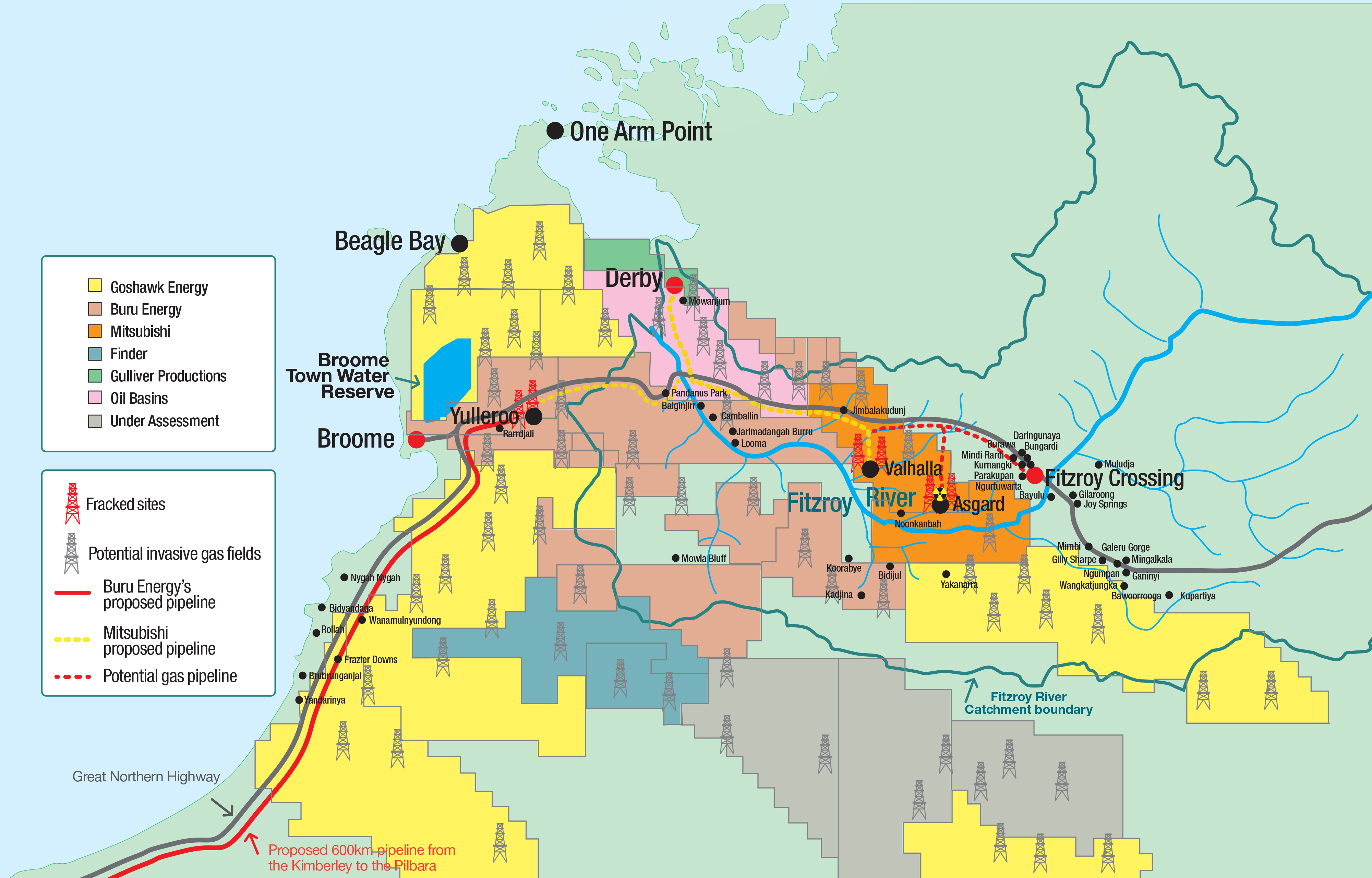 On the same day, the Government has also reiterated their election commitment to protect the Fitzroy River through the appointment of an independent chair to oversee the development of new national parks and management plans.

Environs Kimberley has welcomed the new Government led process on the Fitzroy River but says the Government is sending mixed messages on its plans for the river.

“In an era of increasing urgency and concern about climate change, how can the McGowan Government open up the Fitzroy River to invasive gasfields whilst also saying they will protect the river and support sustainable development?” asked Mr Pritchard.

“Fracking could see thousands of new wells drilled across the Kimberley landscape; the pollution of pristine water sources, and the release of billions of tonnes of new carbon emissions into the atmosphere.  This is the kind of decision we’d expect from Donald Trump who is opening up the Arctic to oil exploration”

“The majority of Traditional Owner groups in the Kimberley have voiced their formal opposition to fracking, along with major environmental groups and farmers from across the state.  We also know the majority of voters in Western Australia don’t want fracking, but want Government to plan for a sustainable economic future.”

“This is just the beginning of the fight to stop fracking in Western Australia.”