Fracking is not safe. Ban in the Kimberley is the only acceptable option

“If we want to guarantee that we have a supply of clean water, that we can breathe fresh air and enjoy a healthy environment that provides food and opportunities to rest and recover from the challenges of everyday life. as well as ensure that existing industries are not damaged, then we have only one option — to ban fracking in the Kimberley,” said Environs Kimberley Director, Martin Pritchard. 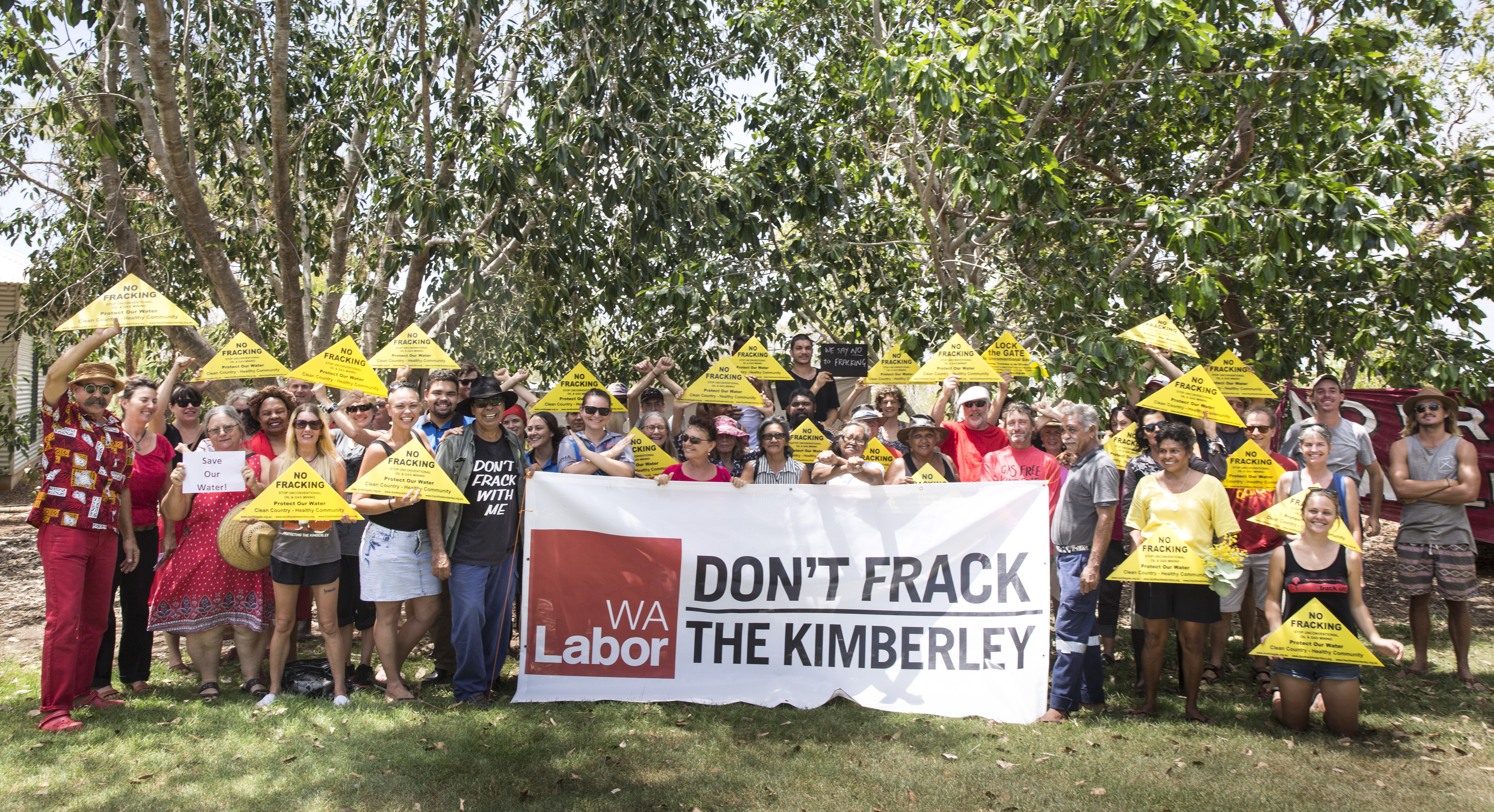 “Our investigations into fracking have shown that there are major risks to health, the environment and existing sustainable industries, risks that are not worth the short-term profits that would flow to shareholders and investors who do not live in the region,” Mr Pritchard said.

“EK’s investigations have found a litany of misinformation and denials about fracking from the Barnett-Grylls Government, as well as from the fracking industry itself. We’ve done this through Freedom of Information applications, through questions in parliament and through the media in order to hold the industry and government accountable.

“What we’ve found is a failure of regulation and attempted cover-up of poor practices, a culture of denial and of intimidation, with threats against public officers – it’s a shocking indictment of an industry that wants to industrialise the Kimberley,” Mr Pritchard said.

Australia has signed the Paris Agreement, which means we’ve committed to reducing our greenhouse gas emissions in line with the climate treaty’s long-term objective to hold global temperature rise to “well below” 2°C above pre-industrial levels, and pursue efforts to limit it to 1.5°C. If the Canning Basin is developed it would blow Australia’s carbon budget twice over on its own.

“When given the choice between renewable energy and gas from fracking, there is virtually no one who supports fracking except the industry itself,” said Mr Pritchard.

Please see the EK submission to the fracking inquiry here.