The WA Government is deliberating on the future of our state right now. They have been handed a report from the WA Fracking Inquiry, which has NOT been released to the public. Premier McGowan is now saying his cabinet will decide whether or not to frack our state.

Fracking will put the Kimberley’s water at risk and fuel dangerous climate change. Right now, we need to stand together to make sure the government hears our calls to ban fracking permanently in the Kimberley and all across the state.

Our local member of parliament, Josie Farrer MLA, has courageously called for a ban on fracking but has also asked the community to back her up. If you are in Perth please attend the ‘Ban Fracking in WA’ rally to support the call to protect the Kimberley from this polluting industry.

On Thursday 11 October at 12 noon, there is a major rally at Parliament House in Perth. We are calling for a permanent legislated statewide ban on fracking in WA.

Farmers, Traditional Owners and regional community members will be presenting an official petition to the state government containing thousands of signatures calling for a permanent, legislated, statewide ban on fracking in WA.

Please RSVP here or on our Facebook page, and share through your networks at this critical time.

In the meantime, please keep calling and emailing your local MP and let them know you want them to support a permanent, legislated, statewide, ban on fracking in the Kimkberley and WA. Ask friends and family to do the same. The efforts you have done so far are working and a growing number of MPs are indicating they will support a ban but the gas fracking companies are mobilising and lobbying hard as well. 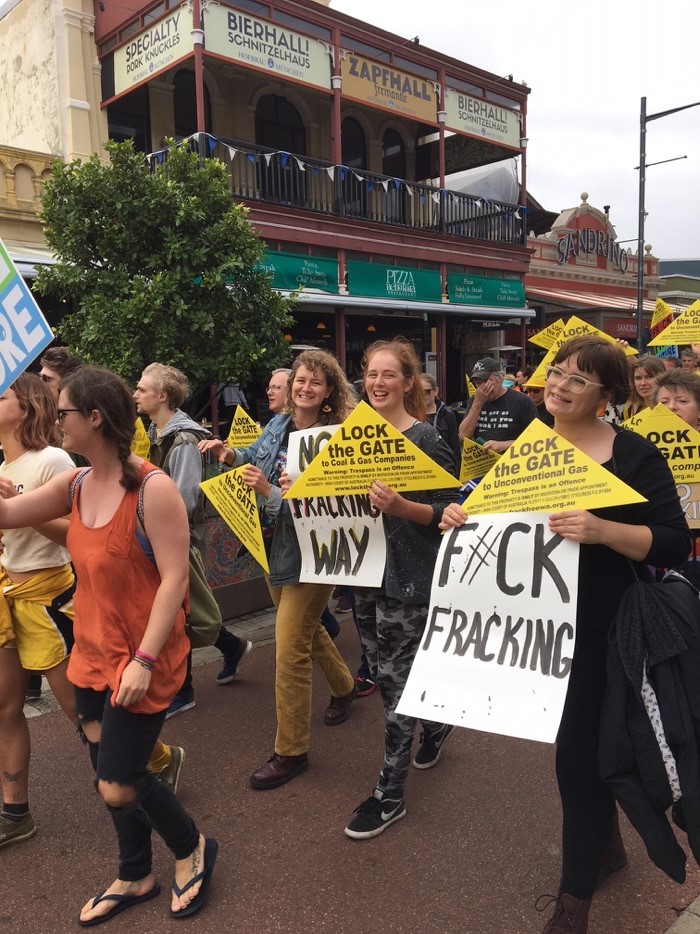