Gouldian finches (Erythrura gouldiae) were once found in enormous numbers across northern Australia. Today, these brilliantly coloured birds are endangered, with as few as 2,500 left in the wild.

Among the main causes for the decline in numbers are uncontrolled late season fires, which burn trees that form nest hollows and reduce the amount of grass seed available as food. Additional threats include habitat loss through cattle grazing and the disturbance of waterholes, the clearing of tropical savannah woodlands for developments such as mining, and feral cats. 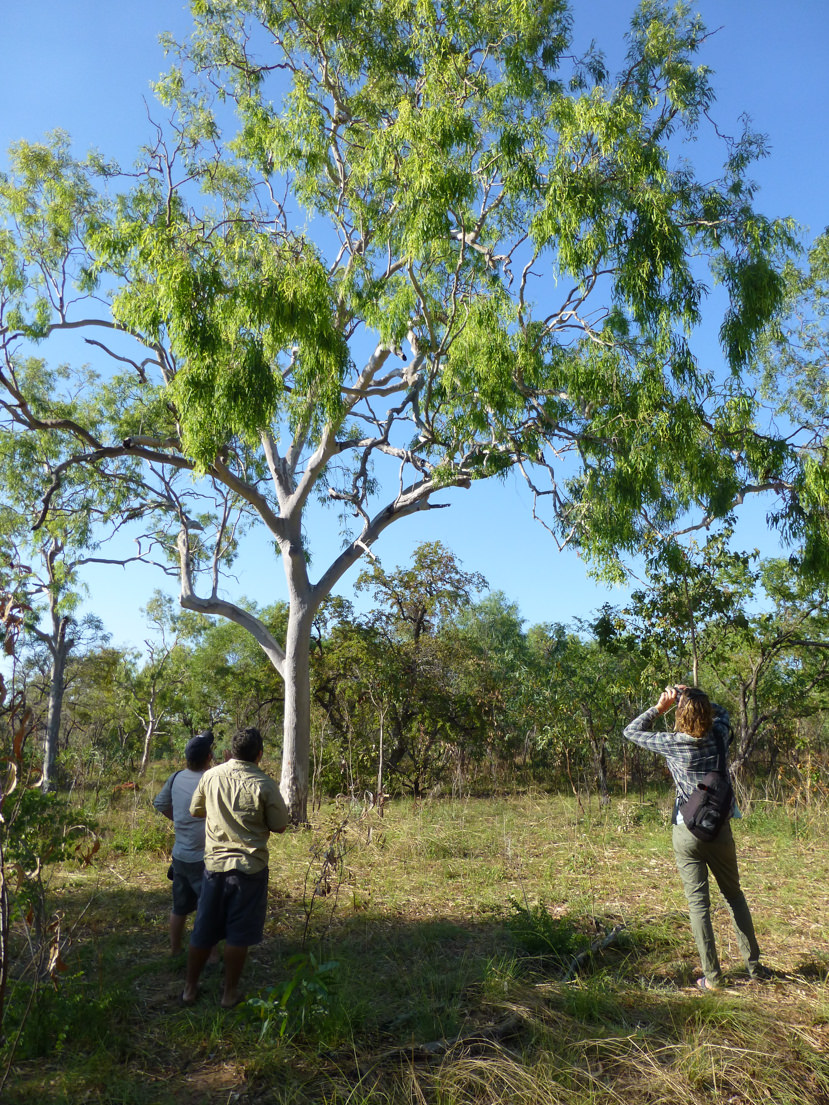 Together with the Bardi Jawi and Nyul Nyul Rangers and WWF Australia, the Kimberley Nature Project (KNP) has been monitoring, surveying and helping to protect a small population of Gouldian finches on the Dampier Peninsula.

We surveyed during breeding season to identify key breeding habitat by playing their breeding calls, which attracts territorial males. We found two key breeding sites on the Dampier Peninsula where large hollow bearing trees have not been affected by wild fires.

We have also surveyed in the late dry season around watering points using camera traps, having observed up to 50 juvenile and adult Gouldian finches drinking.

We continue to support the rangers in monitoring the Gouldian finch populations on the Peninsula, in providing artificial nest boxes, running community awareness activities and conducting fire management to reduce late season fires.