Bugura led us across the sandplain towards a lush green patch of vegetation that stood out from the surrounding, comparatively dry landscape. She was taking us to Tangi, an extremely remote jila or desert waterhole that she used to camp at often when she was a young girl living in the desert.

We comprised a party of forty: the Ngurrara Rangers, Traditional Owners and Elders, anthropologists, and staff from Mangkaja Arts and Environs Kimberley. This was a significant trip since we were visiting two important, deep-desert jila, which some elders had not seen in decades. It had taken us four long days to drive to the waterhole from Fitzroy Crossing, making our own track through the difficult, sandy terrain. EK staff were there with the Ngurrara Rangers to collect data as part of a new Jila Health Project. This project supports the rangers in monitoring and managing jila on their Country, protecting these waterholes from threats such as weeds and camels. The project also facilitates trips for rangers and Traditional Owners to go back to these significant places so that they can continue to practise culture and look after jila. We spent four days monitoring biodiversity around the jila and recording the stories and traditional names of all the important plants and animals observed, as told by the Elders. We found a Bilby burrow with fresh tracks just near Tangi, recorded zebra finches flying into the jila once it filled up with water and caught several species of lizards which lived in the green jila vegetation

The highlights of the trip were watching the old girls paint their Country using bright colours, and the men perform traditional dance by firelight, and listening to Bugura and the other Elders tell stories about life in the desert before they walked out onto cattle stations and communities. 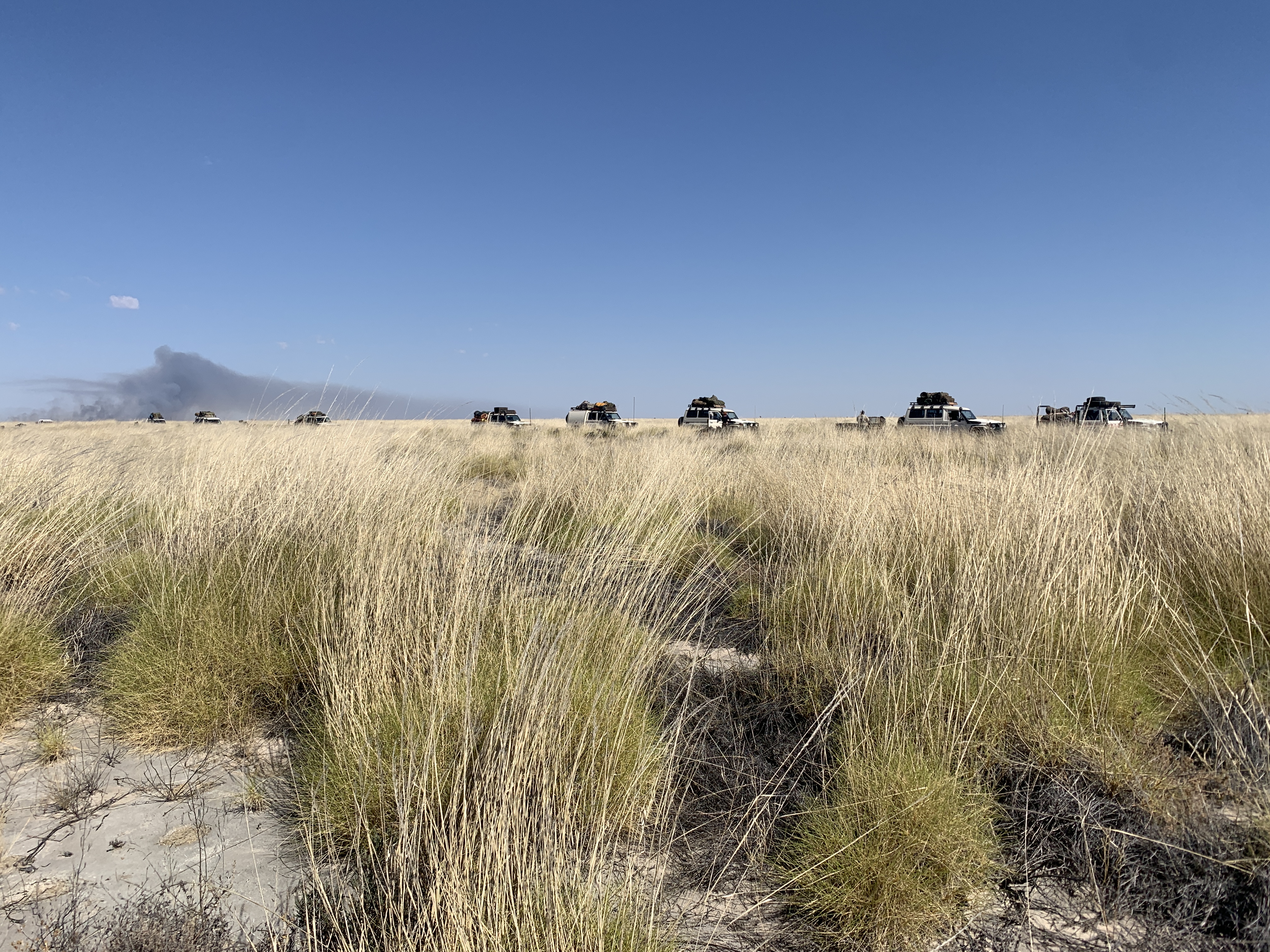 Convoy of cars on the way to Tangi. 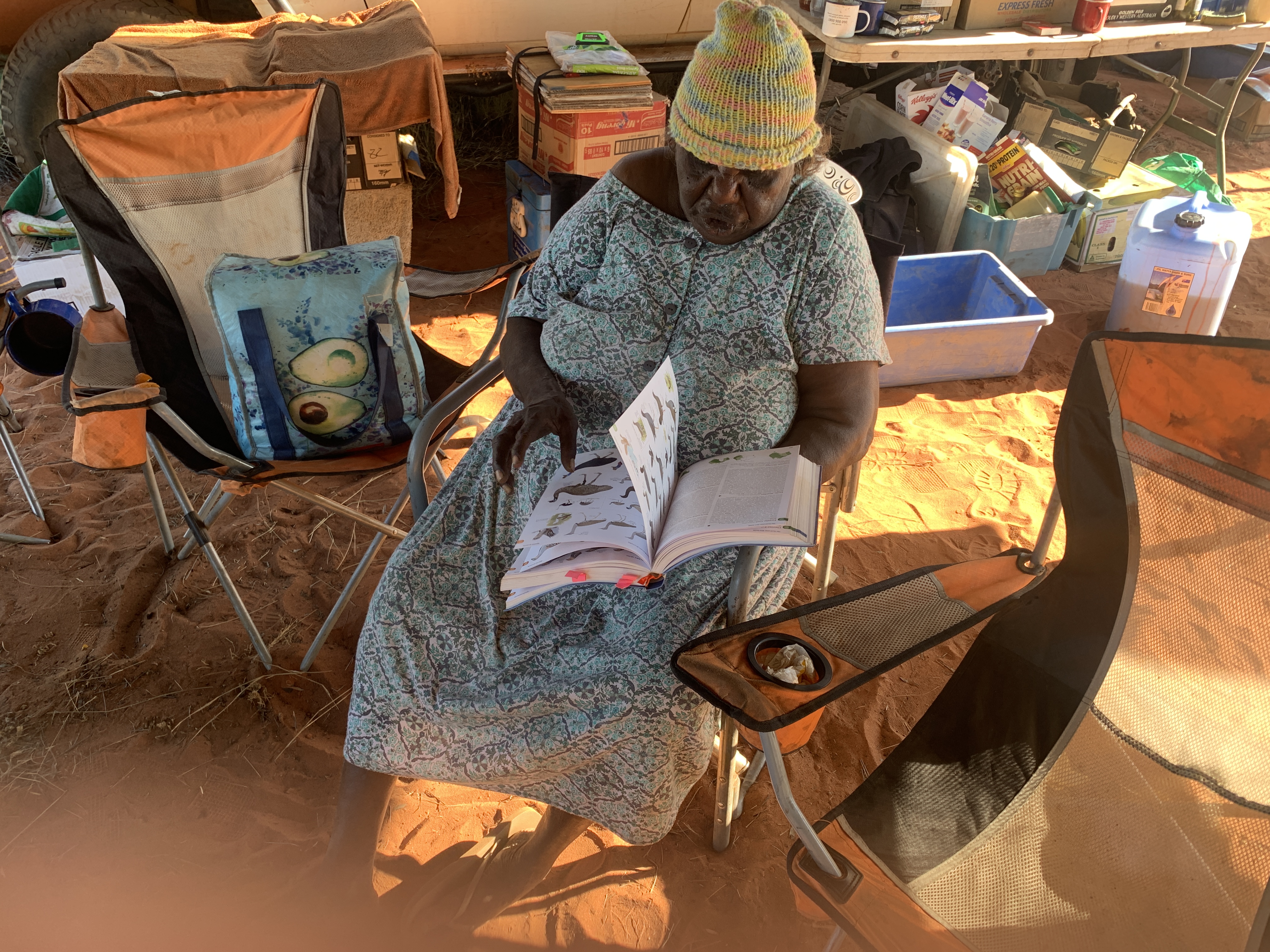 Bugura looking through a field guide of birds to provide stories and language names.