The area has cultural significance for Yawuru and other Aboriginal people, with its abundance of food and medicinal plants, and cultural sites. The park is a well-used coastal recreation area that is managed by the Yawuru traditional owners, the Shire of Broome and Parks and Wildlife Services.

Over the last 30 years, the Reserve has become infested with weeds and degraded by changes in drainage (water run-off and soakage) and fire patterns, in large part because of its proximity to residential developments.

Working with the Nyamba Buru Yawuru Country Managers, Parks and Wildlife Services’ Yawuru Rangers, and staff from the Shire of Broome’s Parks and Gardens team, we (Environs Kimberley staff) and SKIPA volunteers have been mapping and eradicating weeds from Minyirr Park.

What SKIPA has been doing

In 2012, the volunteer bush-care group Society for Kimberley Indigenous Plants and Animals (SKIPA) – auspiced and supported by EK – initiated a cooperative and novel approach to combating invasive weeds in Minyirr Park.

The project partners came together to develop weed management plans for one site. We adapted a method of weeding that encourages the regeneration of native vegetation, applies the most suitable treatment for each group, and requires minimal use of chemical treatments. 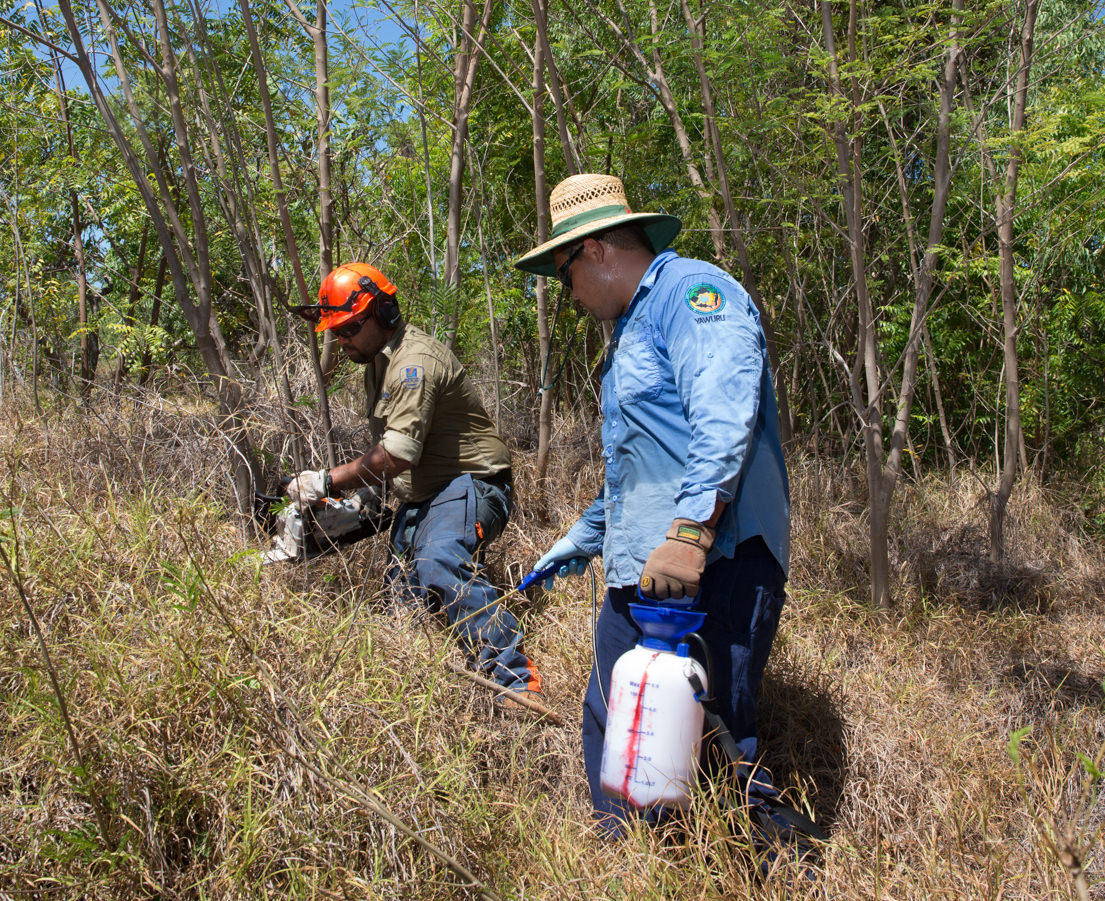 We began weeding a relatively healthy area of vine thicket and moved outwards, returning to the site regularly to remove new weeds. When conditions permitted, we removed many of the seedling and juvenile weeds by hand. We slashed grass-weed species, which we then treated with chemicals and covered in mulch. We used chainsaws on larger weed-tree species, followed by selective chemical treatments.

Over two wet seasons, we revegetated two plots at a site that had been previously weeded. This site has been weed-free for over five years.

The project demonstrates how a relatively healthy (i.e. weed-free) bush site can be achieved through a cooperative approach that prioritises regular monitoring and return visits.

We’ve held many weeding and tree planting days, ‘walks and talks’, and community education activities with school students and others in Minyirr Park. We have also shared information and knowledge about native plants and invasive weeds through workshops for gardeners and landscapers, and have developed an interactive weed identification game and an MVT plant identification booklet.

What Environs Kimberley has been doing

Besides supporting and taking part in SKIPA’s ongoing weeding and revegetation work in Minyirr Park, we  saw the need for better coordination and planning of weeding work in Minyirr Park. In addition to SKIPA’s efforts, increasing weeding work was being done in the Park by a new Green Army team, by TAFE practical classes, by Rangers and by other organisations, yet none of it was planned or coordinated.

With some funding from Department of Biodiversity Conservation and Attractions, we have been running a process of coordinated weed mapping and management planning. We ran a number of planning meetings with relevant stakeholders to start a process of collaborative management. To set a baseline, we devised and ran two weed-mapping surveys, the latter, driven largely by Nyamba Buru Yawuru, entailing counting weeds along transects spaced at 75m intervals across the whole park. All this information will be included in a Weed Management Report, which we hope will initiate a new era of better coordinated weed management by stakeholders to reduce the weeds encroaching on the ecologically and culturally important Minyirr Park. 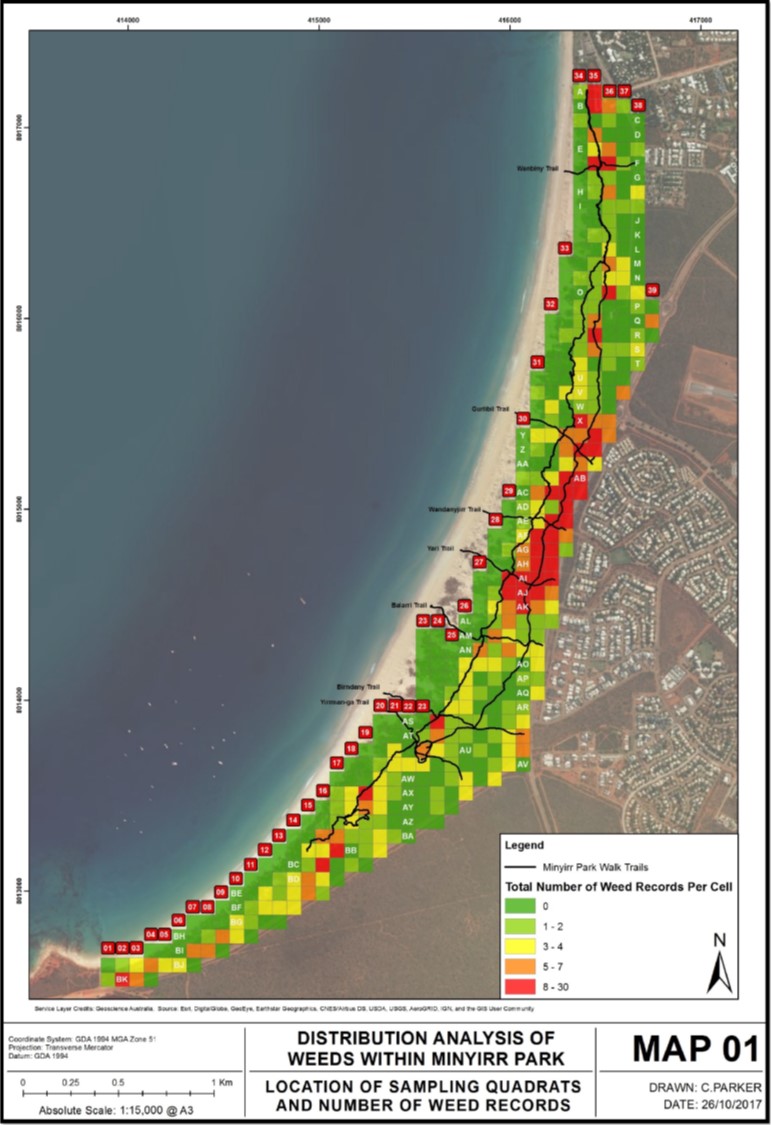 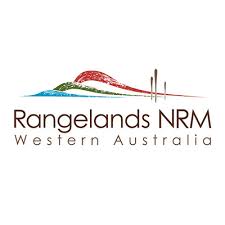 Links to media and interviews