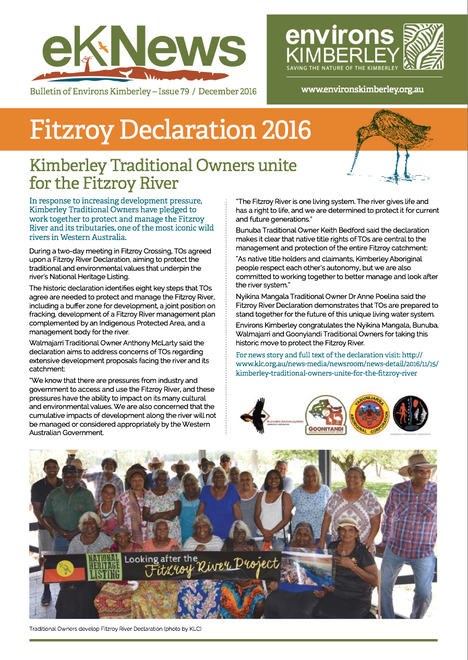 The December edition highlighted the Fitzroy River: the Declaration by traditional owner groups and our Director’s commentary about looming dam-and-irrigated-agriculture proposals. Our Chairperson recommended films and docos, and Julia reported on seagrass monitoring and beach clean-up. We mentioned the Rocky Horror Show, a special anniversary indulgence, and our AGM. KNP went to Kiwirrkurra, Jan went mud sampling and Jason wrote about the sex lives of Mackerel. We announced our annual awards for notable disservice to the environment. 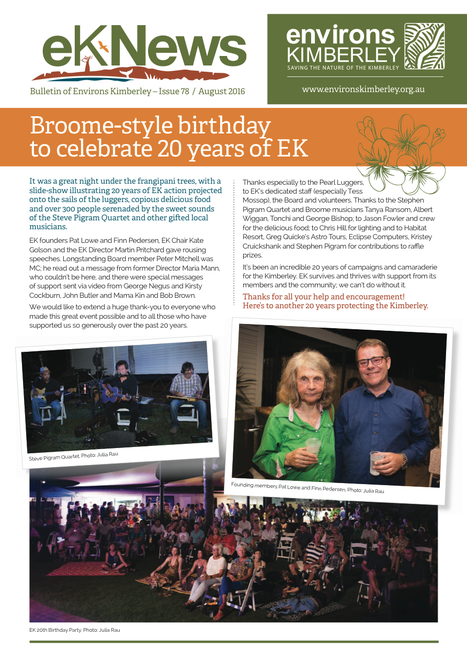 The August 2016 edition featured EK’s 20th anniversary celebrations at the Luggers in June with local musicians, which attracted a huge crowd. There were reports on an EK/SKIPA visit to Mornington Sanctuary 20 years on and our bumper Art Auction. The KNP informed us about their work monitoring Bilbies and Gouldian Finches, and we ran articles on Shorebirds, Cane Toads and Dinosaurs, winding up with Neil’s triumphal poem about the defeat of Parkinsonia on Anna Plains.