The North Kimberley comprises a vast area of land and sea, stretching from York Sound around to the Northern Territory border. Over 1000 islands dot a rugged coastline with many rivers and spectacular waterfalls plunging into the sea.

The only settlements on this coast are Kalumburu and Wyndham, and access to much of the coast is by sea or air. This environment is so rich in biodiversity that every scientific research trip finds new species of plants and animals. In this region are the most species-rich mangrove communities in the world, some of the world’s most diverse coral reefs (the Maret Islands alone have 210 species of hard corals) and six of its seven turtle species. Cape Domett is one of the largest Flatback nesting sites in the world. 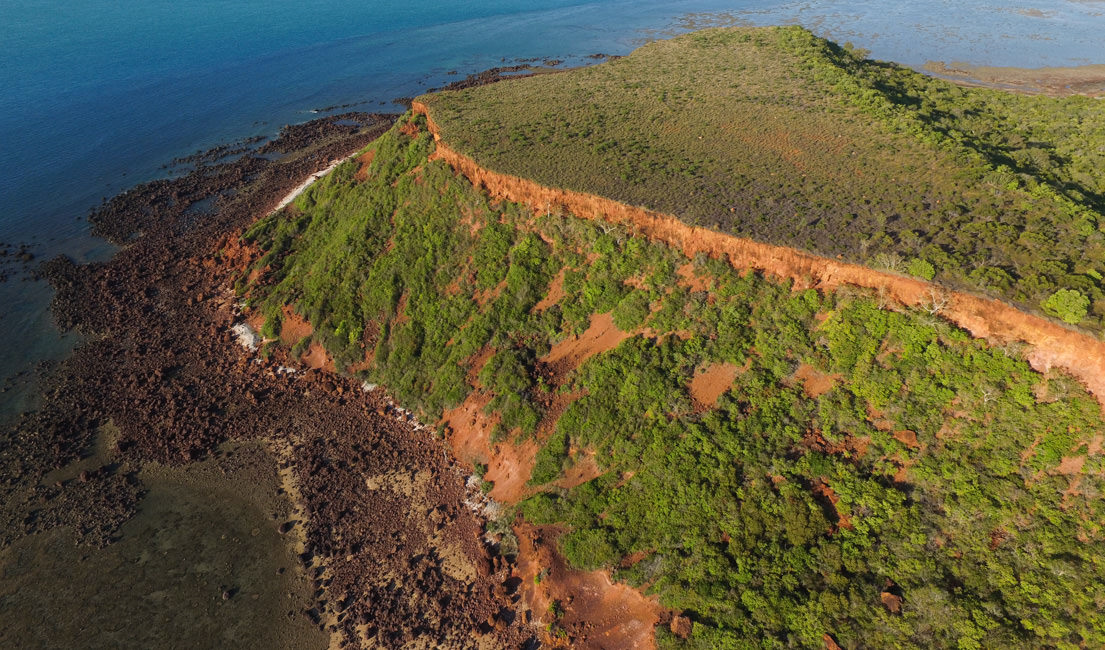 The creation of a marine park

In 2016, the State Government established the North Kimberley Marine Park. It is the second largest marine park in Australia and jointly managed by the Wunambal Gaambera, Balangarra, Ngarinyin and Mirriuwung Gajerrong traditional owners and the government.

While this has greatly improved the protection of the coastline, 65% of the park is still open to mining and commercial fishing, including the destructive gillnet fishery and a prawn trawl fishery.

In 2010, mining giants Rio Tinto and Alcoa decided not to extend their leases on the Mitchell Plateau because of its significance, but there are mining tenements covering the untouched Montelivet Islands, Crystal Head, Port Warrender, Cape Bougainville and Cape Londonderry, and the surrounding waters are blanketed with petroleum leases. A pipeline 890 km long runs from the Browse Basin gas fields to Darwin.

When the marine park was being planned, EK campaigned with tourism operators to have commercial fishing excluded from inshore areas, for more sanctuary zones and greater limits to mining. The government received more than 16,000 submissions from members of the public in support of stronger protection.

We are continuing to campaign for these aspects of the Park Management Plan to be improved.