Precious Fitzroy River should be protected

Opinion piece in the West Australian

All over the world people consistently overestimate the benefits and underestimate the economic and environmental costs of irrigation developments, and are surprised when they fail. Economists have a name for this: The Optimism Bias.

Paul Murray, in his support for irrigation development on the National Heritage Listed Fitzroy River, displays exactly this bias.

It has already played out in the Kimberley’s Ord Valley. $2 billion has produced just 260 agricultural jobs.  In the Fitzroy Catchment Agriculture supports just 136 jobs; Aboriginal people hold 15 of them. So how did the CSIRO report, commissioned by former Water Minister Barnaby Joyce, that Paul Murray cites come up with 5260 jobs for a $1 billion investment?

Professor John Quiggin from University of Queensland, has answered that question – it used an outdated modelling technique that overstates benefits. Quiggin remarked, “Reality is the enemy of irrigated agriculture, not greenies.”

Even the report’s authors wrote “…farm revenue from broadacre agriculture is unlikely to cover the cost of infrastructure for an irrigation scheme under current farming systems”.

“Traditional Owners … are concerned by the extensive development proposals facing the Fitzroy River and its catchment and the potential for cumulative impacts on its unique cultural and environmental values.

“……The Fitzroy River is a living ancestral being and has a right to life. It must be protected for current and future generations, and managed jointly by the Traditional Owners of the river.”

The Martuwarra Council has told media that they want the government to work with them to plan the future of the Fitzroy, and they “…want sustainable development that is complementary to protecting the river, not that would fundamentally change it”.

Traditional Owners have determined native title rights over most of the river catchment.

Proponents of irrigation consistently mention the average annual flow of the Fitzroy River.  This figure is meaningless.  Over the last 60 years, flow has varied between 294GL and 36,900GL per year. The river is more often dry than wet, with occasional floods. In six out of ten years flow is below average. 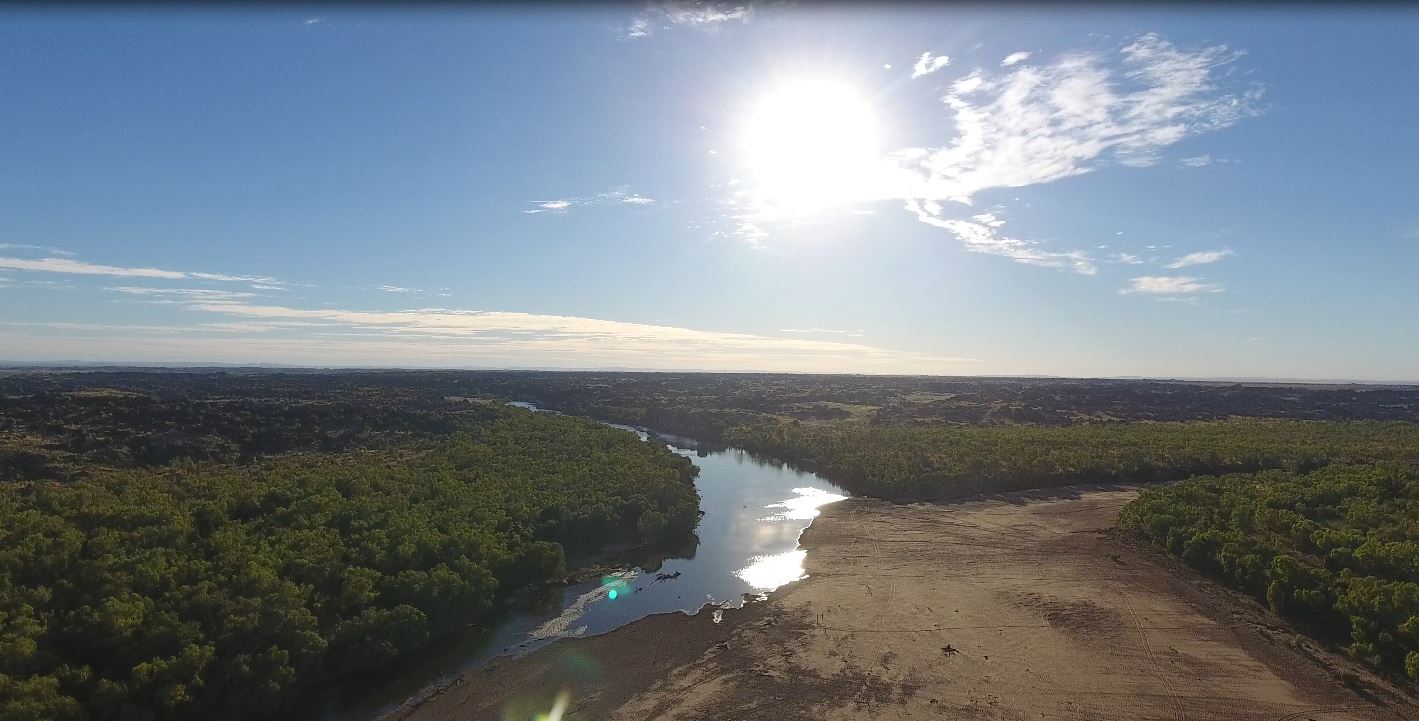 The water balance of the river is complex.  In the long dry season, the river does not run and wildlife survives in remnant pools fed by groundwater.

Wet season floods are crucial, producing an explosion of life.  Research on Northern Australian rivers shows that removing 20% of floodwater from the river would reduce barramundi stocks by 80%. 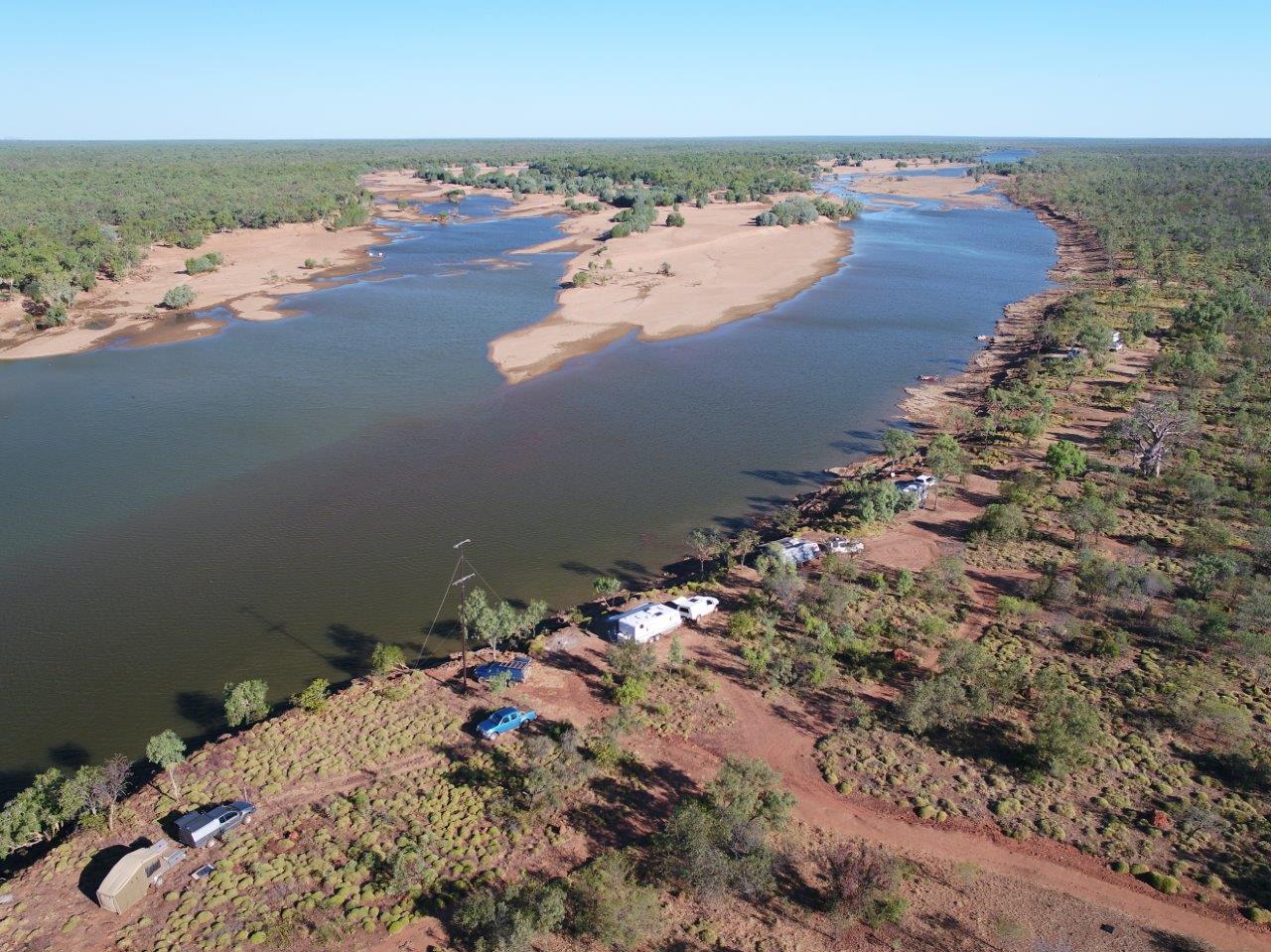 The water balance of the river is crucial for fishing, for the environment and for the sustenance of many people.

The McGowan Government has a much more sensible plan for the river through its election commitments to protect it first and then plan sustainable development around that protection.  Along with a Fitzroy River National Park and no dams, they committed to:

“Support the protection and development of a management plan for the Fitzroy River to ensure the health of the river and provide a basis for sustainable economic development.”

The commitment is being implemented by Ministers Dawson, MacTiernan, Kelly and Wyatt.

Realistically, the Fitzroy’s future is not industrial-scale irrigated agriculture. Small-scale irrigation is being considered for pastoral enhancement, but even for that there are complex environmental and economic concerns, and the river itself needs to be protected from the impacts.

Cattle have already impacted the river through damage to wetlands and riverbanks. Pasture enhancement, with better fencing and management of wetlands, could be a win-win, if the evidence stacks up. 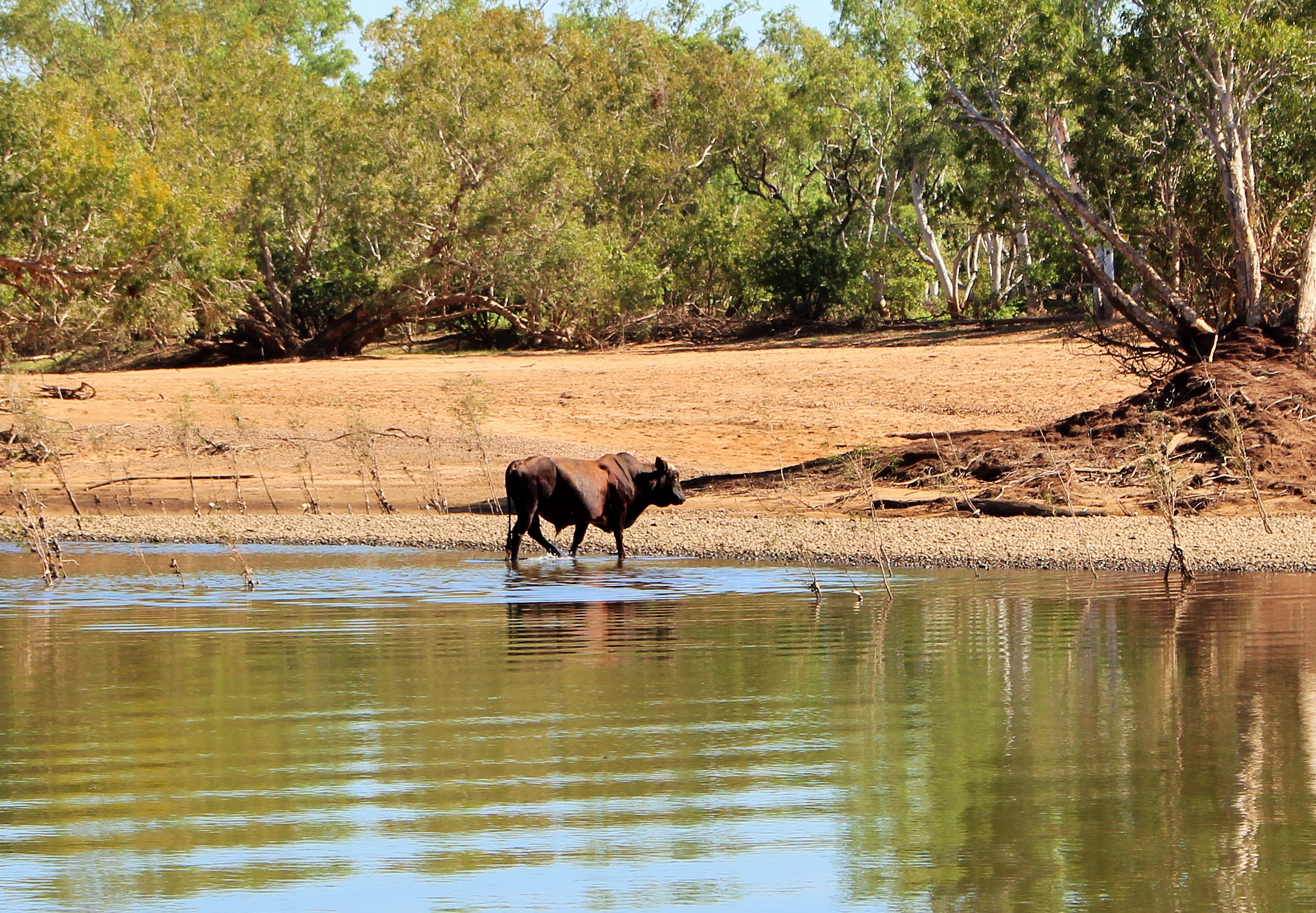 Beyond agriculture, many other possible economic drivers have support in the region: such as bush foods, carbon abatement, eco- and cultural tourism, renewable energy, science, culture and art.

The Fitzroy River is an intact waterway and an Aboriginal river; both are rare in our heavily industrialised and urbanised world.  It is part of our National Heritage.

It is time to end the pipedreams that would sink billions of dollars into another failed attempt to bend this heritage-listed river to the will of corporate agricultural interests; time instead to come together to plan a new future based on what makes the Kimberley special: its environment, heritage, culture and talented people.

Environs Kimberley is the peak conservation charitable organisation in the region set-up 22 years ago to support Traditional Owners to protect the Fitzroy River. EK now works in Cultural and Natural Resource Management and advocacy across the Kimberley.