When a new government is elected we sometimes hope that the outlook for our environment will improve. Australia, with its shocking record of extinctions since European occupation, is in a biodiversity crisis. The Commonwealth Government says:

“Australia’s biodiversity is currently in decline; in Australia, more than 1,700 species and ecological communities are known to be threatened and at risk of extinction.”

18 million hectares have been cleared in WA. The Kimberley, though overgrazed by cattle, is still relatively unscathed. It is part of the most intact tropical savannah remaining in the world. To date, no government has fully acknowledged this and taken action to protect it.

We are constantly facing native vegetation clearing proposals and finding illegal clearing. We are aware of plans to clear at least 80,000 hectares of land across our region. Less than 7% of the Kimberley is protected in conservation reserves.

The Minister for the Environment, Stephen Dawson, released an issues paper on ‘Native Vegetation in Western Australia’ for public comment in November 2019. The paper’s main focus was a new policy. While this is welcome, it’s unlikely to stop the damaging loss of Kimberley ecosystems. The danger is that the new policy, without legislative changes, will merely regulate the decline of native vegetation across the region.

The Kimberley is one of the few places in the world where the native vegetation is still relatively intact. We have an opportunity to retain it and make sure that it underpins the future prosperity of the region and the health of the people. A report into global ecoregions identified Northern Australian savannahs in the Global 200 as a “…priority target for conservation action because they harbor the most outstanding and representative examples of the world’s diverse ecosystems.”

The Kimberley, as part of the Northern Australian ecoregion, “…contains some of the largest and least disturbed areas of tropical savannah in the world.”[1]

What we seek from the McGowan Government

We have an opportunity like nowhere else in the world. The Kimberley is world-renowned for its magnificent landscapes and the species that live in them; let’s make sure it remains that way.

The McGowan Government’s track record on illegal landclearing is poor. We have reported several instances of illegal clearing in recent years:

Both got ‘letters of warning’. 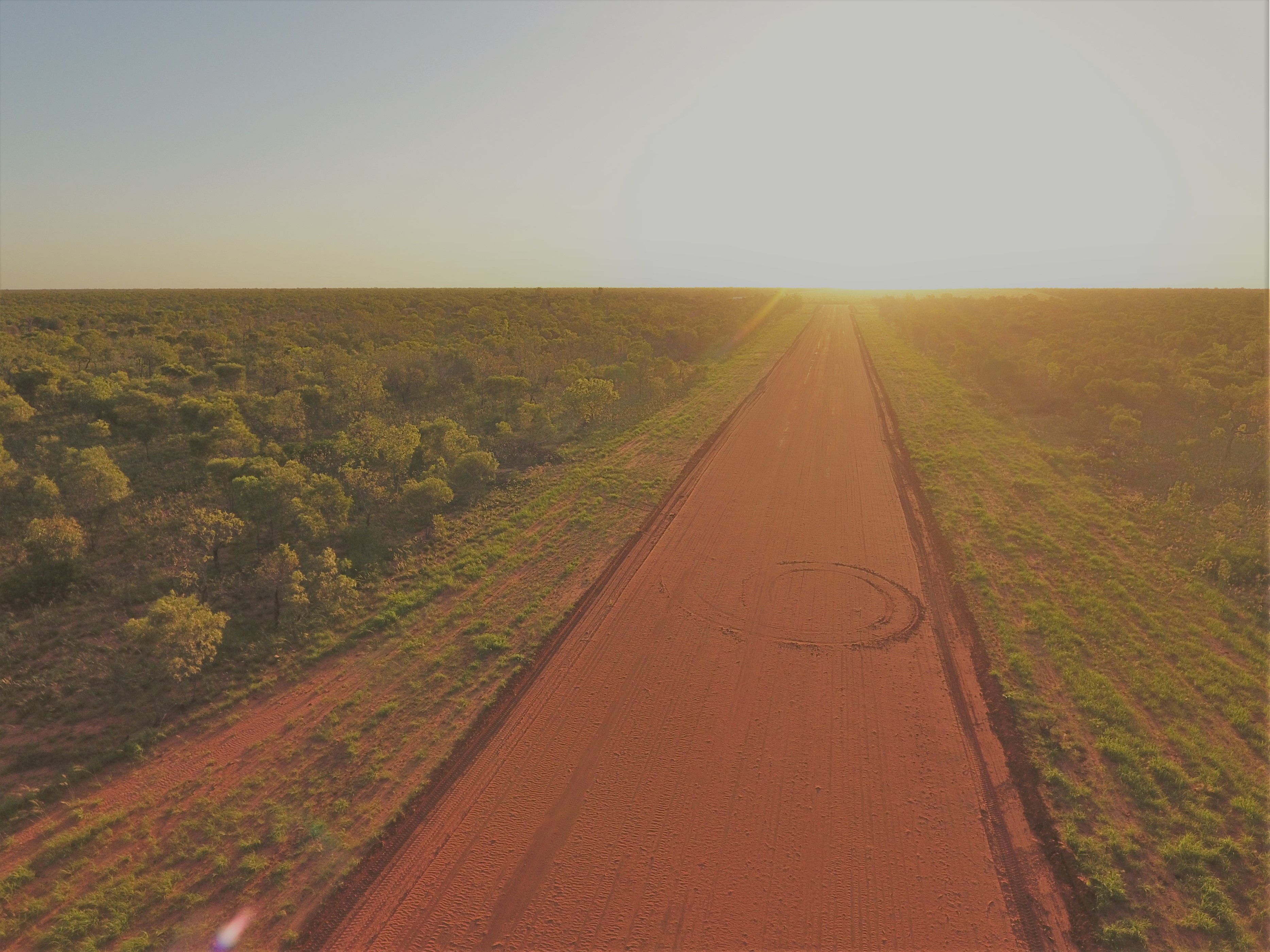 Runway illegally cleared at the back of the Roebuck Plains Roadhouse, February 2020

The Water Corporation cleared land under its statewide ‘purpose permit’ in prime Bilby habitat off McGuigan road. Despite the Department of Biodiversity, Conservation and Attractions conducting survey work on adjacent land, the Water Corporation did not consult them. The Minister for Water stated, “The Water Corporation only became aware of a known population of Bilbies on the adjacent property after the grading had started.” 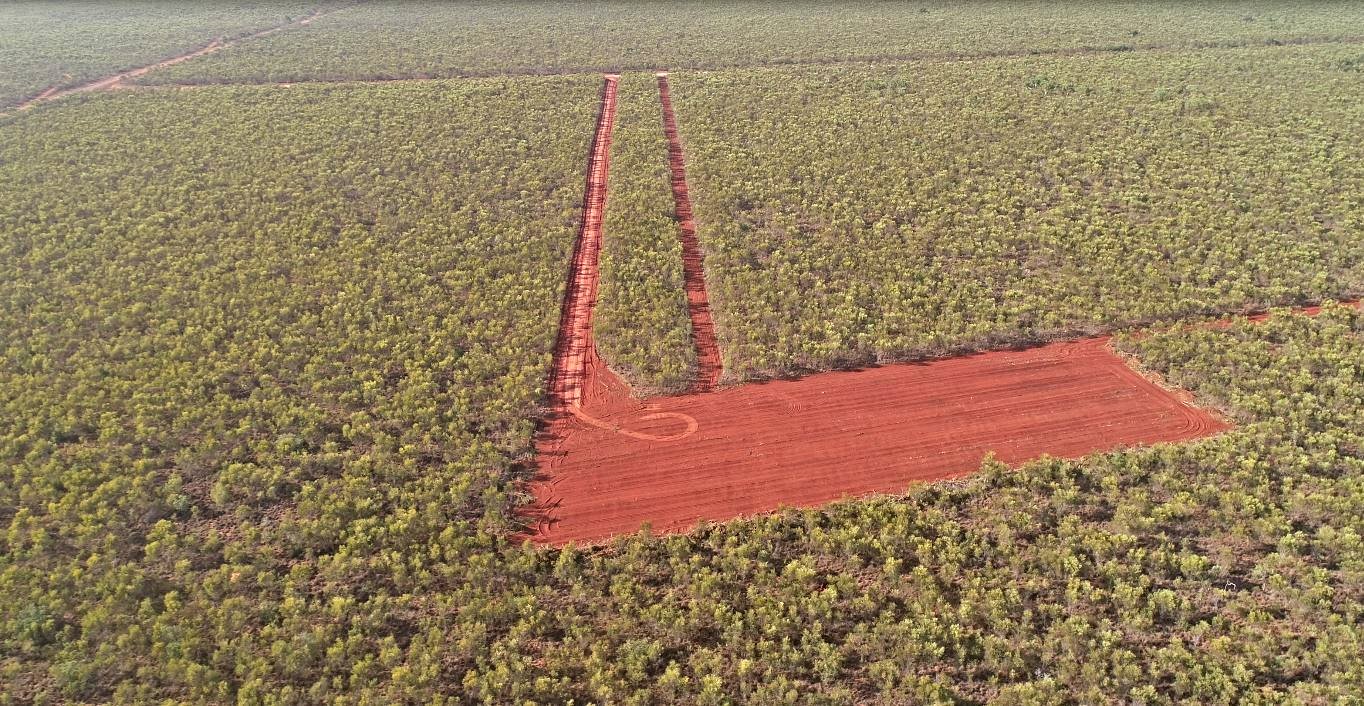 Despite us ringing the regulator, the Department of Water and Environment Regulation, about the clearing with no permit or surveys, the bulldozer kept destroying the vegetation and the regulator refused to go out on site. We had no choice but to enter the site and stop the bulldozer ourselves.

Nyikina Traditional Owners informed us of this illegal clearing. It took a blockade by Traditional Owners and several thousand people emailing Minister for the Environment Stephen Dawson to get the government to stop this. A year later, we’re still waiting for the investigation to be completed. We found out through an application under the Freedom of Information Act that the owners, Shanghai Zenith from China, had plans to create an ‘all-weather’ station at Yakka Munga pastoral lease by excavating drainage channels across the entire 190,000-hectare pastoral lease to enhance grazing, destroying some of the Kimberley’s landscape and culture. 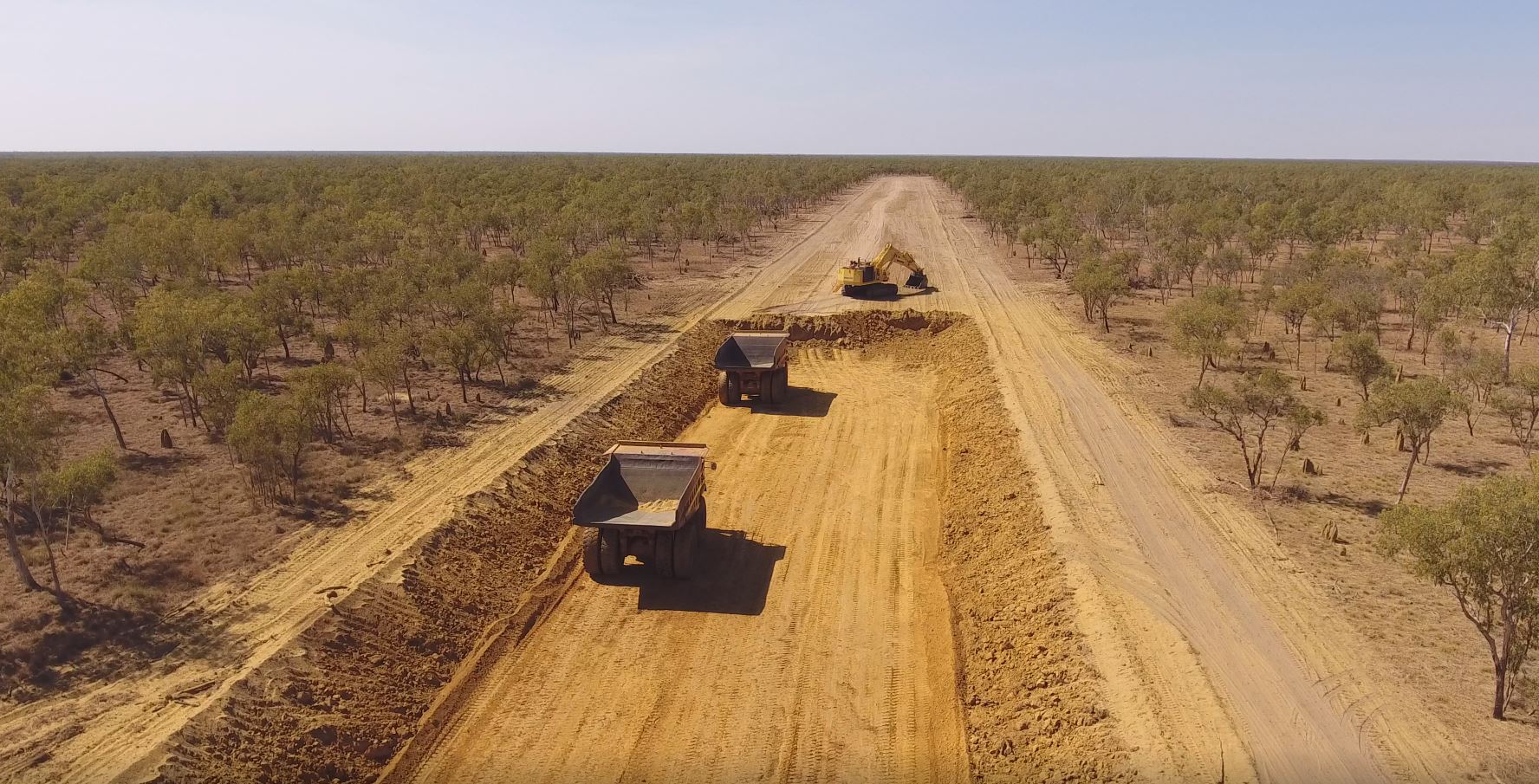 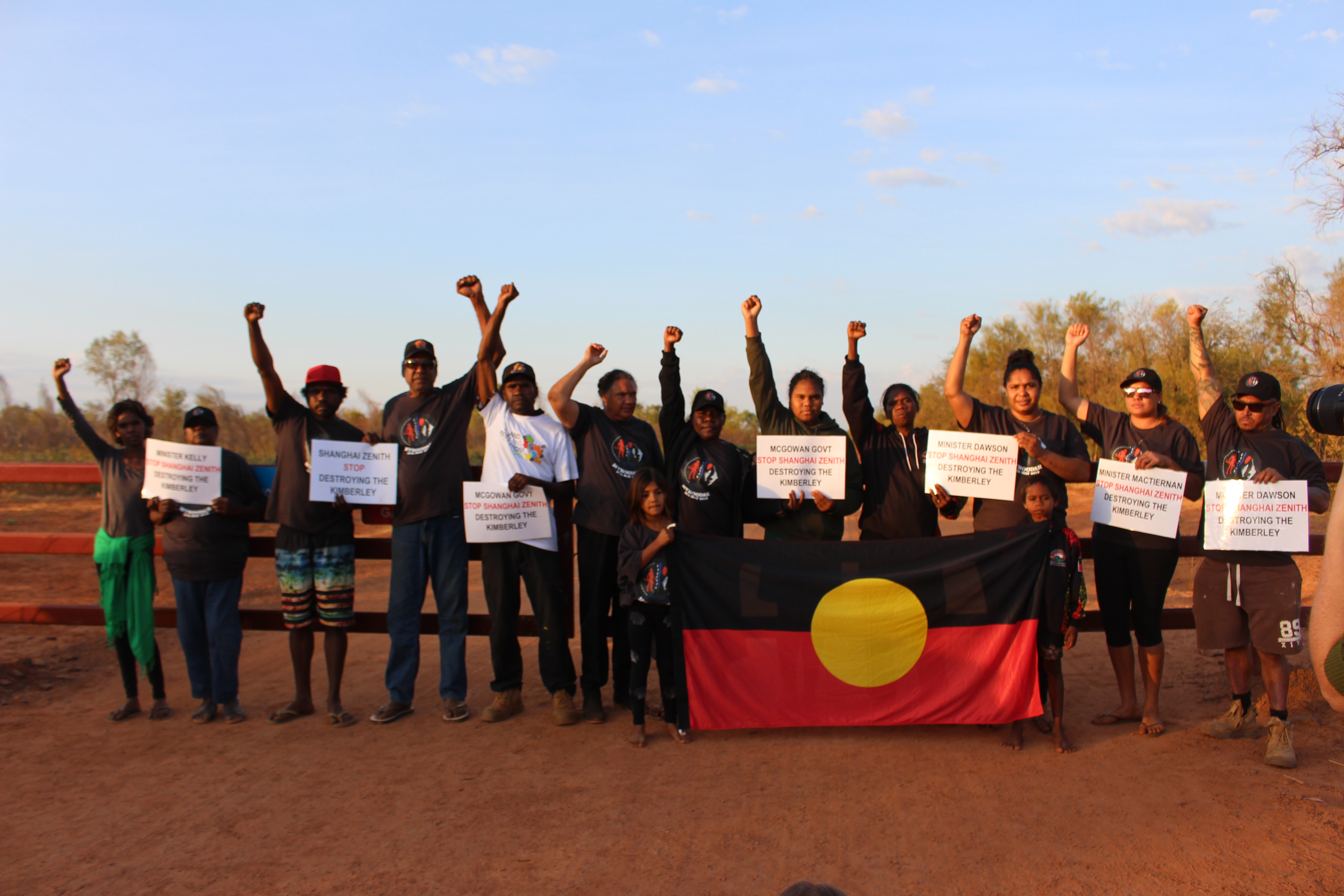 DevelopmentWA has been busy bulldozing a site on the Cape Leveque road that is known Bilby habitat. 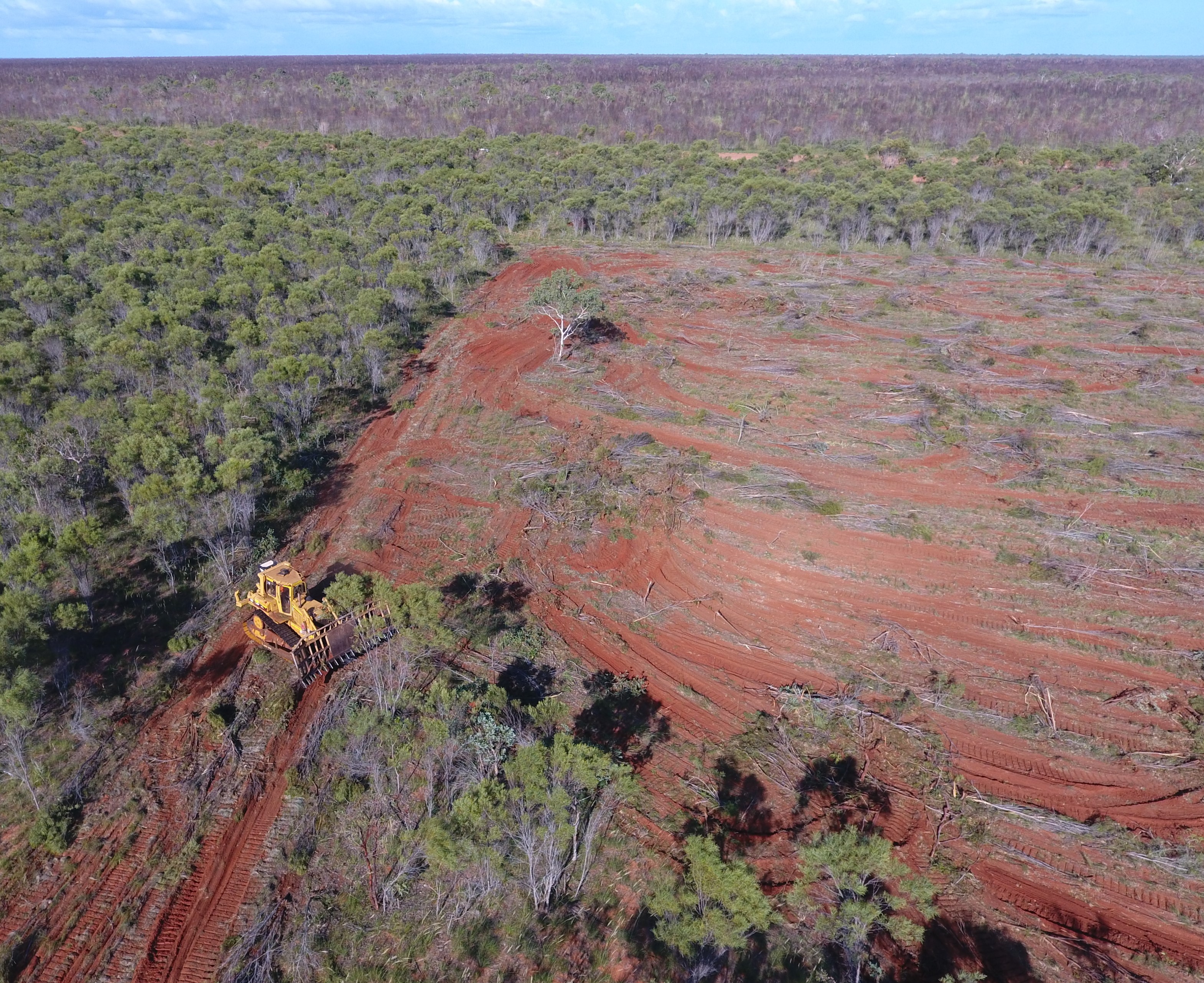 WA Government agency DevelopmentWA is seeking approval to bulldoze 70 hectares of prime Kimberley bush just out of Broome at the Industrial Park. This is despite having only sold one lot in the Park since it opened.

Their own commissioned report states, 'The vegetation within the study area is considered to be generally in Very Good to Good condition, which offers excellent habitat for native fauna.' Bilbies are known to live in this area. It is also the site of the highest density and largest patches of Gunurru/Cable Beach Ghost Gum/Corymbia paractia in existence. Gunurru is only found on or around the Broome Peninsula — nowhere else in the world. The specis has been recommended for protection. The report to the WA Government states that it is 'possible' they are present.

DevelopmentWA's 'Sustainable Development Outcomes Framework' states that part of the Environmental Integrity outcome is ‘To protect and manage natural systems, habitat and biodiversity'. It also says the Social Inclusion outcome is 'To engage with the community to provide opportunities for them to positively influence development outcomes.' They have not engaged with EK at all. We'll let you come to your own conclusions about the integrity of DevelopmentWA's public claims.

The Commonwealth is currently assessing the proposal. 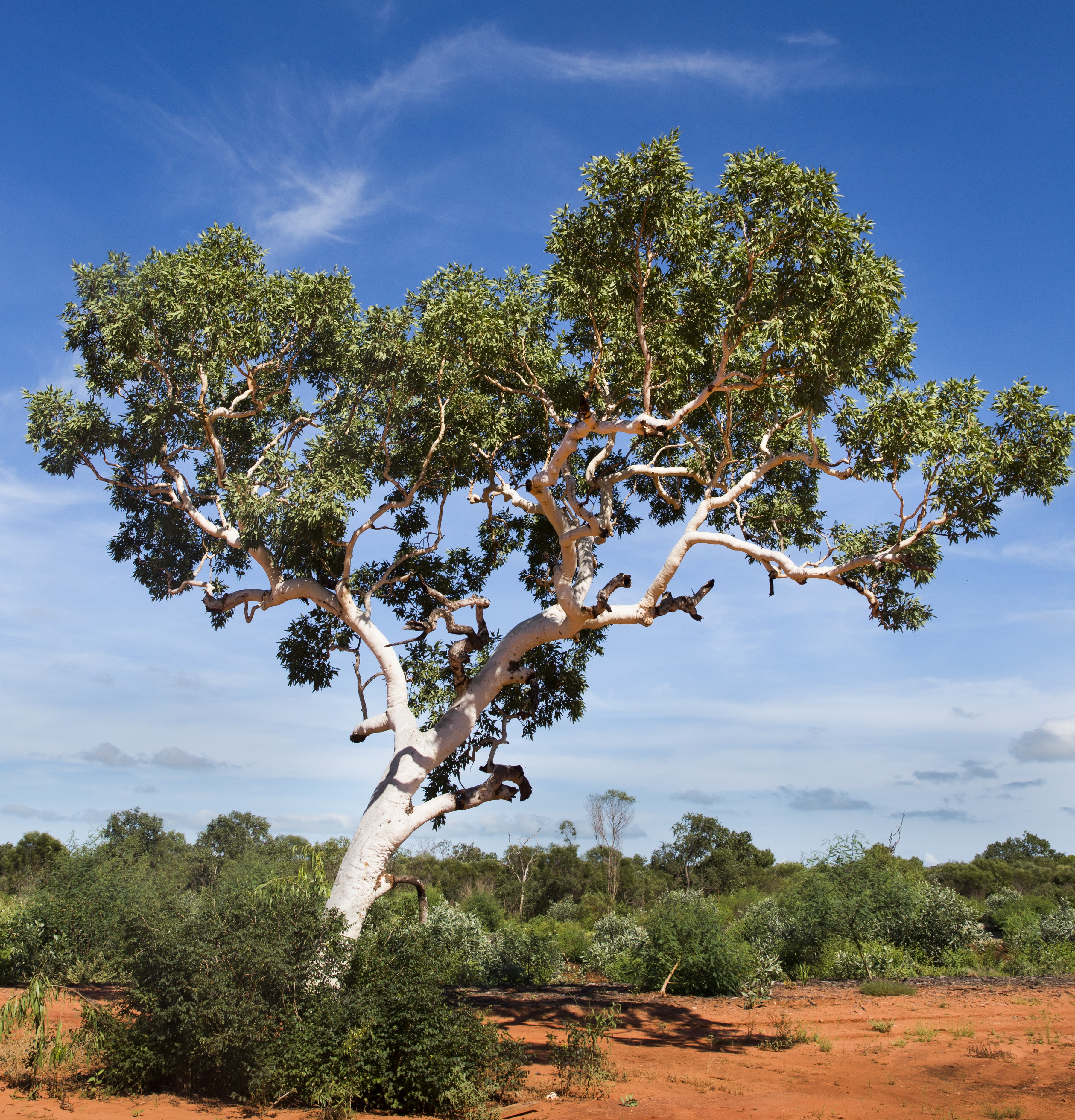 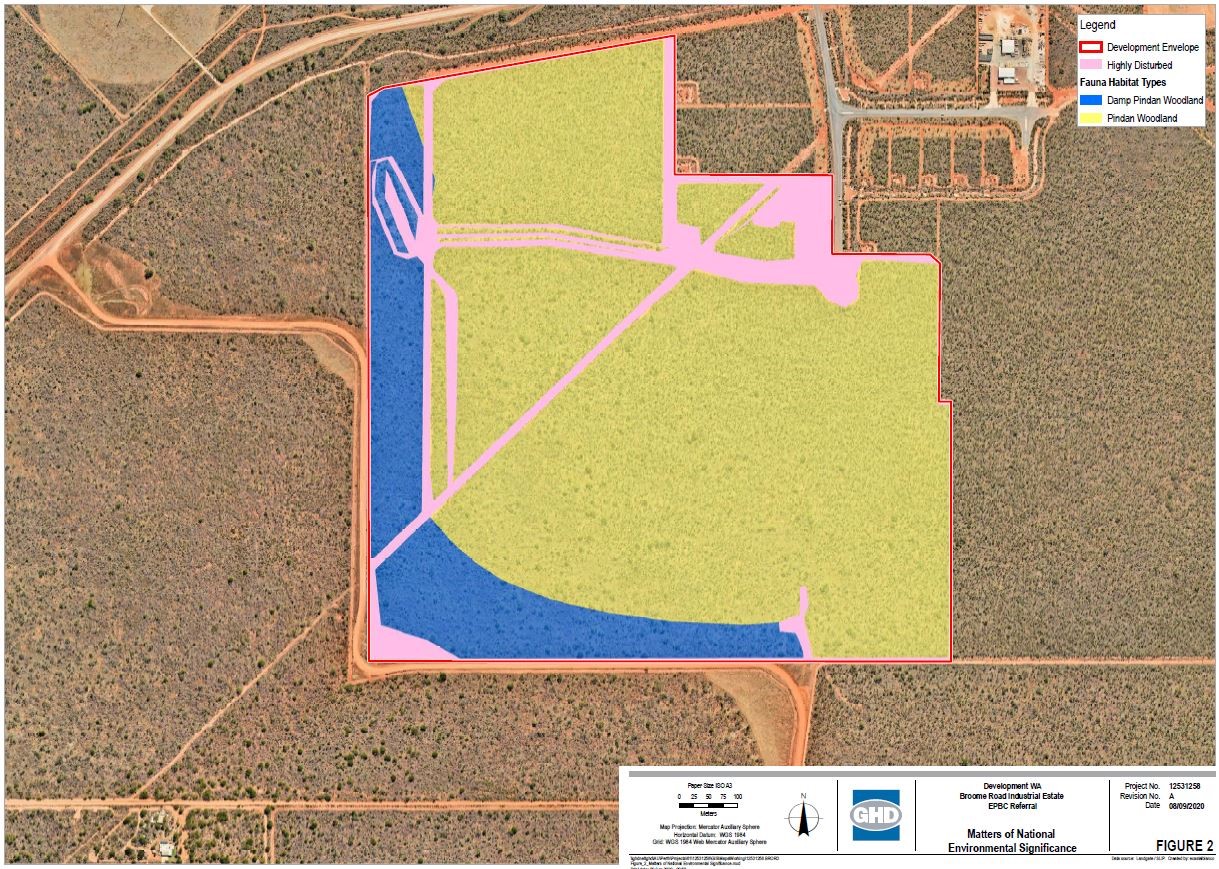 Area proposed for bulldozing by DevelopmentWA.

[1] The Global 200: the list of ecoregions identified by WWF, the global conservation organization, as priorities for conservation.