Karajarri Jurrar, or Coastal Country, extends from Jinmarnkur (Cape Missiessy) at the northern end of Eighty Mile Beach to near Barn Hill, south of Broome.

Eighty Mile Beach is one of the world’s richest intertidal wetlands, supporting nearly 100 species of resident and migratory birds, and flatback turtle populations. It is listed as an internationally significant Ramsar wetland.

As increasing numbers of visitors and tourists visit the beach to swim, fish, snorkel and camp, Karajarri Traditional Owners are faced with many disturbances as a result, which they are working to manage.  These include campers dumping rubbish and lighting fires, cars on the beach endangering turtle nests, visitors interfering with burial sites and other culturally significant areas, and removing shells. Then there is over-fishing, the risk of boats striking dolphins and dugong, and people walking on intertidal corals and damaging them. 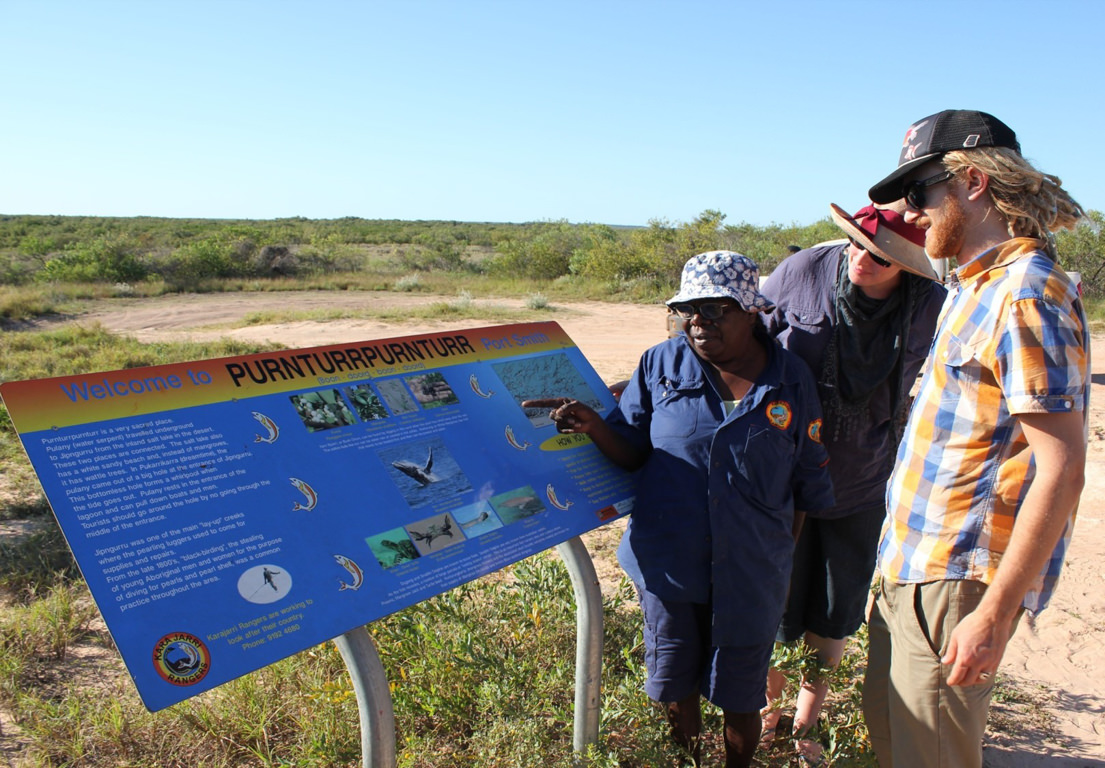 The signs share knowledge about Karajarri country and encourage responsible and respectful behavior from tourists and visitors.

Together with the Karajarri Rangers we assembled information from Elders and their families, visited the sites that were selected, and collated cultural and ecological information. After that we worked with Elders and the Kimberley Interpreting Service to transcribe important cultural knowledge, language names and stories for each sign.

Seven signs were installed across the six sites including Purnturrpurnturr Port Smith), where an additional sign welcomed people and provided a map and stories illustrating the extent and significance of all of Karajarri country. Other signs were erected at Jinmarnkur (Cape Missiessy), Mangkuna (Corkbark), Panganunganyjal (Whistle Creek), Pirtirngapa (False Cape Bossut) and Mirntanyartaji (Gourdon Bay). 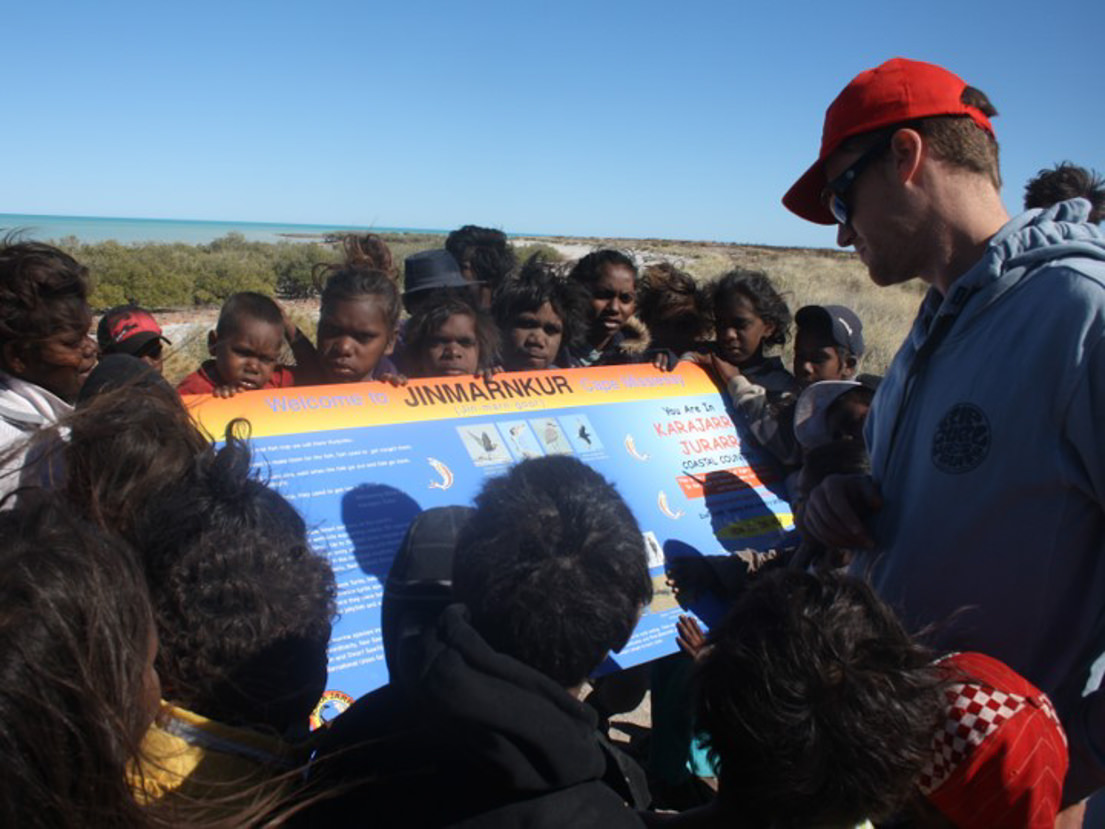 EK will continue working with the Karajarri Rangers and their community to develop resources that assist them to share knowledge and manage threats on their country.

The project was conducted through the West Kimberley Nature Project (funded by Rangelands NRM WA and Caring for our Country). The project was supported by the Kimberley Land Council/WWF Coastal Tourism Project with funding from the Travel Corporation Conservation Foundation. The Department of Environment and Conservation (Now Parks and Wildlife Services) also contributed to the project.