How does Right-way Fire help animals in the desert?

In September this year, Environs Kimberley ecologists and the Ngurrara Rangers headed to Kuduarra (Well 46) down the spectacular Canning Stock Route with traditional owners for the area, the Karajarri Rangers and ecologists from the Department of Biodiversity, Conservation and Attractions and the 10 Deserts Project. The purpose of the trip was to conduct a biodiversity survey to find out how the Ngurrara Rangers’ fire management is benefiting the animals of the Great Sandy Desert. This survey was built on the principles of two-way science and was the first in a series of long-term biodiversity trips planned on Ngurrara Country, conducted with support from the NESP Threatened Species Hub. 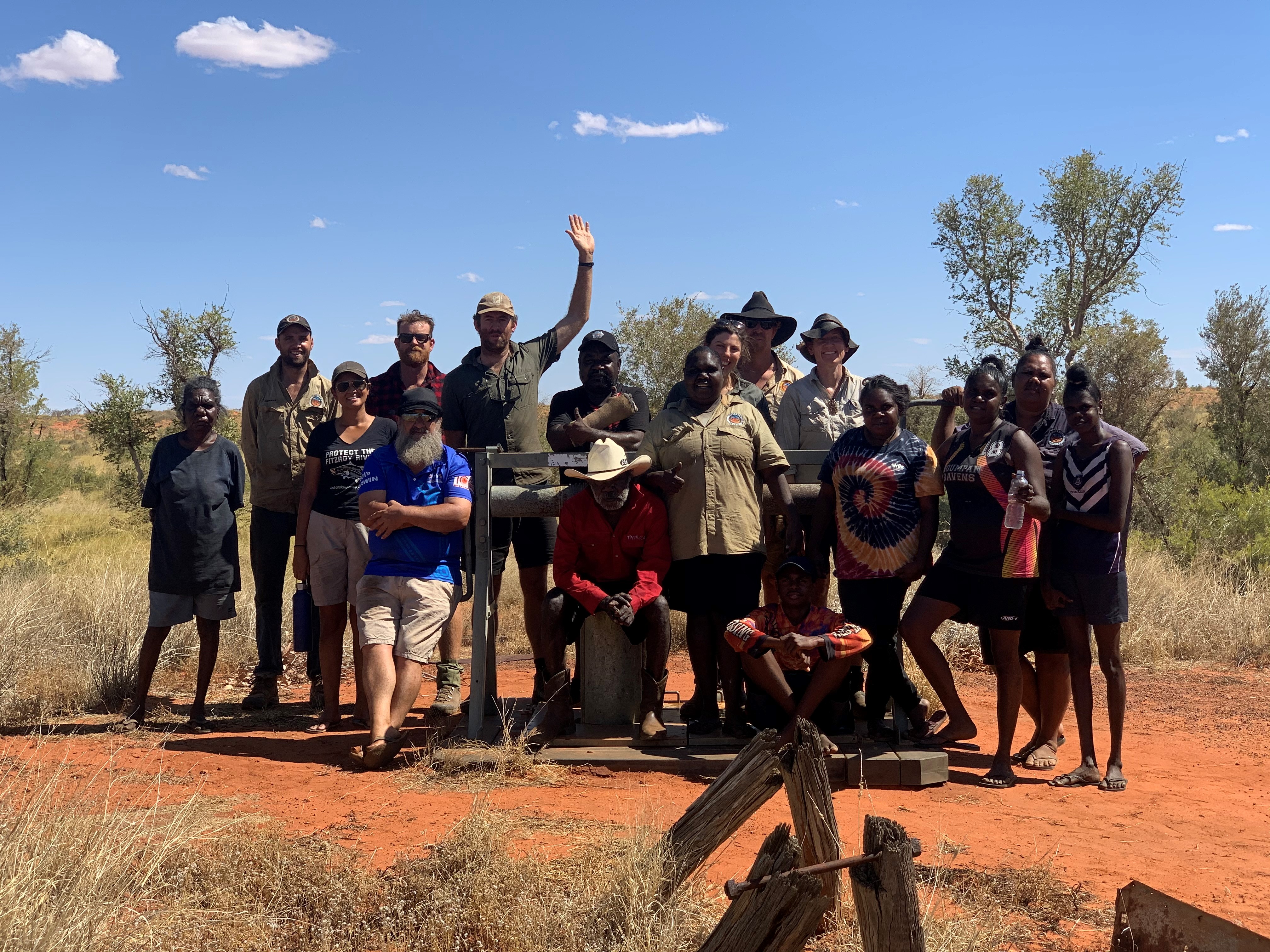 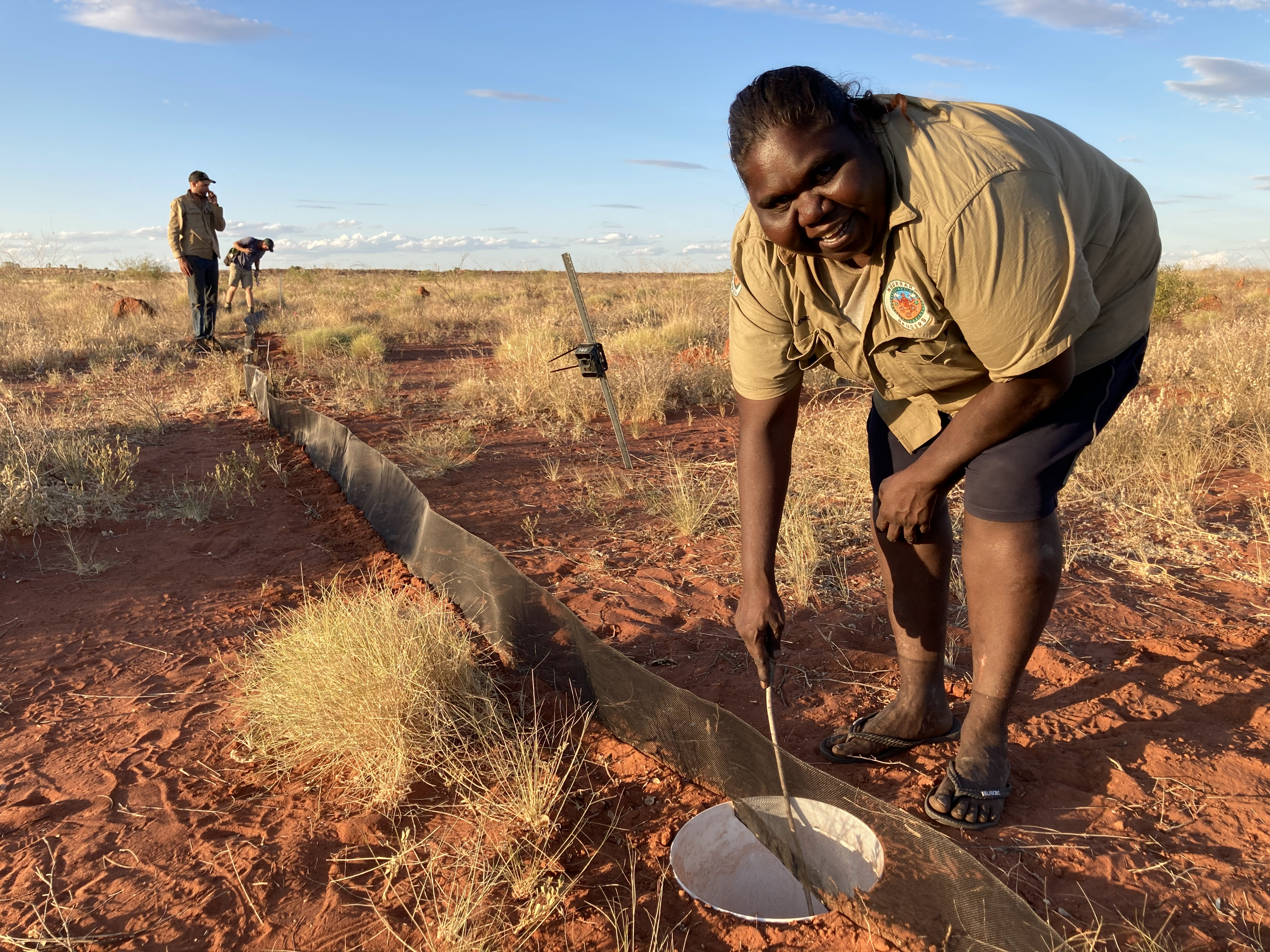 We spent the next few days checking the traps every morning and evening to see what animals we would find.  We kept a running scoreboard at the camp of how many species were caught in the different habitats each day, so that everyone could see the results and emerging patterns.  We even had a tab (La TAB) where everyone betted on which fire-age they thought would have the most species and the greatest number of animals.

By the end of the survey we had caught a total of 261 individual animals of 27 different species.  These included different species of wurrkarn (skinks), wakura (geckos), wiji (small dragons), pampirta (large dragons), and punypuny (mice). We even caught a little mammal called a Kaluta, which had never been recorded in that part of the desert before. 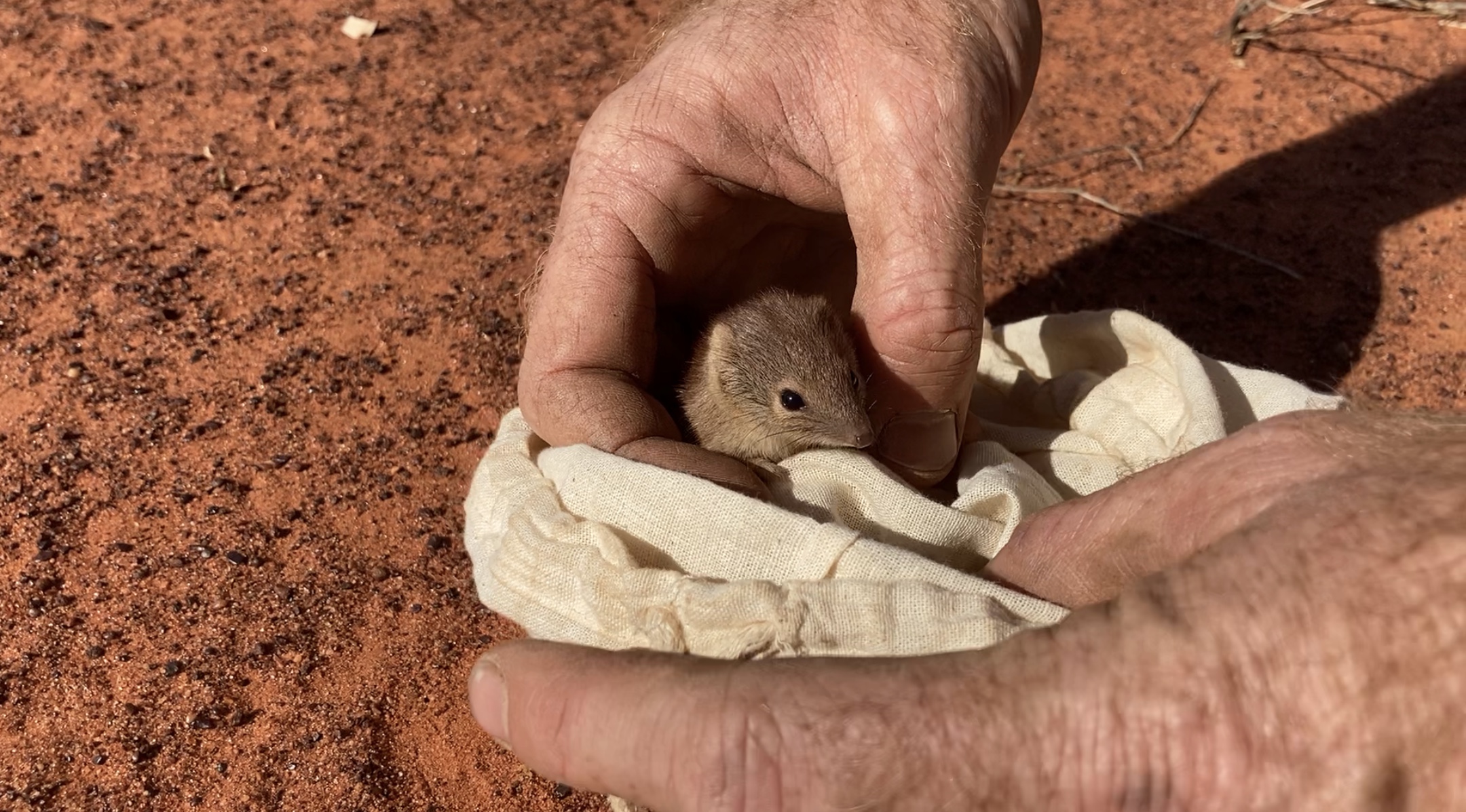 We found that some animals don’t mind what kind of jitapuru (spinifex) they are in, whereas others are really picky. Some animals, like the Central Netted Dragon (Ctenophorus nuchalis), were only caught at sites that had been burnt within the last three years and had lots of bare ground (wuntara and parrawa), whereas other animals, like the Leopard Skink (Ctenotus pantherinus), were only caught at sites with lots of big, old spinifex. 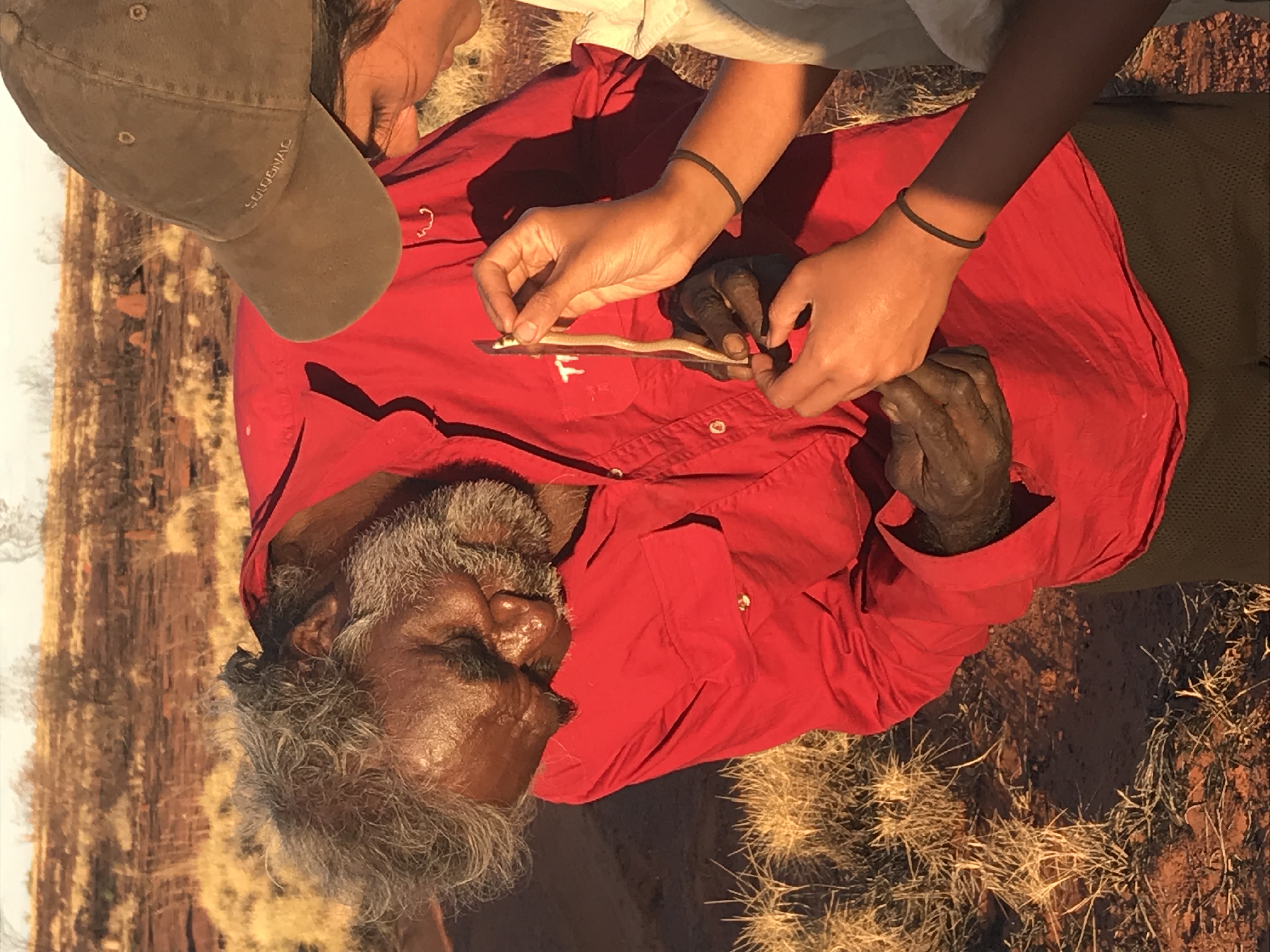 This means that if we want to help all the animals of the desert we need to have patches of jitapuru of all these different ages scattered across the landscape to form a mosaic. This is exactly what the Ngurrara Rangers are trying to achieve with their fire management work.