Australian Snubfin Dolphins ooze charisma and charm with their playful antics and cheeky grins. Snubbies, as they are affectionately called, are true Roebuck Bay locals as they live all year round in the Bay.

Marine Biologist, Dr Deb Thiele from the Australian National University, has studied Roebuck’s Snubfins since 2004 and has developed a rapport with these characters, hence the interesting names and photographs she has given to them.

Each Snubfin displays it’s own personality and has it’s own preferred feeding techniques and home range. Marine biologists have an almost complete photo identification data base that is used to determine the size of the population. Murdoch University researchers, estimate a population of only 137 adults remain. Genetic evidence suggests almost no migration or mixing with the nearest group of Snubfins of 53 adults, found 250 km to the north at Cygnet Bay.

Roebuck Bay has the highest density and second largest known population of Snubfins left in the world, but this is still very small for a slow-breeding mammal that lives for over 30 years. These characters are under increasing pressure from the expanding township of Broome. Hopefully the introduction of the Roebuck Bay Marine Park will help to conserve this important group of rare and beautiful Dolphins. 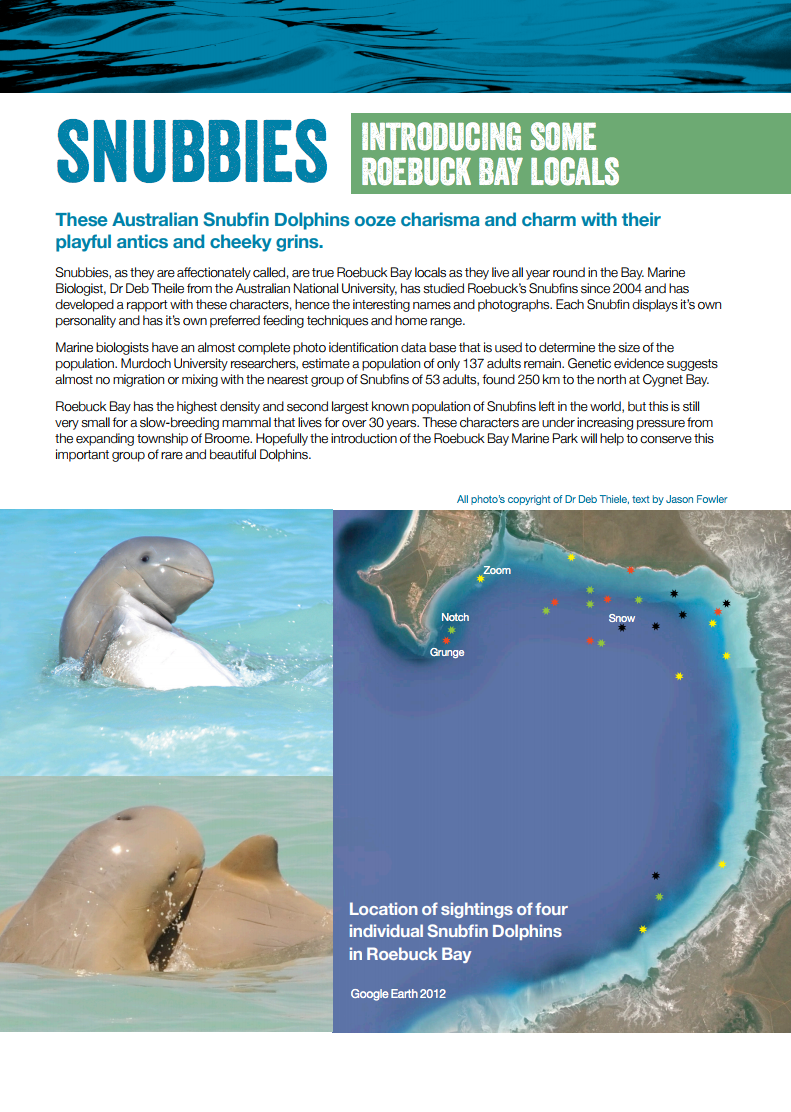