Despite a huge swing by voters at the election towards taking action on climate change, it’s clear the fossil fuel corporations will continue to extract as much oil and gas out of the ground as they can, regardless of the damage to people and the environment.
As a community, we’ve held back oil and gas for over ten years in the Kimberley. Now, we’re facing a huge new threat as several companies envision a multiuser pipeline for the region.

In May, Buru Energy announced it intends to supply gas to a massive petrochemical facility in the Kimberley, as well as run a pipeline to the Pilbara. Another petrochemical plant is proposed near Derby, with gas supply mooted by Theia Energy. 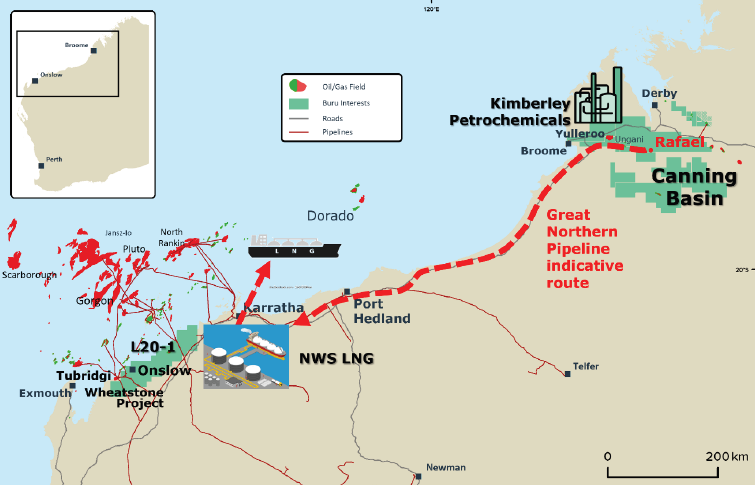 This is a full frontal assault on the Kimberley by the oil and gas industry.

Texan frackers Black Mountain have also just amended their proposed fracking programme for 20 wells in the Fitzroy River catchment. They’ve increased the number of fracks to between 50 and 70 per well. This will mean tonnes of nasty chemicals and more than double the use of water than previously proposed, yet they’ve escaped public scrutiny by amending their original proposal. They have also got in-principle approval from State Development Minister Roger Cook to export gas from WA.

They are in discussions with a number of pipeline companies. If they built a pipeline from their Valhalla well to the Pilbara, they would need hundreds, if not thousands, of wells to underpin the cost.

If they went ahead it would be highly likely that other oil and gas companies would want to export through the pipeline as well. 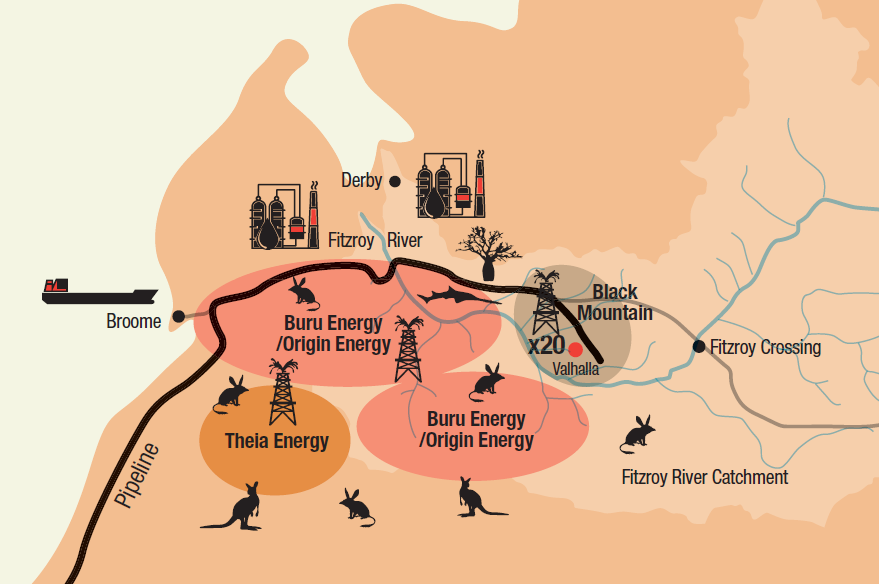 The threat to the Kimberley. Design: Brett Iannello Design

We don’t want the Kimberley to look like Texas.

Oil and gas giant Origin Energy has also moved into the Kimberley in a joint venture with Buru Energy. They’ve said they’re interested in fracking the region. 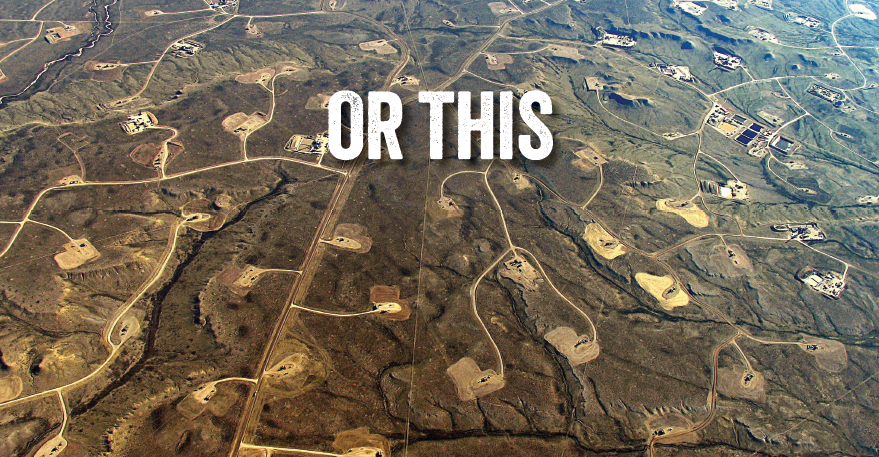 While a new government has given us hope on climate change action, we know that profit-driven oil and gas corporations will do anything to greenwash their proposals.

Let’s do everything we can to make sure these climate-destroying projects don’t get off the ground and desecrate the wild and beautiful Kimberley – home to the Threatened bilby, sawfish and black-flanked rock wallaby, and the Priority spectacled hare wallaby.

For a Frack Free Kimberley you can give a tax-free donation here.

Your donation will go towards research and information gathering, sharing what we’ve learnt and urging action, asking questions of government and lobbying ministers, and keeping corporations to account.