Developing a guide to weeds in the Kimberley

Until 10 years ago, there was little information about introduced weeds in the Kimberley for landholders and managers, including emerging ranger groups, community members and local organisations.

Given the scale of the weed problem for the environment, as well as for the cultural and agricultural assets of the Kimberley, the need for clear, targeted information to help people identify and manage weed became a priority for EK.

What We Have Done

In 2007–08, the Community Weed Project produced the first set of weed cards. These were written in plain English, avoiding technical botanical language, accompanied by photographs, giving simple, practical instructions on how to identify, remove and control each weed. 13 common weeds were covered and the cards were soon being used widely. 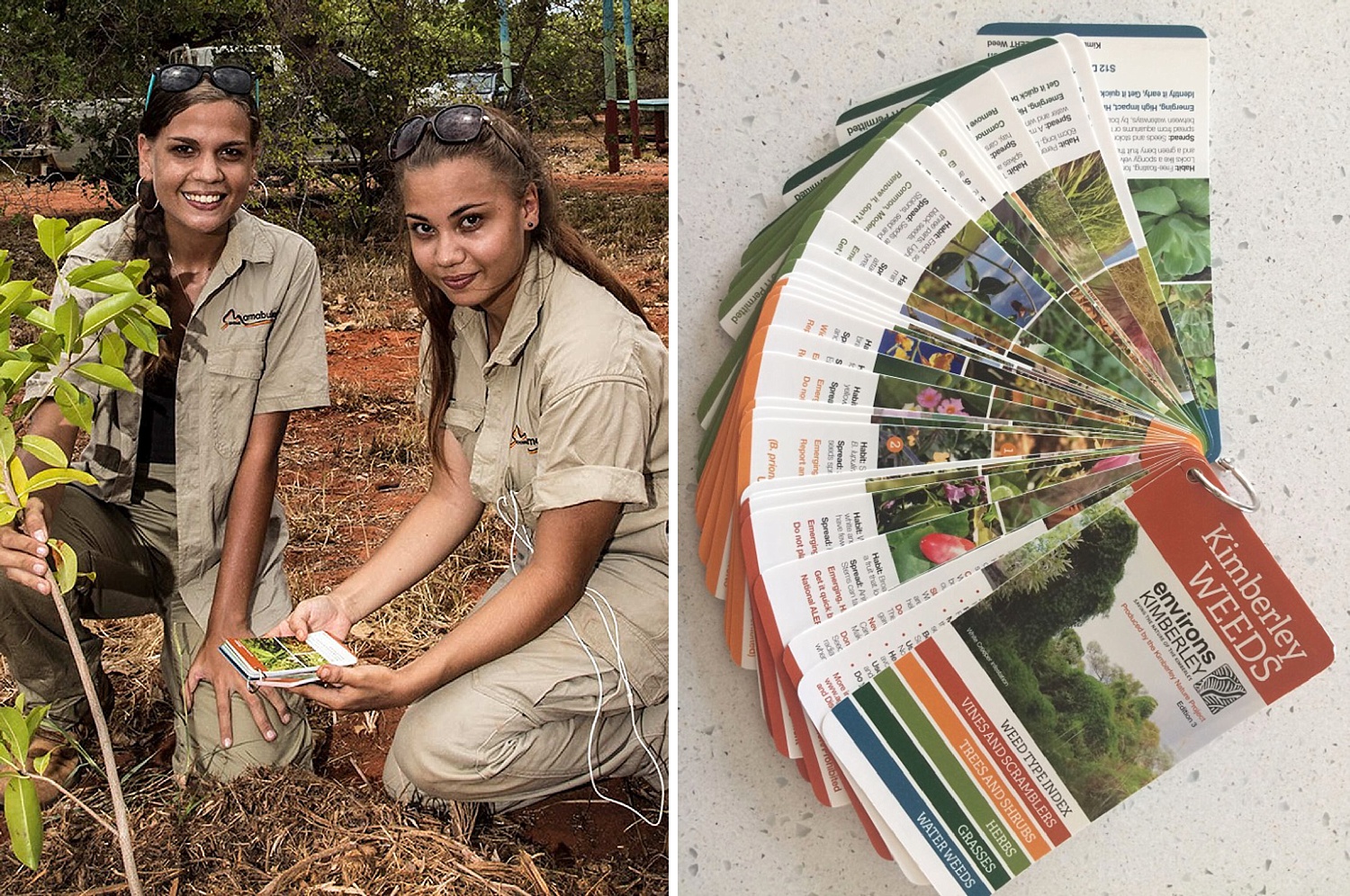 After several reprints and updates, our latest (2016) version is in the form of a handy and hardy pocket guide to 65 Kimberley weeds. It includes 14 creepers, 19 trees, 17 herbs, 10 grasses and five waterweeds, and identifies the status of these weeds according to the WA Biosecurity and Agriculture Management Act (2007). Of the 65 weeds, 12 are Weeds of National Significance (WoNS), two are National Alert Weeds and eight are Kimberley Priority ALERT weeds.

You can download a pdf of the weed cards here.