Have you been to the "Badlands"? Local residents wanted to rid the area of Demco in Broome of the weeds and rubbish that have contributed to its infamous title.

The Society for Kimberley Indigenous Plants and Animals (SKIPA), supported by the Kimberley Weeds Network, organised a weeding event on Sunday 23 October and 14 volunteers spent two hours improving the area. 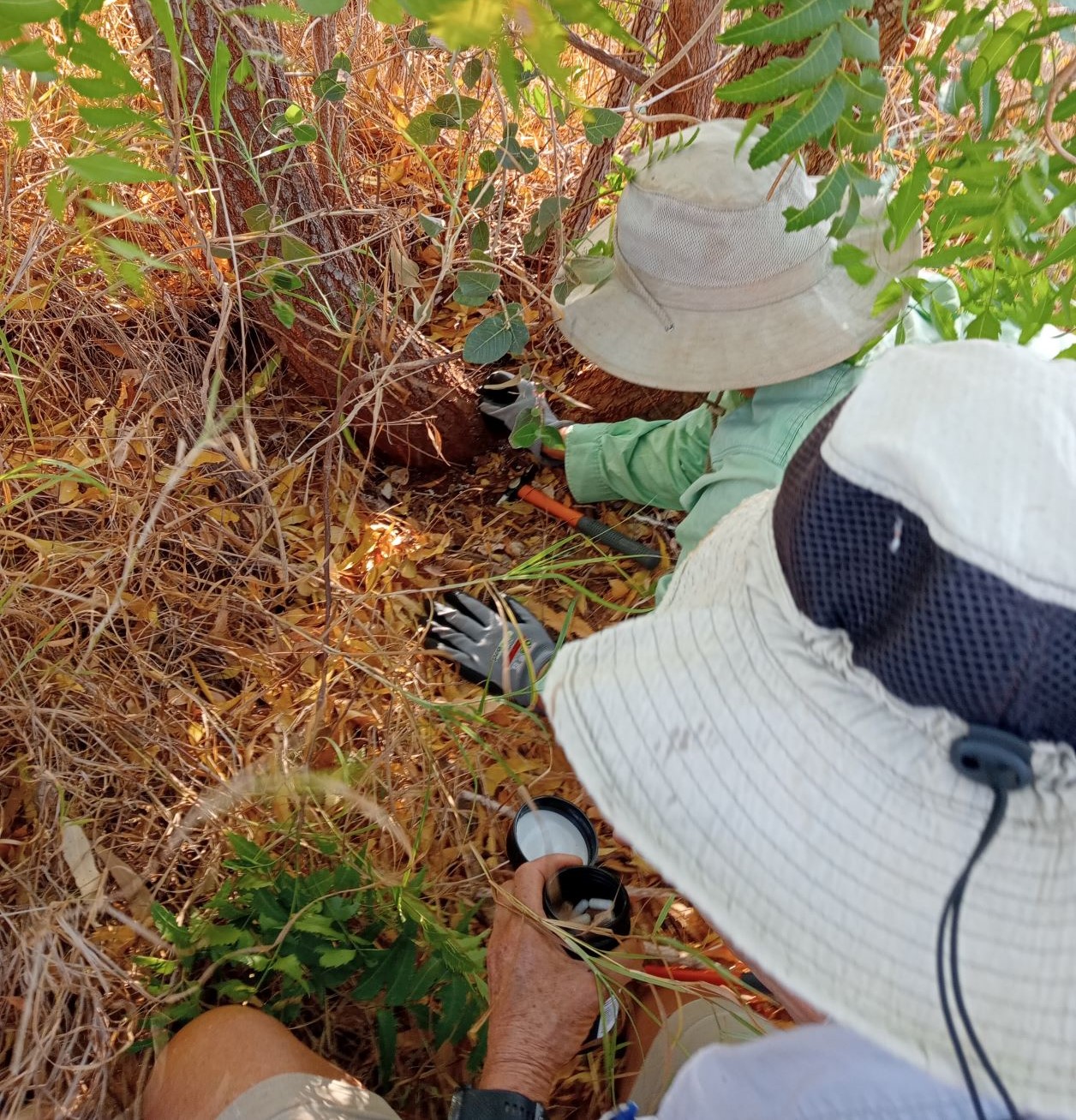 Kylie Weatherall from EK demonstrating the drill n pill method at the base of a neem tree. Photo: Danielle Bain

Kylie Weatherall from EK demonstrated the drill n pill method. We treated the woody weeds, neem (Azadirachta indica) and coffee bush (Leucaena leucocephala) using 400 bioherbicide capsules in an area of roughly 250 metres squared (see map below). Some young trees were treated using the Vigilante cut and paste method and others were ripped from the ground using our new tree popper. 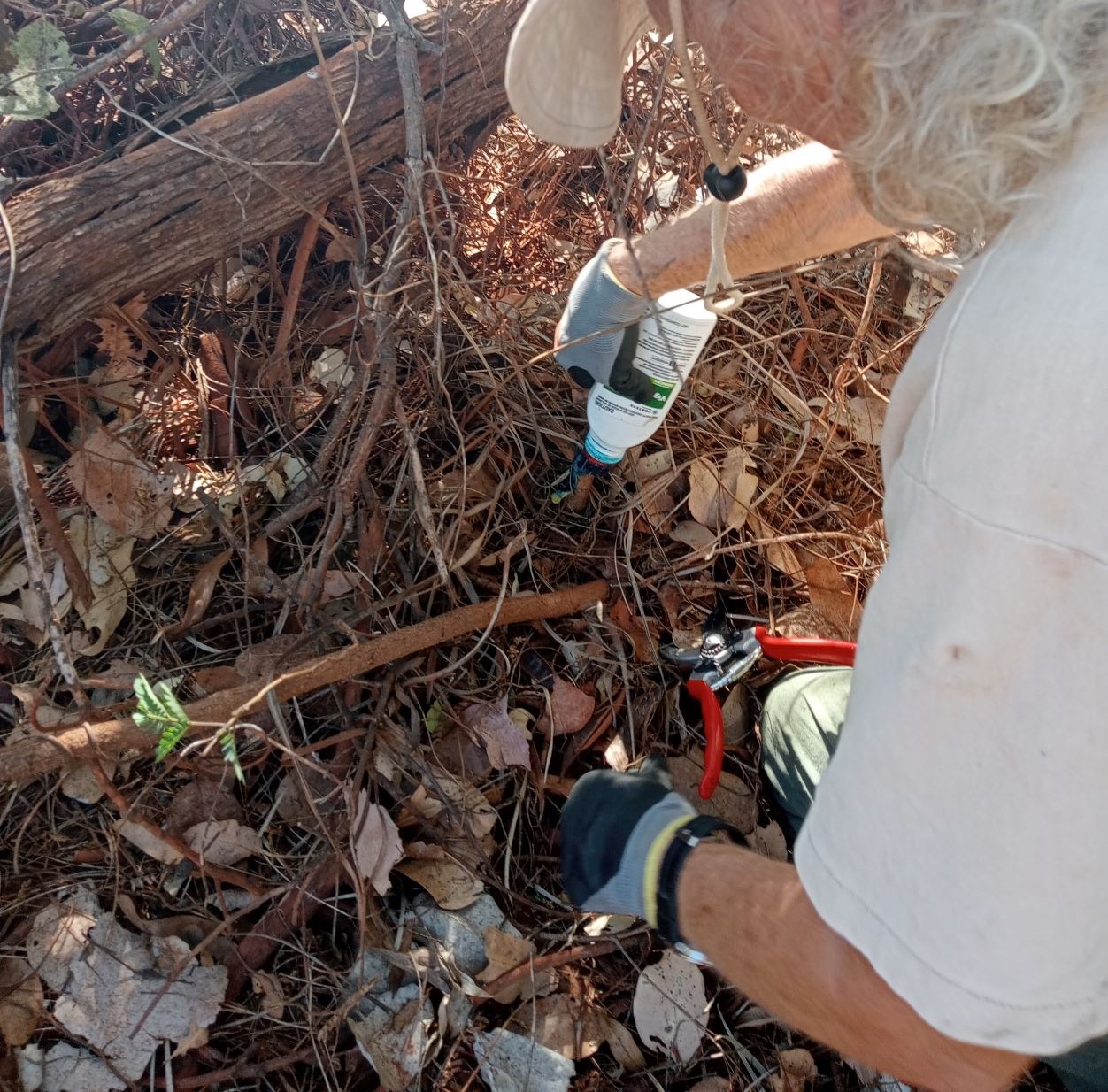 Of course, there was a refreshing morning tea to reward the hard-work in the hot laja (sun).

If you'd like to join us next time, you can volunteer here. 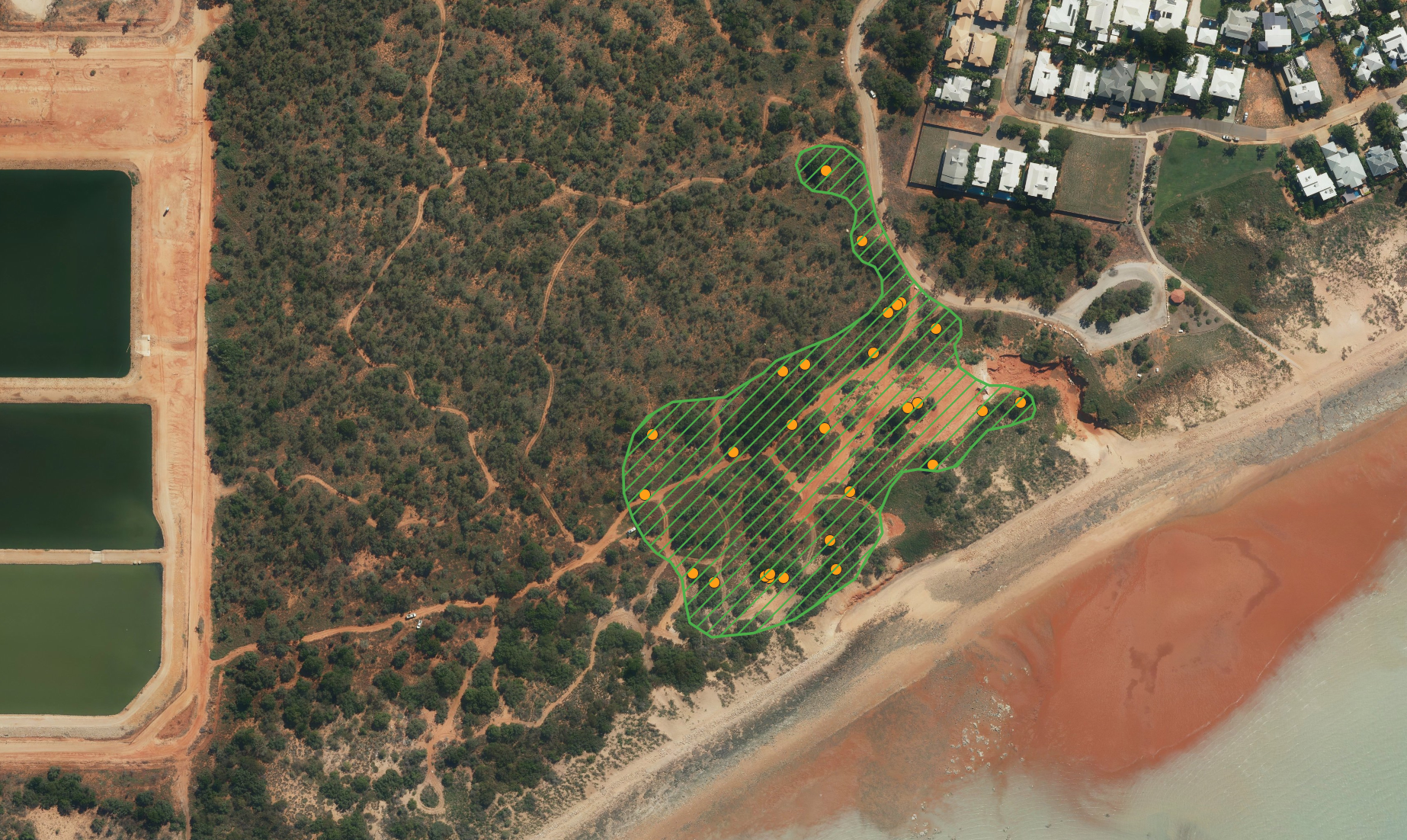