Who would have thought that Environs Kimberley would be recognised as a pack of Smart Farmers?

Thanks to the Department of Agriculture’s National Landcare Smart Farms Small Grant, the Kimberley Nature Project (KNP) and Karajarri community have teamed up to establish and manage irrigated Gubinge (Kakadu Plum/Adansonia gregorii) —  Nyaminyari in Karajarri language — and other bush-food orchards using the Savannah Enrichment Methodology. 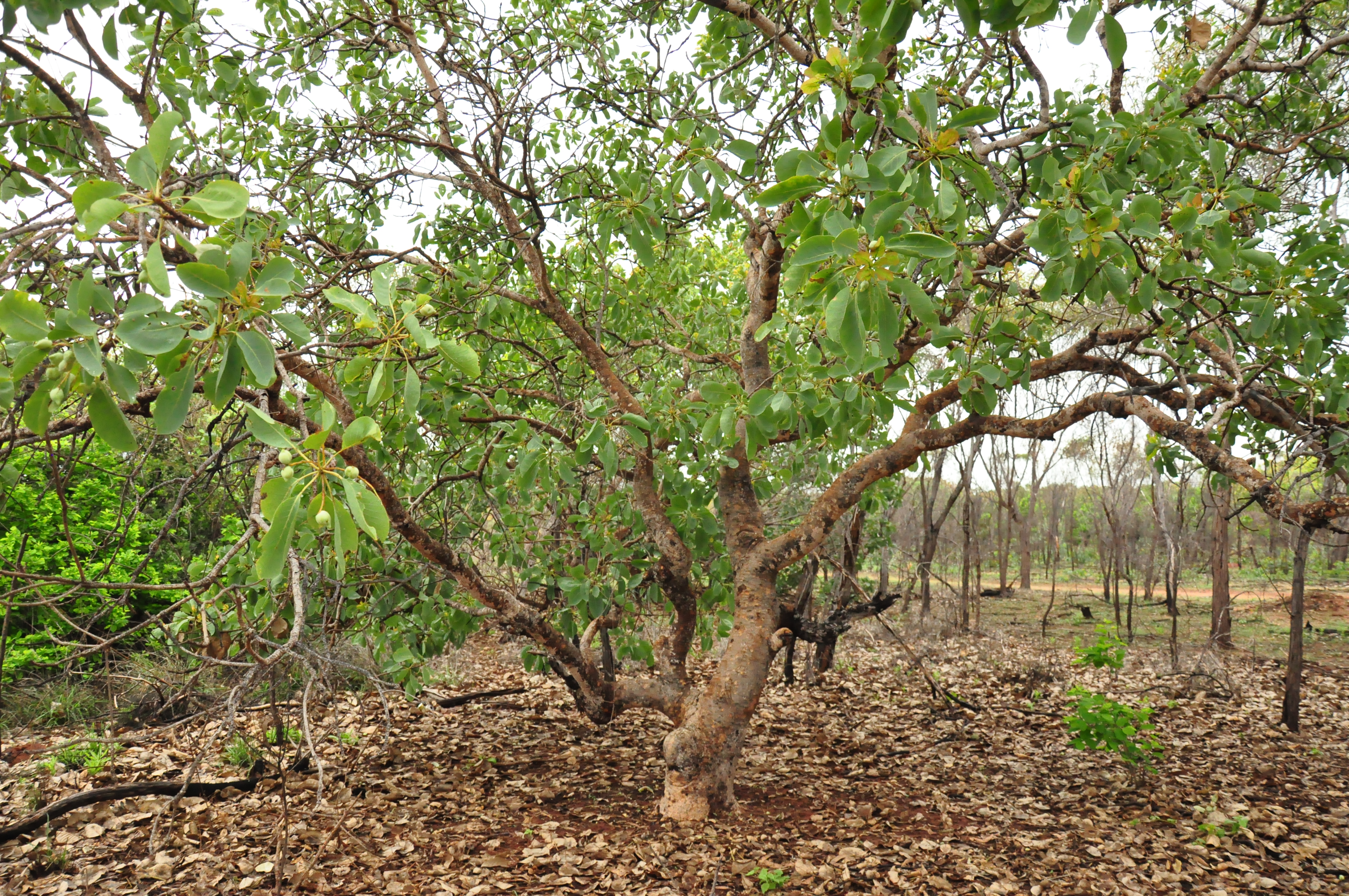 Bush foods are an increasingly popular food item, with a range of products — such as Wattle seeds (Acacia spp.), Pindan Walnut (Terminalia cunninghamii), Boab nut (Adansonia gregorii), and native herbs — appearing in stores and on plates across Australia.

Current bush food production, however, is not meeting national and international demands. As supply increases, unsustainable practices are degrading the environment and lowering quality of the bush foods produced.

Moreover, Aboriginal people account for less than 1 per percent of people employed across the bush food supply chain.

This is where the KNP team and Karajarri community step in.

The most recent surveys of West Kimberley rangeland condition, conducted by the former Western Australian Department of Agriculture and the Department of Lands and Surveys, found that the region’s savannahs were in poor health, with deterioration expected if there are no environmental management plans for intervention. While some headway has been made for savannah health since 1972, there is more to be done.

Savannah enrichment involves the use of drip irrigation for drought-tolerant bush-fruit orchards in existing savannah habitat, achieving high yields with low water use and loss. It avoids land-clearing methods traditionally used in large-scale irrigated agriculture, so reducing soil erosion and degradation. Fire management is applied around the orchard, which reduces wildfire and helps to regenerate the numerous and largely over-burnt ecosystems.

Many Kimberley plants and animals are threatened by wildfire, habitat loss and land-clearing. For some plant species, wildfire causes a reduction of bush fruits.

As Savannah Enrichment protects and regenerates vegetation structure, and controlled burning practices are implemented, bush-fruit trees will be restored in abundance, and the health of the orchard and surrounding area will substantially improve. Harvesting of wild seeds is conducted at sustainable rates, minimising impacts on biodiversity.

Re-establishment of bush-food orchards will specifically benefit the Vulnerable Golden-backed Tree-rat (Mesembriomys macrurus), which is solely dependent on native fruit trees in the West Kimberley.

Plants such as the critically endangered Fringed Seringia (Seringia exastia) and other species that occur in the savannah habitat will benefit from the management of wildfire at the orchard site.

The environment is not the only beneficiary of this program.

Aboriginal rangers, elders and community members, harvesters, growers and pastoralists will be engaged in training and share information to enhance the Karajarri community’s capability to sustainably collect, store and sell large quantities of bush-food products. There will be increased training for seed collectors in sustainable wild-seed harvesting.

It is critical that best-practice methods around bush food production are developed and adopted widely to ensure the bush foods are of good quality and to minimise environmental damage from agriculture. A sustainable harvest code of practice will reduce pressure on valued fruits and bush resources surrounding and inside nationally protected environments, such as the Endangered Monsoon Vine Thickets, of the Dampier Peninsula.

The Environs Kimberley team is looking forward to seeing how this project will evolve and expand to help support the Karajarri community.

When a new government is elected we sometimes hope that the outlook for our environment will improve. Australia, with its...

How does Right-way Fire help animals in the desert?

In September this year, Environs Kimberley ecologists and the Ngurrara Rangers headed to Kuduarra (Well 46) down the spectacular Canning...

On October 31st we had the privilege of attending the Martuwarra Fitzroy River Council launch of a management plan for...