Traditional Owners, Environs Kimberley and Broome residents were heartbroken recently when on the 11th of August an arsonist lit fires that ripped through the much-loved Minyirr Park, and bushland near Gantheaume Point.

Sixteen hectares of Endangered Monsoon Vine Thickets were burnt; a culturally and ecologically important network of fire-sensitive rainforest-like patches extending up to One Arm Point.

Twenty five hectares of the Priority 1 Cable Beach Ghost Gum (Corymbia paractia) were burnt, a species found only on the Broome peninsula.

Lastly, eighty-three hectares of the Priority 1 Ecological Community Minyjurru on relict dunes (Sersalisia sericea) was incinerated, one third of the total remaining ecosystem, which also only occurs on the Broome peninsula.

The fires also killed many animals including the Northern Brushtail possum. 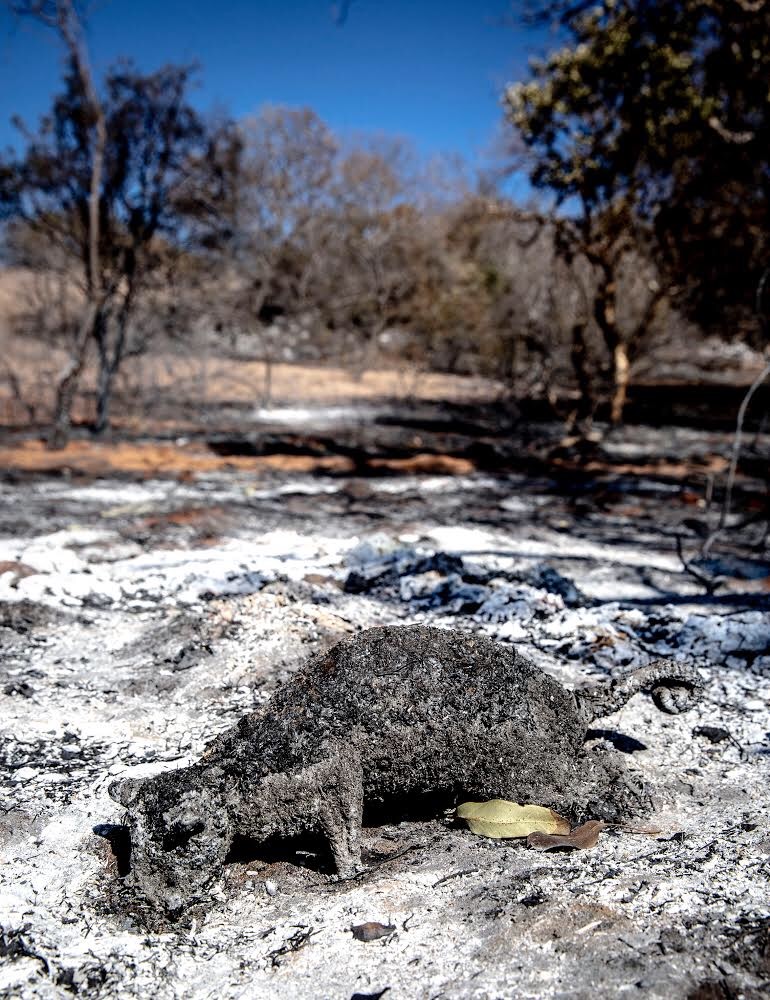 “These fires were extremely damaging because Monsoon Vine Thickets are sensitive to fire and can be destroyed in very hot, uncontrolled fires” said Environs Kimberley project officer Kylie Weatherall.

“It is tragic as these threatened and priority ecosystems take a long-time to establish and mature. There is a great need for improved community awareness, protection through legislation, and resourcing for land and fire managers”

It is hoped that with assistance some of the area will recover. Environs Kimberley are working closely with the Department of Biodiversity, Conservation and Attractions, Nyamba Buru Yawuru country managers and the Broome Shire to monitor and revegetate the area.

There will be opportunities for local volunteers to support this rehabilitation work in coming months.

Broome Police have advised that the maximum penalty for Criminal Damage by fire (Arson) can be life imprisonment.