On October 31st we had the privilege of attending the Martuwarra Fitzroy River Council launch of a management plan for the river, along with a series of short films, talks by Traditional Owners and a viewing of ‘The Serpent’s Tale’, a film by Mark Jones.

EK Director Martin Pritchard spoke at the event and congratulated the Council, led by Dr Anne Poelina, on its hard work. He reminded everyone that we stood together in the past and stopped three dams proposed for the Fitzroy and Margaret Rivers. We can and will protect the river again. 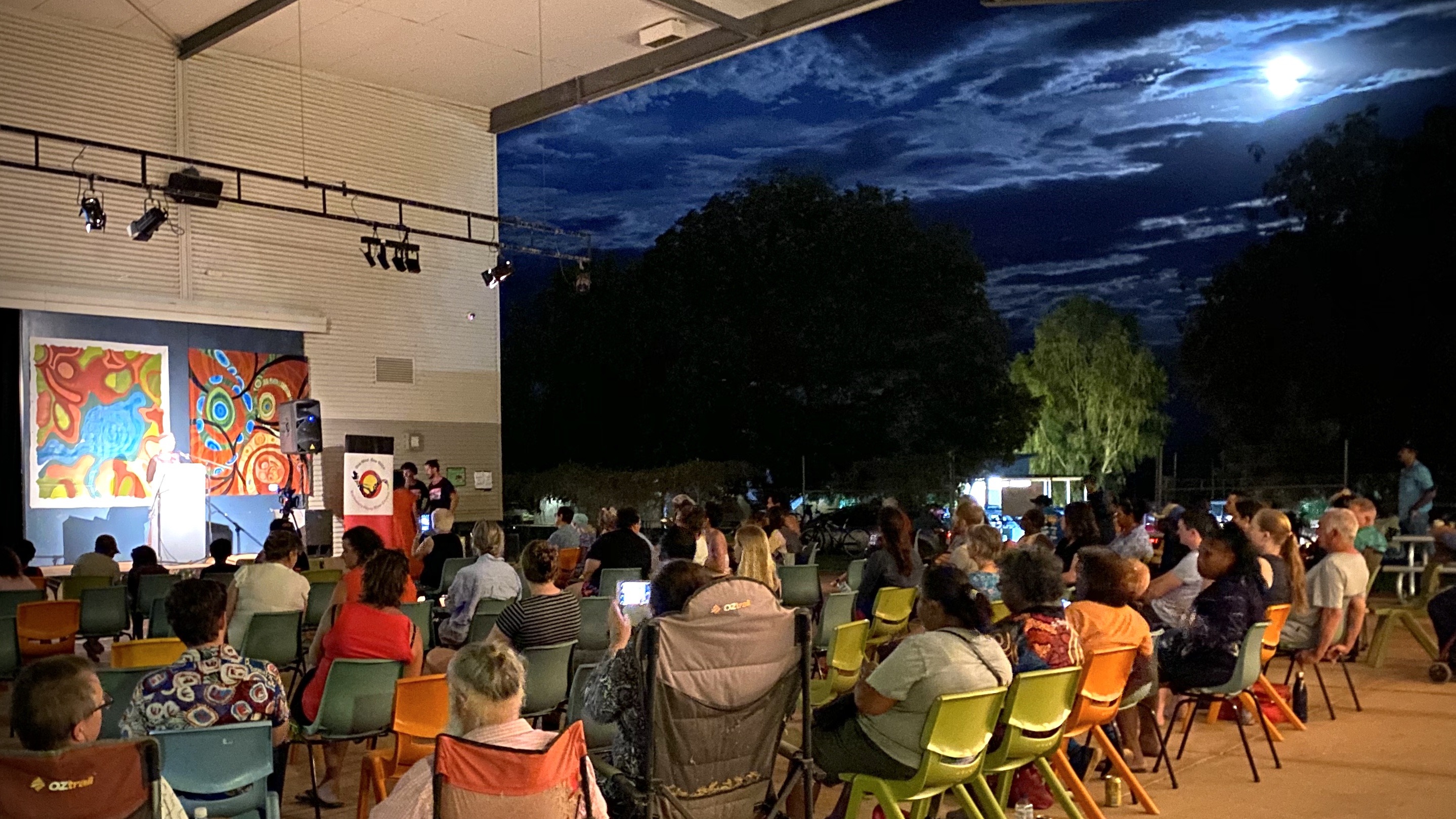 This is groundbreaking work by Traditional Owners towards the protection of the Martuwarra Fitzroy River. The management plan released on the night, available on the Council’s website, outlines the view of Traditional Owners, that all the water flowing down the Fitzroy “…is already allocated to traditional and environmental uses and values, sustaining people and places, plant, animal and fish populations and customary harvestable production as well as community and spiritual connections.” In other words, taking water out of the river in large quantities would diminish the uses and values of the river.

The Martuwarra Council also lays out the importance of a buffer zone to protect the river and floodplains from incompatible industry and development.

The test now is to see if the McGowan Government will listen to Traditional Owners or, instead, give free water to the millionaires and billionaires who are planning to get big pumps, canals and long earth walls to capture floodwater before it gets into the river.

We’ve seen what’s happened to the Murray–Darling; we cannot let this happen to the Martuwarra Fitzroy River.

Please sign and share our petition to the McGowan government calling for protection of the river www.environskimberley.org.au/protect_fitzroy