Kimberley Calling - sign to ban fracking in the Kimberley

Were you there? Kimberley Calling – A Frack Free Kimberley concert was a strong demonstration of the support for the Mangala Traditional Owners, whose country is at threat from fracking. In 2018, the McGowan Government lifted the moratorium on fracking in the Kimberley.

The exceptional feeling of solidarity carried across the entire evening of July 17 at Cable Beach. The wonderful music resounded across the amphitheatre and the kids played like there was no tomorrow. Between the sets, with Bart Pigram as MC, powerful speeches set the tone - Marjardee with her welcome to country, Martin Pritchard, Micklo Corpus and Nuria Jadai - while other Mangala family members were on the big screen. We raised awareness about the risks if the fracking industry gets a foothold in the Kimberley: the potential to destroy a globally important landscape and custodians’ homelands, as well as thwart the future development of sustainable industries. The concert finished on a high with John Butler’s set. He had been personally invited to perform by the Mangala people.

Our numbers on the night demonstrated our commitment to ensuring a Frack Free Kimberley. The crowds showed that we agree with the Mangala Traditional Owners. It is unfair that, while fracking was banned in the Perth, Peel and South West regions, their homelands are left open to this destructive industry. The support from all the musicians raised our voices: Albert and Woody Gray, Mama Kin, Wil Thomas, Tania Ransom, Olive Knight, Clifton Girgiba, Sarah Mortimer, the Mexicans, John Butler and Stephen Pigram. 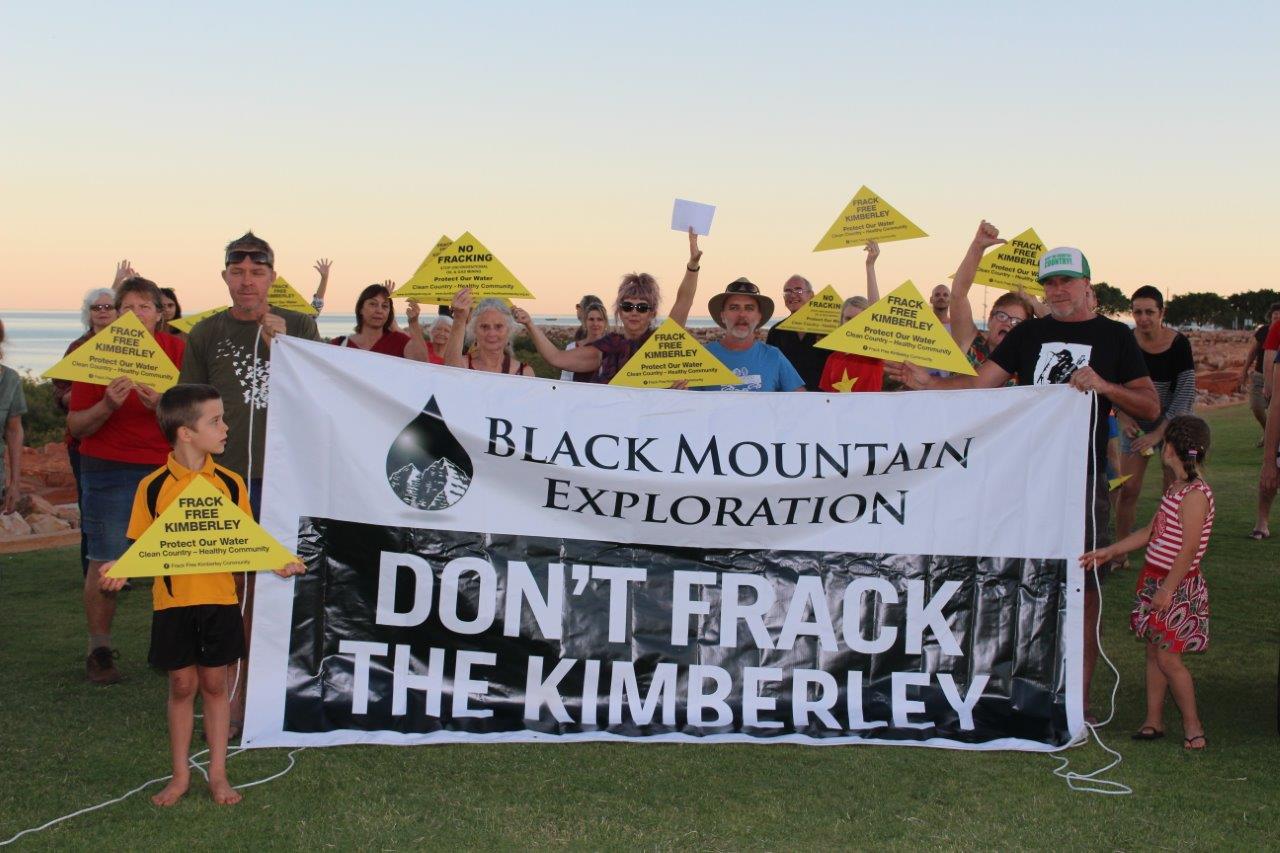 2,000 people say no to fracking in the Fitzroy River Catchment

Early September, 2000 people added their voices to the call for a Frack Free Kimberley. Submissions to the Environmental Protection Agency (EPA) urged it to reject Black Mountain’s push to drill and frack 20 wells in the heart of the Kimberley near the Mount Wynne and Hardman Creek, creeks that flow into the National Heritage-listed Martuwarra Fitzroy River.

Until the McGowan Government bans fracking, the Kimberley is still threatened by this toxic industry, but you can join the groundswell of people who know the value of this region and are willing to act.

Thank you for all you’ve done so far and for all that you are willing to do in the future. Now, you can sign our petition to the WA Government to ban fracking in the Kimberley by clicking here.