An agri-business proposal by Murray Darling cotton farmers in the Kimberley is a huge threat to one of Australia’ and the world’s last free flowing large rivers.

The proposal is seen as the first step in the broader push for large-scale agriculture and growing crops like genetically modified cotton in the Fitzroy River catchment. 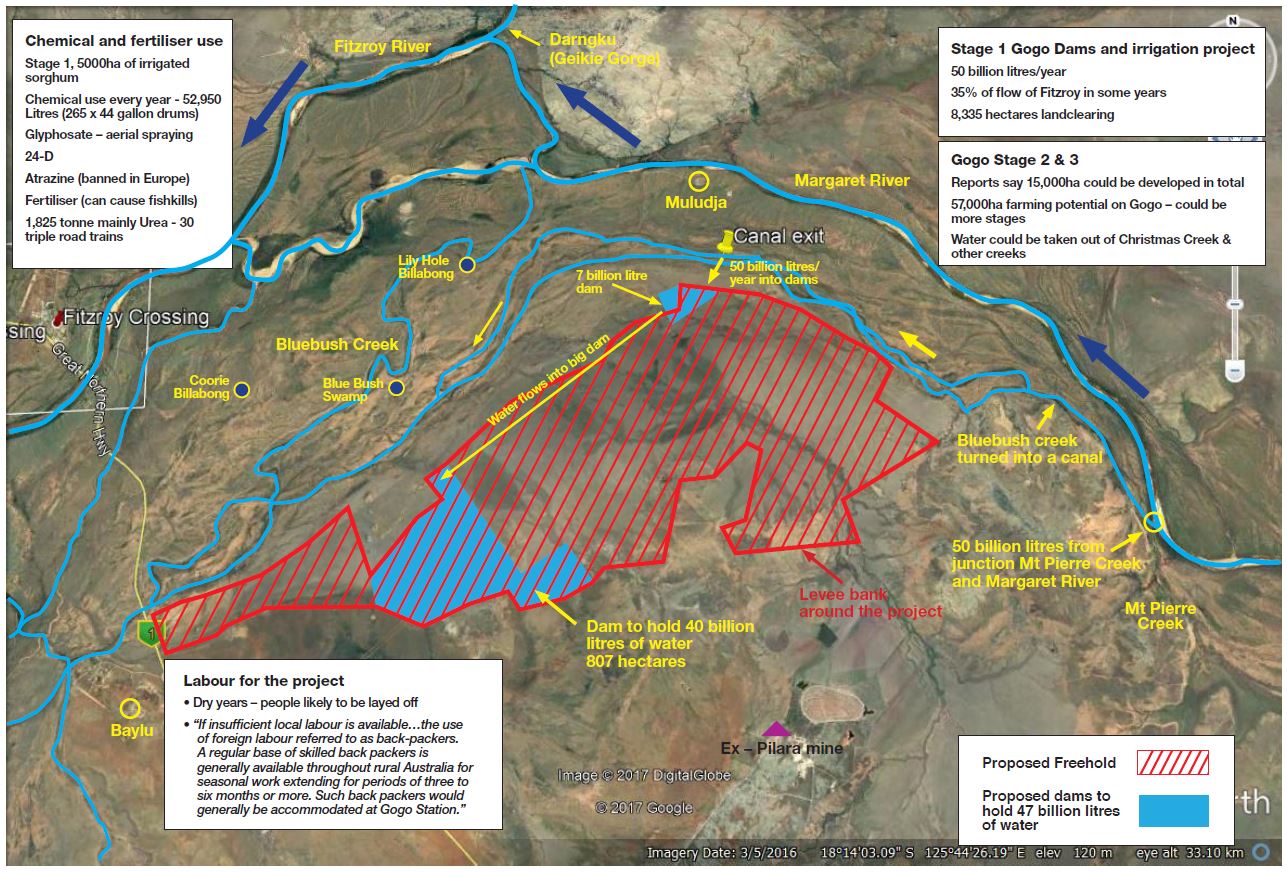 “This proposal has far reaching consequences for the whole Fitzroy River catchment if it is allowed to proceed. Experience from the Murray-Darling tells us that largescale irrigated agriculture with very large water use as well as the use of poisons like pesticides, weed killers and fertilisers can devastate rivers.”

The WA Labor government committed to protecting the National Heritage listed Fitzroy River and its tributaries from dams and to new National Parks along the Fitzroy and Margaret Rivers at the last election. This project proposes taking water from within the proposed National Park, and massive land clearing in and around the proposed park.

This proposal challenges the McGowan government’s election commitments to protect the Fitzroy River and its tributaries.

“Life in the Fitzroy River is boom and bust. In the long hot dry season the river stops flowing and life hangs on in permanent pools of water. Massive water extraction and pollution from industrial agriculture could destroy these refuges for river life.”

“It’s crystal clear that the community wants to see the Fitzroy and its tributaries remain unspoiled and that the mistakes of the south and failed schemes like Camballin are opposed very strongly.”

Environment groups are asking the EPA to reject the proposal due to the massive impact it will have on National Heritage and environmental values of the river.