Oil and gas fracking company plan to clear 1,100 km through Kimberley must be transparently assessed

New Origin Energy and Buru Energy plans to bulldoze roughly 1,100km of seismic testing lines across the Kimberley’s iconic landscape must be transparently assessed under the Environmental Protection Act, according to Broome based conservation group, Environs Kimberley.

It was recently revealed Buru, which has formed a joint partnership with notorious fracking company Origin Energy, had bulldozed about 14,000km of vegetation for seismic testing in the Kimberley since 2009. Seismic testing is being used by the companies to determine the presence of gas and/or oil deep beneath the Kimberley. 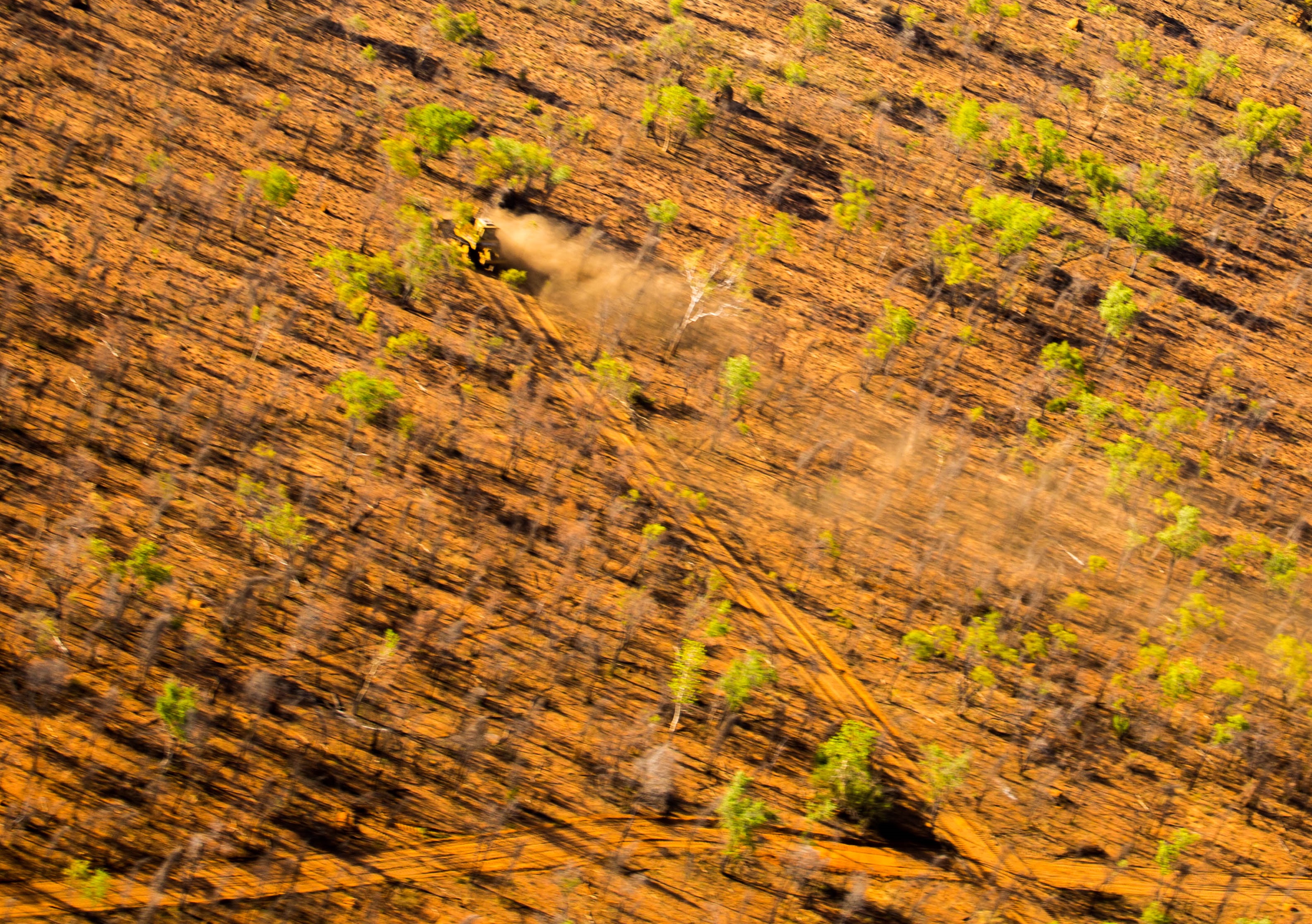 Because the seismic clearing projects are usually approved internally by the Department of Mines and Petroleum (DMIRS) there has been very little public or independent scientific input and no consideration of cumulative impacts.

“The clearing, to test for oil and gas reserves, would involve a bulldozer destroying all above ground vegetation to create four vast grids including one just 25km east of Broome,” he said.

“We are increasingly concerned by the scale and cumulative impacts of these seismic clearing projects and do not believe internal approval processes are adequate to address such impacts.

“Before any more large scale clearing is done we need to see a thorough, independent examination of the impacts of such extensive clearing, including in relation to threatened species that occur in the area like the Bilby; loss of large old trees with hollows; erosion and weed spread and creating pathways for foxes and cats.

“The EPA has previously highlighted its concerns over clearing regulation in WA, pointing to the lack of transparency arising from the complex system of delegations and exemptions allowed for various types of clearing, including petroleum exploration.

“This is an opportunity to publicly scrutinise one form of large scale clearing occurring in WA and to shine a much needed light on what is happening under the radar across the West Kimberley and Canning basin.”