Passion running high in the Kimberley on fracking

Reports in the media on the weekend that the WA Premier Mark McGowan was about to open up the Kimberley to fracking prompted a strong reaction in Broome on Monday.

More than 250 people turned out with just 24 hours’ notice to protest at Entrance Point beach against any decision to allow fracking in the world renowned region. 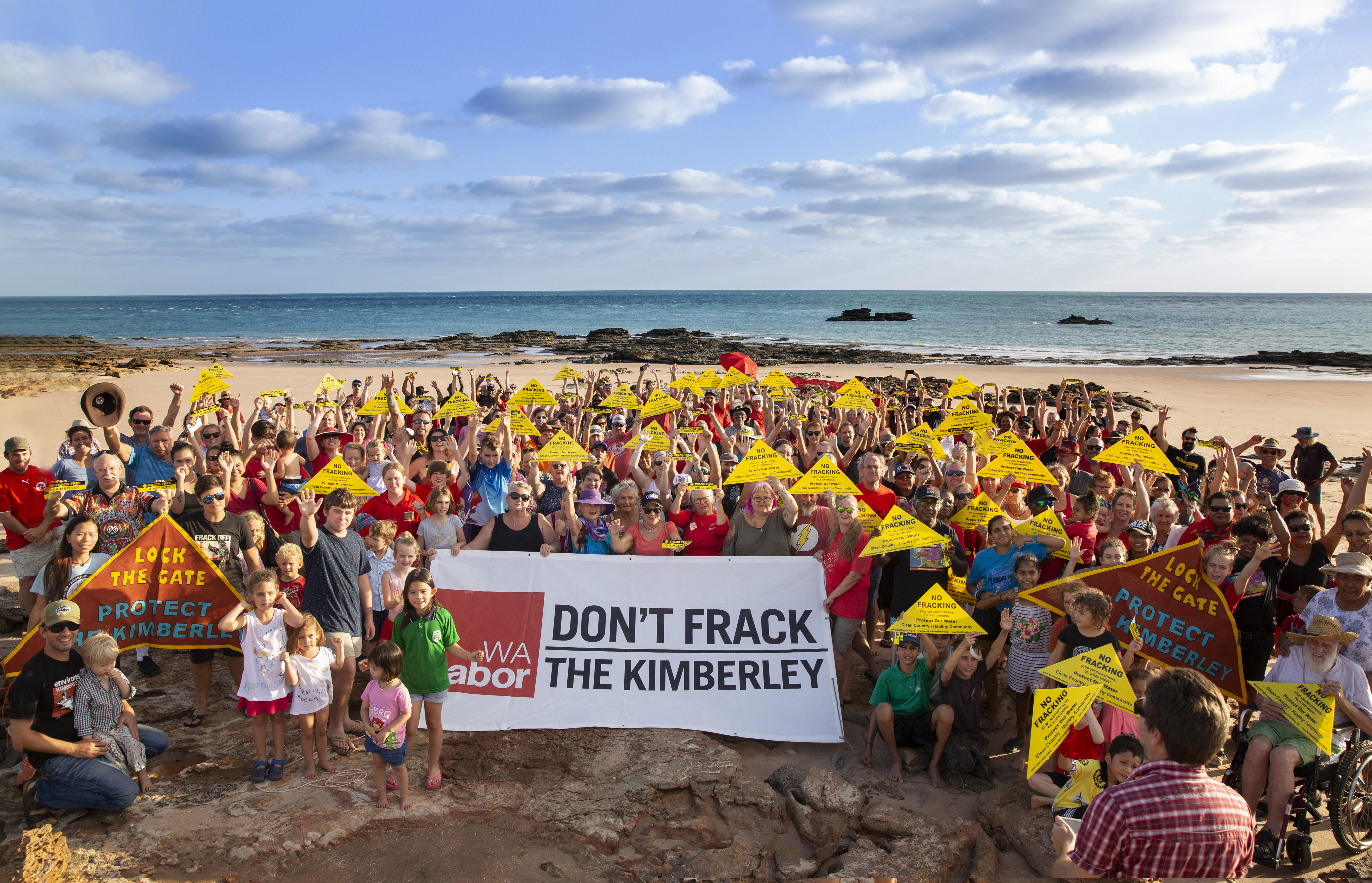 "The Kimberley has a special place in the nation's psyche, it is world renowned for its vast, intact landscapes, it has the oldest continuing culture. For most people it’s the kind of place you put on your travel bucket list. Allowing fracking in a place like the Kimberley is the kind of decision you'd expect from Donald Trump not Mark McGowan's Labor government," said Environs Kimberley Director Martin Pritchard.

"People are genuinely shocked when they find out the Kimberley could be a gas fracking province. They can't believe it," Mr Pritchard said.

An on-line petition calling for ban on fracking set up by the regional conservation group has now been signed by 6,000 people, mainly from WA. Polling has shown that the vast majority of people are opposed to fracking.

"People strongly agree that the ban on fracking in the southwest, Peel and Perth Metro areas is the right thing to do but they're angry that there's no ban in the Kimberley. People say it’s not right we are being treated like second class citizens just because we live in the Kimberley,”

Traditional Owners are very concerned with four groups now officially opposed to fracking across thousands of square kilometres of the Kimberley. The WA Labor Party promised Traditional Owners a veto at the last state election but it is not yet known as to whether the McGowan government will stick to the promise.

"A decision to allow fracking doesn't make sense, the people don't want it, the Unions don't want it, the ALP State Executive don't want it. Why make such an unpopular decision when there's unlikely to be any gain for years, especially at a time when we're supposed to be reducing carbon emissions not increasing them," said Mr Pritchard.

The time is right for renewable energy which is cheaper and cleaner and we have a plan for that.

It is very clear that passions are running high in the Kimberley and the McGowan government will be dogged by any decision to allow fracking in the region for the rest of their term.

“This is going to be very unpleasant for the Premier if he pushes fracking here, just like James Price Point was for Colin Barnett.”