James Price Point (JPP), or Walmadany, is 65km north of Broome. This area is of outstanding ecological significance. Off the coast, the largest Humpback Whale population in the world migrates to the warm Indian Ocean waters, where calves are born and nurtured.

In the intertidal zone, the Broome sandstone is imprinted with 130-million-year-old dinosaur footprints, one of the most diverse sets of tracks in the world. Behind the coastal dunes, the rare and endangered monsoon vine thickets are rich in plants and animals, they are remnants of ancient rainforests that spanned Northern Australia millennia ago. The area is also one of great significance to the Aboriginal custodians. It contains many important cultural heritage sites.

The original proposal for gas refineries on the Kimberley coast was put forward in 2005. In 2008 the WA Government chose James Price Point as the site for Woodside and its joint venture partners to build one of the world’s largest gas refineries. 30 km2 of vine thicket and pindan woodlands would have been destroyed and 50 km2 of the ocean would have become a ‘marine dead zone’ had the project proceeded according to government reports. The community rallied in opposition for eight years. In 2013, the companies decided not to go ahead.

The story of the campaign to ‘stop the gas’ has been documented from many perspectives – from local people, artists, film makers, researchers, the Indigenous and mainstream media (see links below).

This video focuses on events that took place in 2011 during the battle to save James Price Point. Featuring shocking footage of police force used to push through the blockade, the 'lock on' that began the successful 30 day blockade and interviews at the protest with Traditional Custodians and other protesters including the Traditional Lawman (now deceased) for the area, a shire councilor, musician John Butler and many others. Produced by Paul Bell (feral films) this video is a must see for anyone who wants to understand the community effort to stop the proposed Gas Hub at James Price Point in the Kimberley, Western Australia.

As the Kimberley’s peak ENGO, EK was a main coordinator of campaign activities. We assembled and analysed 10,000+ pages of information from government and industry to understand what possible environment damage and risks there would be. We shared these findings widely, keeping locals and the wider community informed. Along with other groups, we provided detailed submissions to government and the Environment Protection Authority [link to a page with pdf submissions] on the unacceptable environmental impacts of this proposal.

Following the Woodside’s withdrawal, the Western Australian (WA) government has continued to push for an industrial complex at JPP. EK maintains a watching brief on this.

EK supports the recommendations of various scientific bodies, the Environmental Protection Authority (EPA) and a number of WA governments dating from the 1960s that the area should be a conservation park and that it be jointly managed by Traditional Owners. 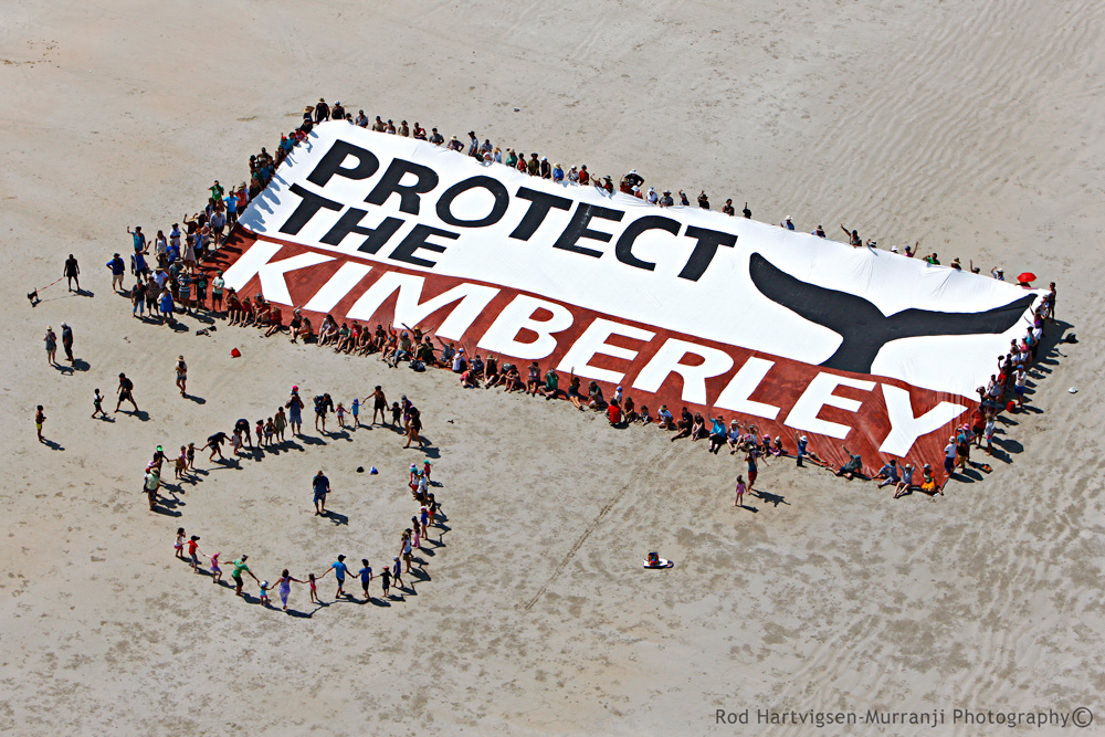