More than 50 people gathered on the Willare Bridge on the Martuwarra Fitzroy River on Sunday, calling for Premier Mark McGowan to protect the National Heritage listed river.

People travelled from up to 300km to attend the rally, supporting Traditional Owners and the community who fear for the future of the Martuwarra if large-scale irrigation is approved.

Proposals to pump more than 375 billion litres of water from the river by pastoral leaseholders Gina Rinehart and Murray-Darling cotton and beef farmers, the Harris family, will risk the health of the Fitzroy River.

Traditional owners have never consented to taking water from the Martuwarra and are instead calling for support for industries that are compatible with protecting the Kimberley’s unspoilt landscape, that celebrate nature and Aboriginal culture.

A recent report by Curtin University found that $43 million in tourism income could be created if the Fitzroy River National Park was expanded, with 160 new full-time jobs - creating long lasting benefits for the community.

The study discovered that over 43 per cent of people rated being able to enjoy intact nature and landscapes as the highest importance to visiting the Fitzroy Valley, while 73 per cent declared the presence of Aboriginal experiences would increase their interest in visiting. 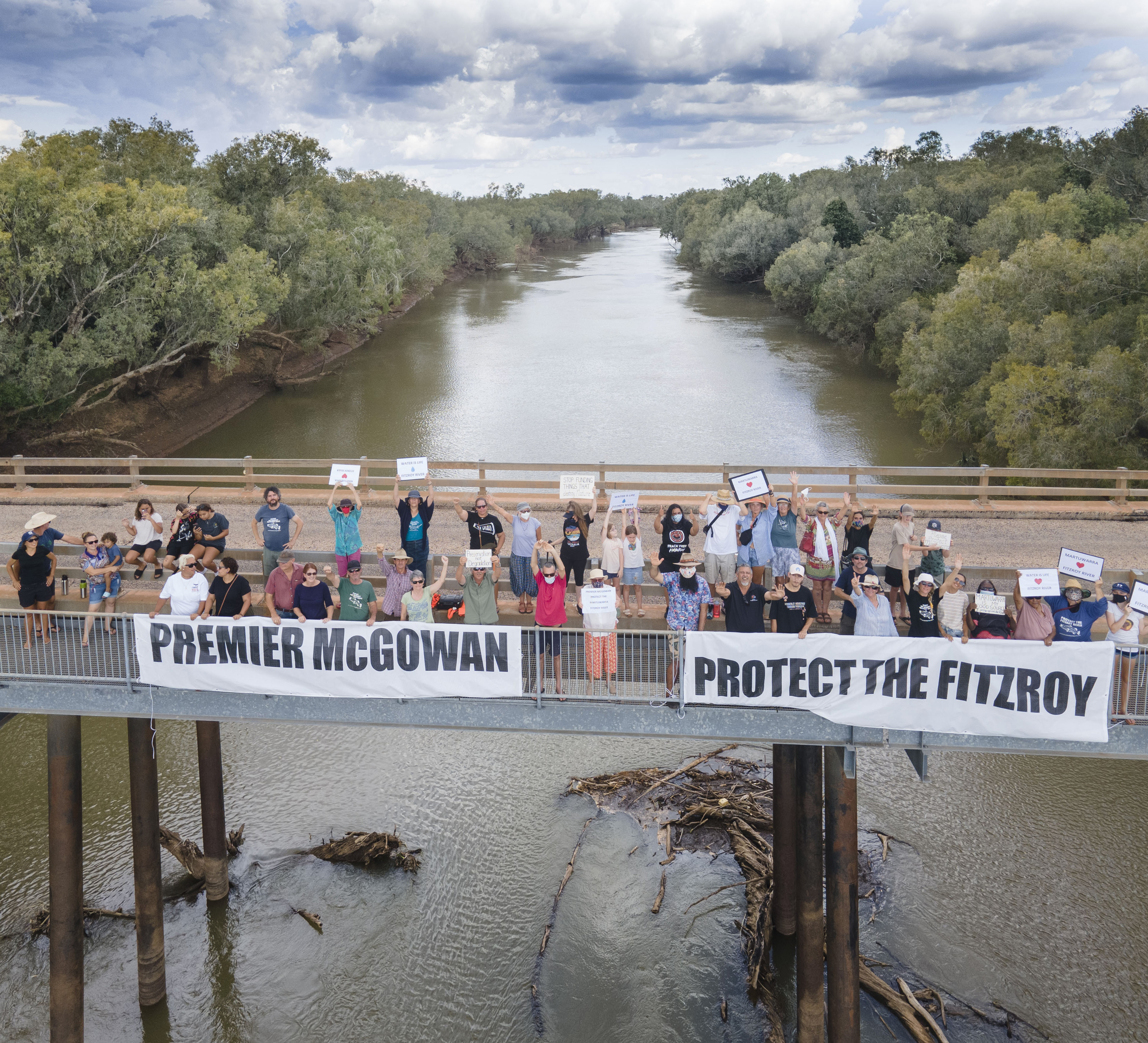 Environs Kimberley Director Martin Pritchard said irrigation proposals would turn the Martuwarra into the next Murray-Darling, damaging the river and harming any future for tourism.

“The Martuwarra Fitzroy is one of the few large intact tropical river systems in the world, it’s got more value as a free-flowing river and that’s the way locals want to keep it,” he said.

“Tourism is much more valuable to local people and can provide a significant number of jobs.”

In 2021, 43,000 Australians made submissions to the WA Government calling for strong protection of the Fitzroy River, its floodplains, and tributaries. Over 1,100 submissions were from the Kimberley.

Joe Ross, a Bunuba man and former Chair of the Commonwealth Government Northern Australia Land and Water Taskforce said Bunuba people had aspirations to work on country and share it with the world through tourism.

“We are very concerned and always concerned about industrialisation on our country,” he said.

“One of the things we are constantly confronted with at Bunuba is the primary premise that the mining and resources sector, and agriculture will provide us with thousands of jobs and is the only panacea of hope if we are to move forward economically.

When in fact at Bunuba we are continually looking at expansion of national parks and pastoral operations, and the alternative economy we are building on like tourism, park rangers and environmental services across our country.

“They are opportunities that will create far more jobs and opportunities for our young Bunuba people and give them hope through being in touch with their culture and connection to country.”