Win on the way for Walmanyjun (Cable Beach) turtles!

After years of attempts by turtle monitors and local residents to protect nesting and hatchling turtles from vehicles at Walmanyjun, these beloved reptiles are very close to having much more protection in the 2022 nesting season.

This comes after a community campaign to push for higher safeguards for the Flatback Turtles – an endangered species, – that nest on the beach every year. Congratulations to Rowena Strain and friends, who instigated the petition to Council, which had more than 1,000 signatures and triggered the change. We were very happy to help her along the way and it was heartening to see the outpouring of support for the turtles from a wide cross-section of the community. The new protection measures recommended by the Yawuru Park Council (YPC) to close the beach during nesting and hatchling time in December and January are a great step in the right direction. As the YPC’s report to the Broome Shire Council (18 November, 2021) says: “This is a compromise on the best practice conservation outcome, to provide for continued vehicle access outside of peak hatchling months.”

To fully protect the turtles from vehicles, the beach would be closed to vehicles from November to February. The final decision will come after the Shire has received a report from the Yawuru Park Council following its June 2022 meeting. We will let you know if support is needed. 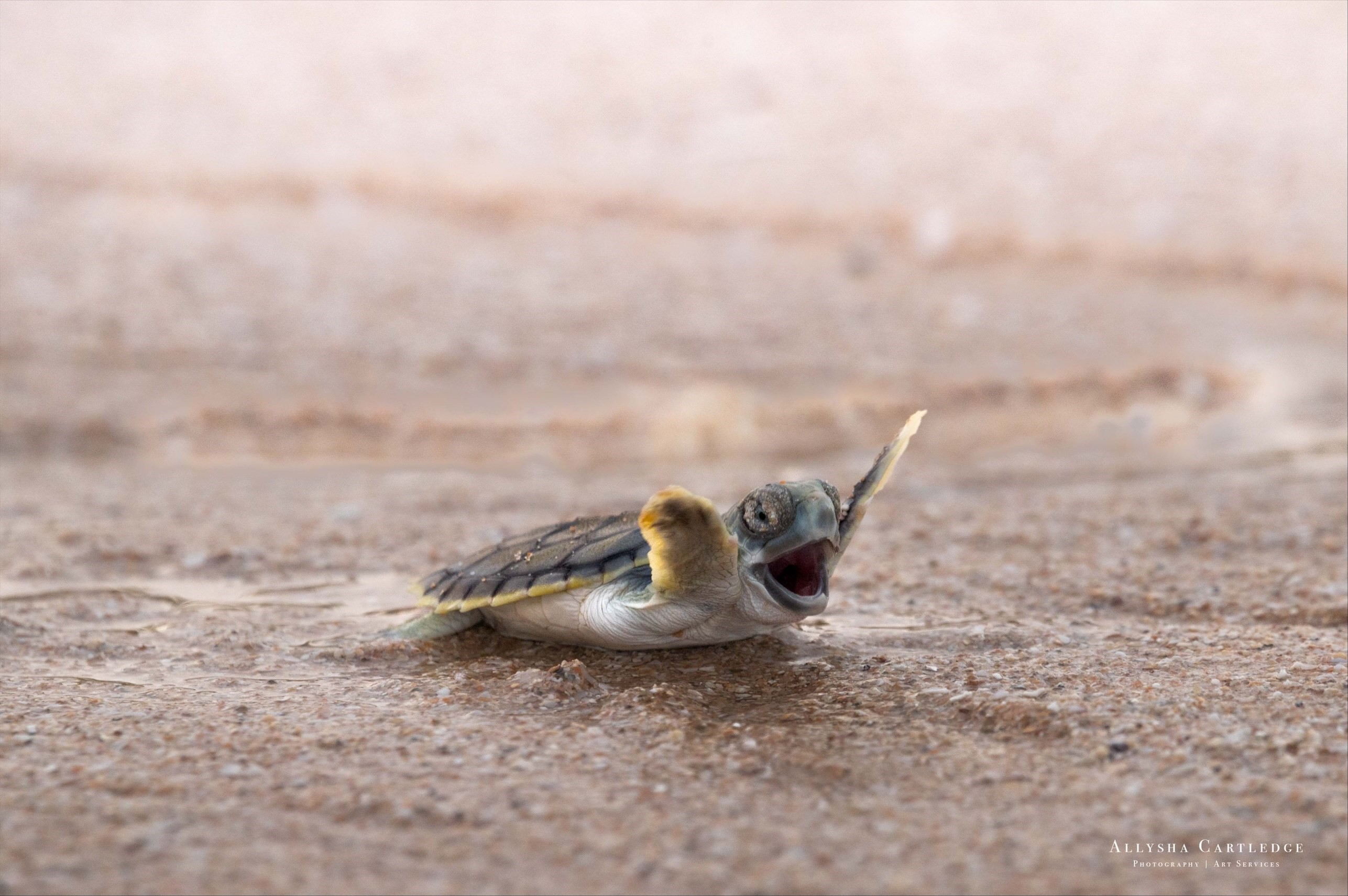