Late in 2018 unsubstantiated reports came to us of mass Sawfish deaths at Liveringa. Following confirmation from the McGowan Government, Member for Mining and Pastoral, Robin Chapple MLC, asked a series of questions in the WA Parliament. Included with the answers was a report by Murdoch University of the mass Sawfish deaths (see here for a copy). The report said that 46 critically endangered Sawfish had died in two pools that had been cut off from Blina Creek, a tributary of Snake (Uralla) Creek, which is fed by the Fitzroy River. 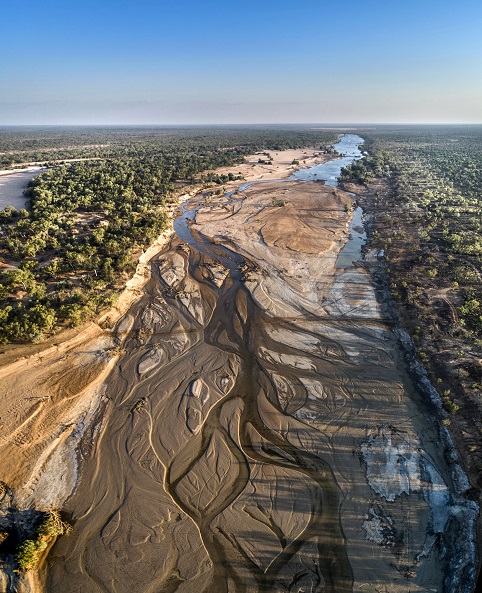 To find out more we put in a Freedom of Information Application to the Department of Primary Industry and Regional Development (DPIRD). The information revealed that the Liveringa leaseholders, DPIRD and Murdoch University, swung into action to try to save the Sawfish. It was too late, and only two were able to be translocated to Snake Creek. According to the report it was ‘...unclear as to why these sawfish became trapped...’.

We found that DPIRD didn’t want the story to go public. ‘I am trying to prevent this issue getting out into the media,’ said Ellen Smith, acting regional manager of DPIRD, in an email sent in the days after the rescue mission. ‘If it does go to the media, then it will probably just prevent station staff from reporting it in the future.’

The whole incident, and the attempt to bury it, raises the question of accountability around a globally threatened species. Why is it not mandatory to report deaths of a critically endangered species? There is also the as-yet-unanswered question of whether the pumping of billions of litres of water from Snake Creek played a role in the lowering of water levels in Blina Creek, leading to Sawfish becoming trapped. ‘The Kimberley Like Nowhere Else’ Alliance is calling on the Minister for Water, Dave Kelly, to investigate the deaths. Go to the website to send a letter to him calling for an investigation: www.likenowhereelse.org.au/help