Conservationists have raised fears over plans for a copper mine near the Kimberley’s best known tourism attraction, Horizontal Falls.

A mining company has cleared vegetation and bulldozed a track to an exploration area only six kilometres from world-famous attraction, which has been described by David Attenborough as one of the world’s great natural wonders.

“Horizontal Falls is a Kimberley icon and brings in millions of dollars each year to the local economy, along with dozens of jobs,” he said.

“A copper mine would not only destroy the experience but threaten the most intact coastline and mangrove systems in the world.” 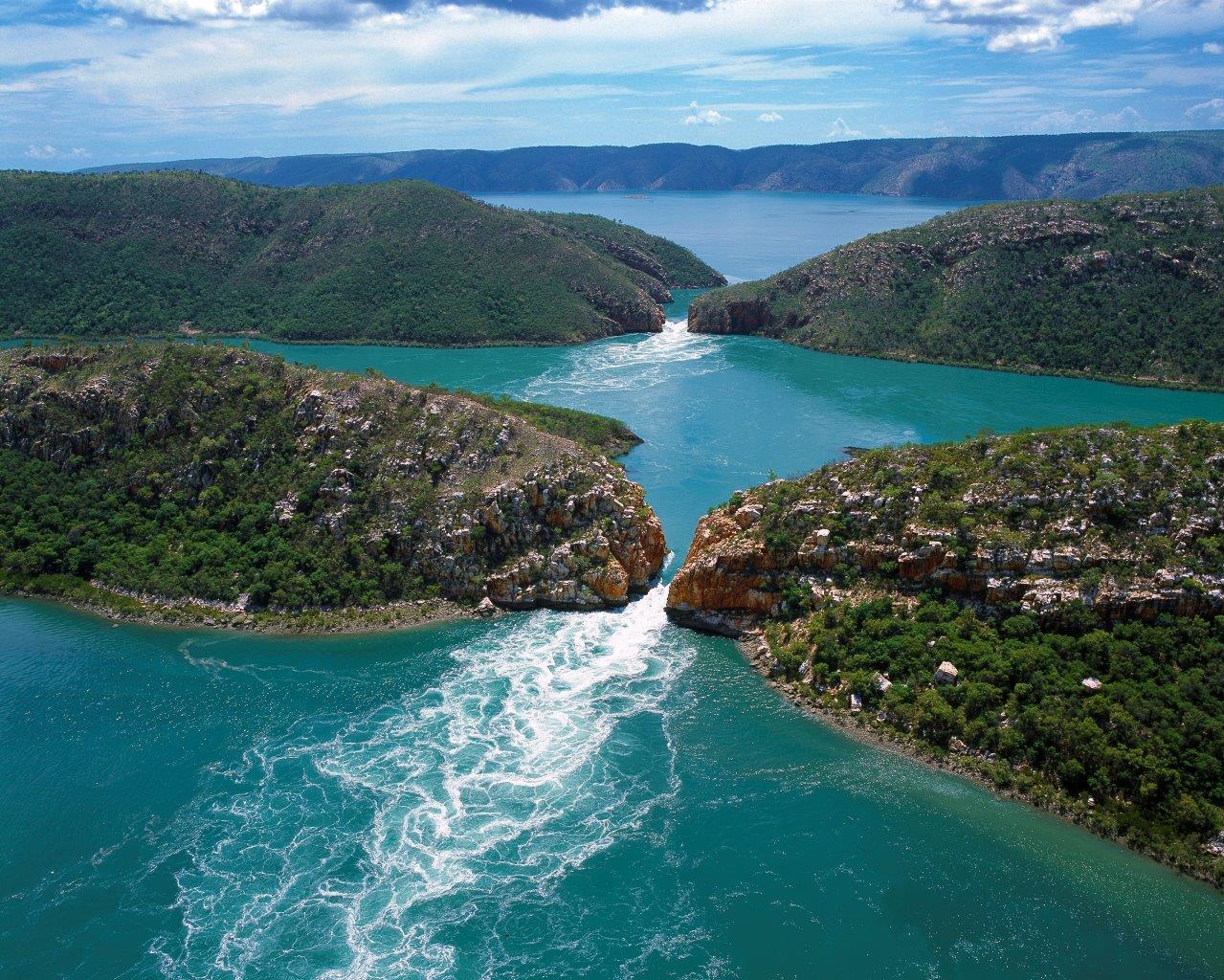 Mr Pritchard urged the Premier to protect the Falls and ensure mining wouldn’t go ahead at this matchless tourism destination.

“Norman Moore understood the importance of Horizontal Falls for tourism and the environment, and for the Dambimangari people. He acted decisively to protect the Horizontal Falls area from mining, but he didn’t go far enough, and now we’re calling on the Premier to finish the job,” he said.

“The Section 19 area doesn’t cover all of the surrounding landscape and exploration tenements. We are now calling on the Premier to protect the Kimberley coast from mining.

“You can’t have a world-class environmental attraction side-by-side with a copper mine. There is nowhere in the world like Horizonal Falls, and it should be protected once and for all. No Premier in their right mind would allow a copper mine in such a sensitive and important place. The obvious solution is to put blanket protection over the Kimberley coast, so we’re not constantly facing damaging proposals that cause community angst.”

Mr Pritchard said it was not the first time the area had been explored by mining companies.

“Rio Tinto undertook exploration there in 2017 but did not go ahead because it is such a sensitive place,” he said.

“Marine parks along the entire coast are heading towards completion. The Great Kimberley Marine Park will become one of Australia’s must-see destinations. Extending from 80 Mile Beach to the Northern Territory border when complete, it will rival the Great Barrier Reef. With its outstanding cultural values under the custodianship of traditional owners, it is a place that would easily make the World Heritage list and must be protected.

“Copper mines have left a toxic legacy all around the world. Premier McGowan has an opportunity to protect the Kimberley coast once and for all. That would be a legacy of global significance.”