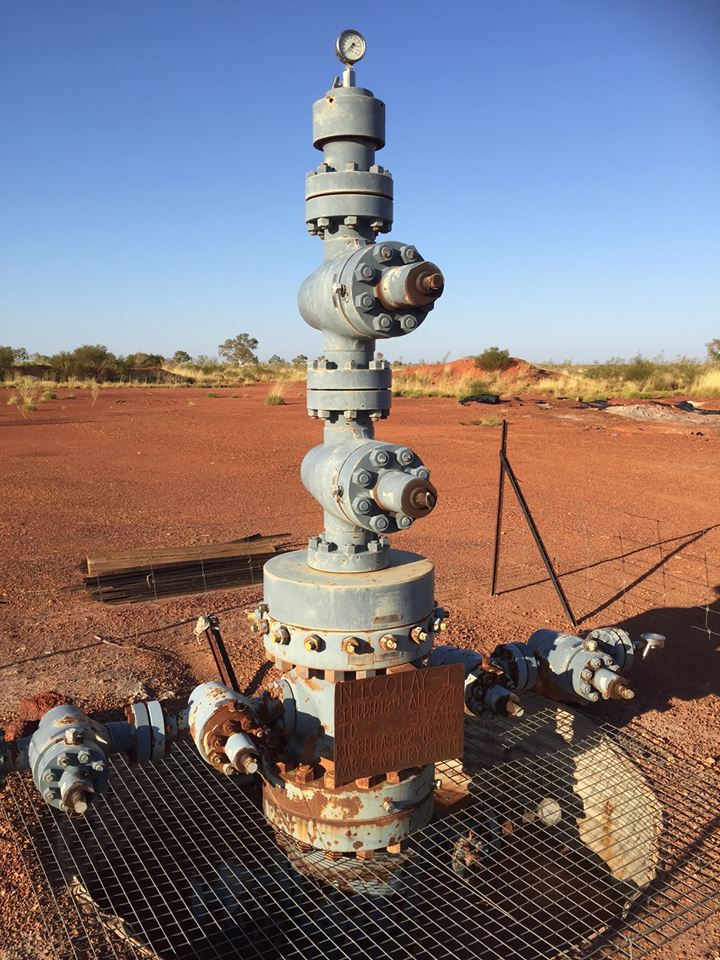 Nicolay 1 well - to be plugged with taxpayer funds Photo: Facebook

"DMIRS has known for years that NSE was in financial difficulty, but instead of demanding payment for rehabilitation liabilities it allowed the company to relinquish its tenements, so escaping its legal obligations and avoiding penalties," said EK Director Martin Pritchard.

"Answers to questions in Parliament and the results of our Freedom of Information applications show DMIRS doing everything it can to protect the interests of petroleum companies instead of those of the public.

"The prime example of this is DMIRS's successful lobbying against the setting up of a pooled rehabilitation fund for the fracking industry, despite this being recommended by the WA fracking inquiry.

"These and other examples show that DMIRS would be incapable of regulating a full-scale fracking industry in the Kimberley, with hundreds if not thousands of wells.

"It can't even regulate the industry with just a handful of exploration wells or well sites."

"DMIRS has adopted such a 'light touch' regulatory model at the behest of industry that the industry just ignores it.

"We anticipate that the long-awaited fracking Code of Practice, which DMIRS has drafted with the help of industry, will provide plenty of loopholes and allow for self-regulation rather than strong standards.

“It’s time for Premier McGowan to draw a line under fracking in the Kimberley, a ban is the only way to ensure that the world famous region is protected into the future,” said Mr Pritchard.

Support the campign to stop fracking in the Kimberley by becoming a member or donating.