New research shows that the Kimberley region is set to experience a dramatic increase in days over 40 degrees if greenhouse gas emissions are not reduced in line with the Paris Agreement.

The report, by the Australia Institute using CSIRO and BoM data, shows the projected increase in extreme heat days for towns like Broome, Derby and Bidyadanga, will have devastating effects on the Kimberley’s Indigenous communities, outdoor workers, industries and ecosystems.

The report shows that without a reduction in greenhouse gas emissions: 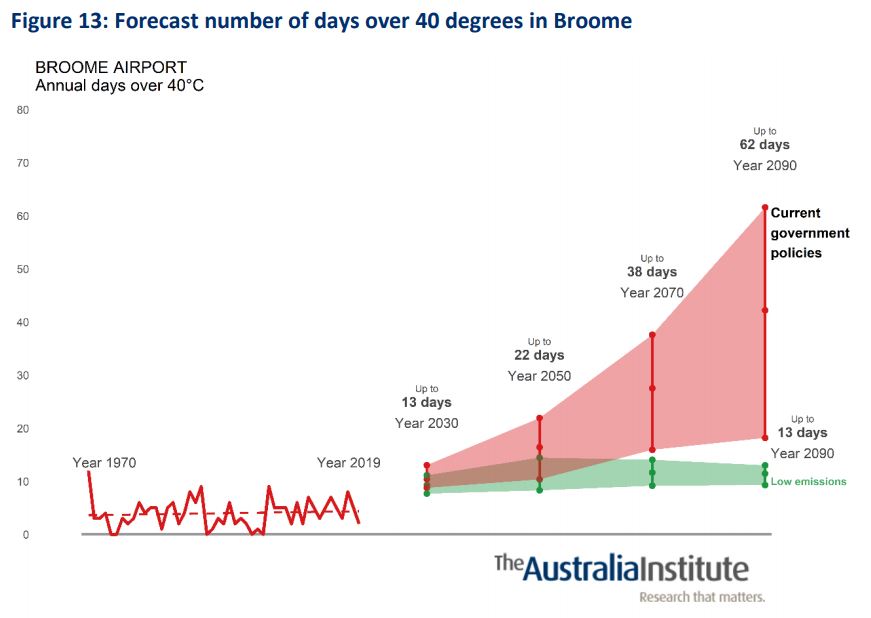 “As things stand, a child in a town like Kununurra could expect over half their year spent in 40°C days or over by the time they can access a pension,” says Richie Merzian, Australia Institute Climate & Energy Program Director.

“Extreme heat conditions can have serious health ramifications, especially for the very young and the elderly, including heat stroke and even organ failure which can result in death.

“Also particularly vulnerable to the extreme heat will be miners, construction workers, tourism operators and agricultural workers, who are vital to the Kimberley economy, and often undertake heavy work in already hot conditions that are set to worsen severely.

“Fortunately these climate projections are not inevitable, if emissions are reduced in line with the Paris Agreement, these increases in heat can be largely avoided.”

Martin Pritchard, Executive Director Environs Kimberley, says “Kimberley residents have just sweltered through one of the region’s hottest months, with temperatures 3.2 degrees above the historical November maximum temperature average, and 7 days above 40 degrees in Broome already this November alone. By 2090, the entire Kimberley region will be experiencing extreme heat of the likes we have not seen in Australia before.

“The Kimberley has one of Australia’s largest shale gas reserves and we now know that we cannot frack it and burn it if we want safe temperatures into the future. It has to stay in the ground if we want to avoid dangerous climate change.”

The report is available here:

HeatWatch - Extreme heat in the Kimberley

CALL ON THE MCGOWAN GOVERNMENT TO BAN FRACKING HERE 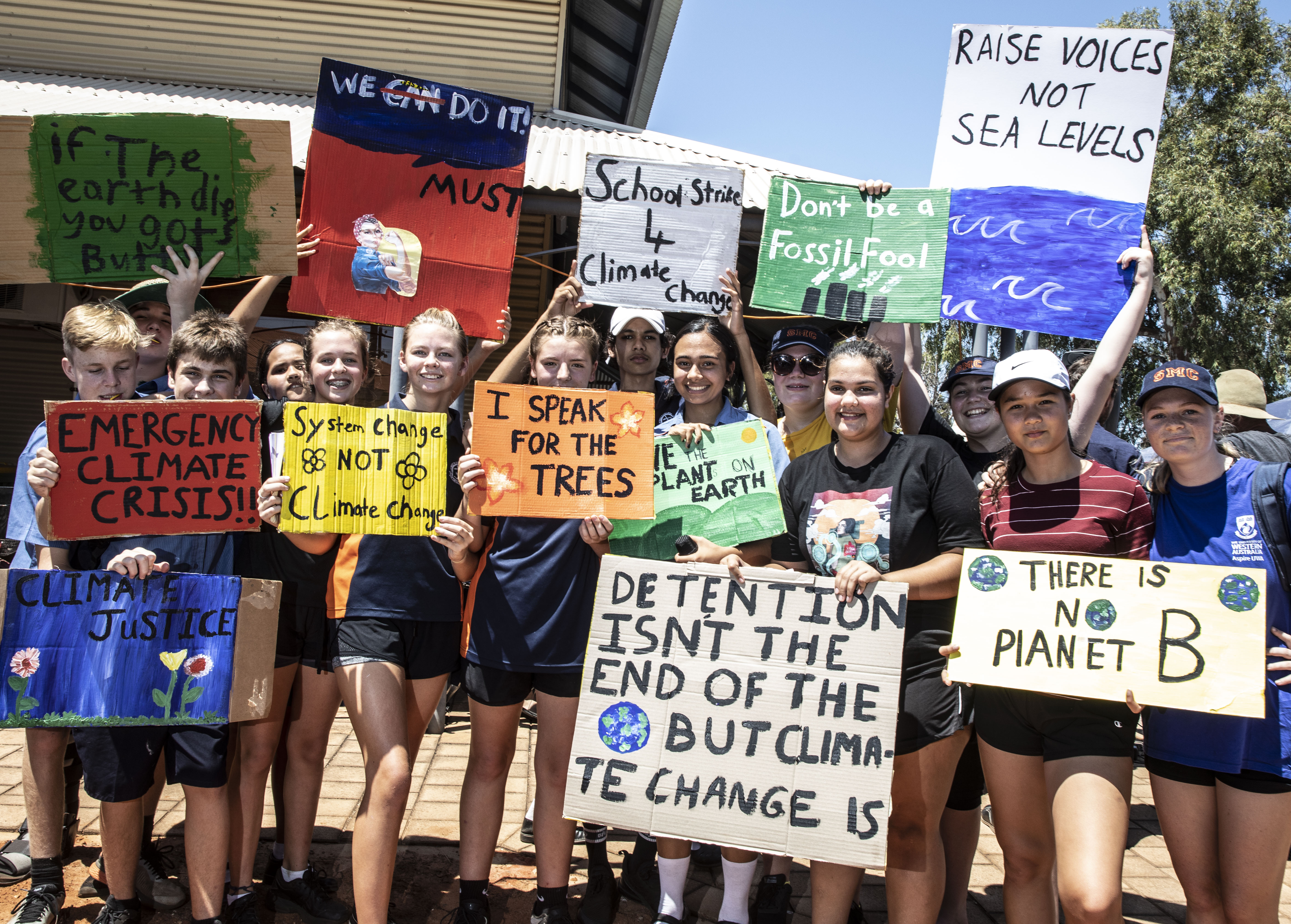