Once planted as a shade tree in many Kimberley communities, Neem (Azadirchata indica), is emerging as an insidious and highly invasive weed in the bush, harming the natural environment, agricultural production and cultural sites across the region and northern Australia.

In 2013, at a meeting of land management agencies to determine regional weed priorities, delegates ranked Neem among the top environmental weeds in the Kimberley.

In 2015, participants in EK’s inaugural ‘Kimberley Weed Forum’ voted Neem the highest priority weed in the region. EK made the point that collective knowledge about the weed in the region must be shared and expanded.

In 2017 EK worked with weed control operators, Aboriginal rangers, government, community and others to collate knowledge about Neem in the Kimberley and produce the Interim Kimberley Neem Management Plan. 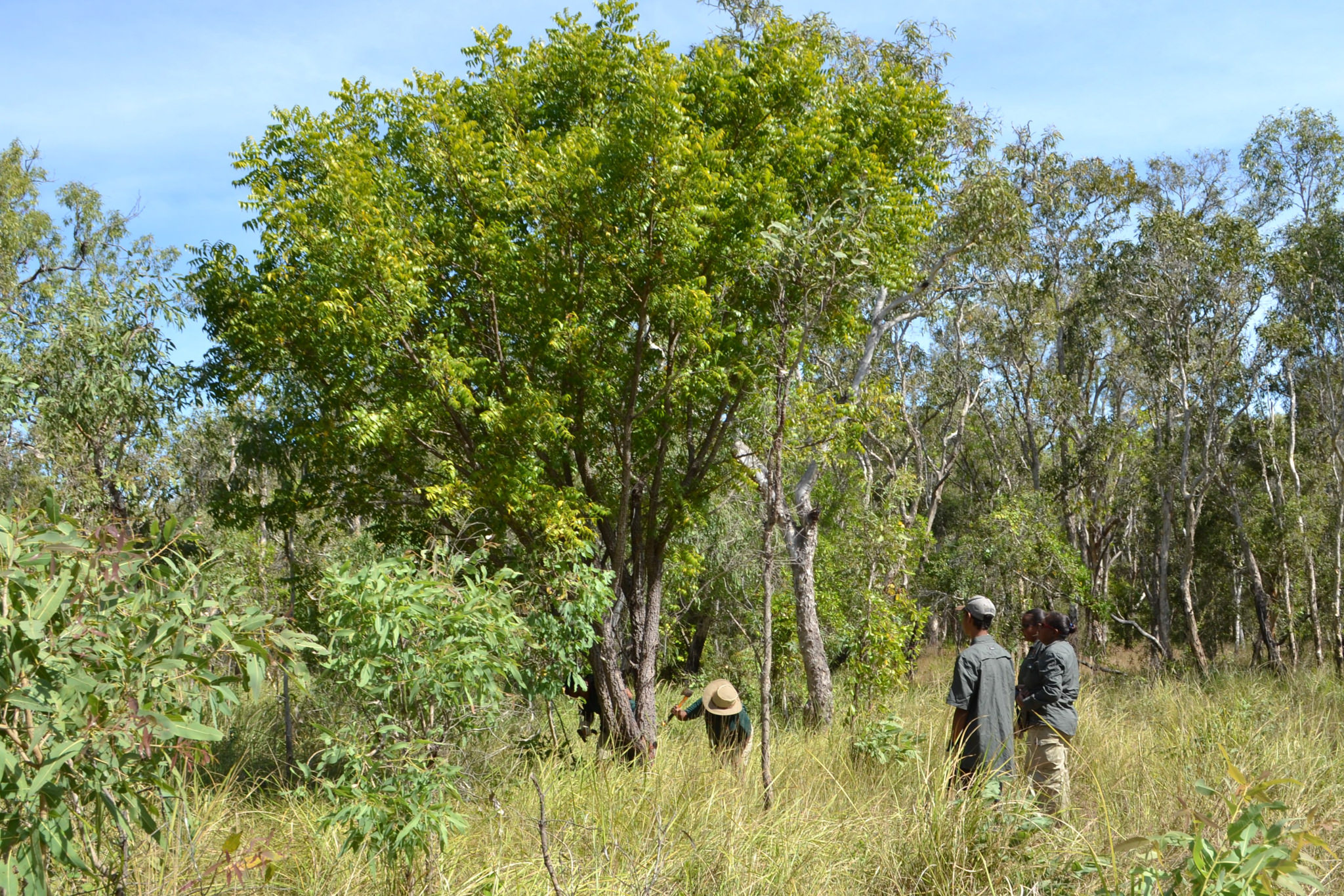 In the Northern Territory, Neem is a Class B and Class C weed and is listed as a risk to biosecurity and agricultural management. In Queensland in 2016, authorities undertook an invasive plant risk assessment for the Neem and determined Neem spread as rapid. In Western Australia, Neem remained an undeclared weed.

In 2018, industry, local government, biosecurity, Aboriginal and conservation groups rallied in support of the Kimberley Rangelands Biosecurity Association’s application to list Neem as a declared pest under the Biosecurity and Agriculture Management Act (2007).

In August 2019, it was announced that the application had been successful and Neem was declared a pest under the Act.

What has been done:

In 2018/19 KNP have been trialling innovative methods for controlling Neem and other woody weeds in the Kimberley with Yawuru Rangers and community members. The new capsule technology has great potential to improve the safety, effectiveness and efficiency of woody-weed control in remote areas.

In 2019/20 we are working with stakeholders to hold regular Kimberley weed network meetings, communicate regional weed news via email, web and print media and host the second Kimberley Weed Forum in 2020.

KNP is making sure that the Kimberley community, government and landowners and managers, such as pastoralists and Aboriginal ranger groups, are aware of and have access to the 2017 Interim Neem Management Plan for the Kimberley and other useful materials, including our ‘How to’ guides and instructional video.

In the Kimberley there are still large knowledge and data gaps about Neem’s distribution, density and impacts, and we continue to seek funding for projects to:

We are grateful for support at various stages of the project from the State NRM WA and the Australian Government National Landcare Program.