Climate change was a major concern at the McGowan Government Community Cabinet meeting in Broome on Sunday (31 July). The Premier and Cabinet Ministers were met by a big protest calling for a ban on fracking in the Kimberley.
Concerns are increasing as a proposal to frack 20 wells near the Fitzroy River at Noonkanbah by Texan oil and gas company Black Mountain is in front of the Environmental Protection Authority. The project would emit 1.5 million tonnes of carbon dioxide: equivalent to pollution by half a million cars over a year.

People came to the protest from communities more than 150km away to voice their concerns about fracking. The Premier and Ministers were greeted with loud calls for a ‘Frack Free Kimberley’. 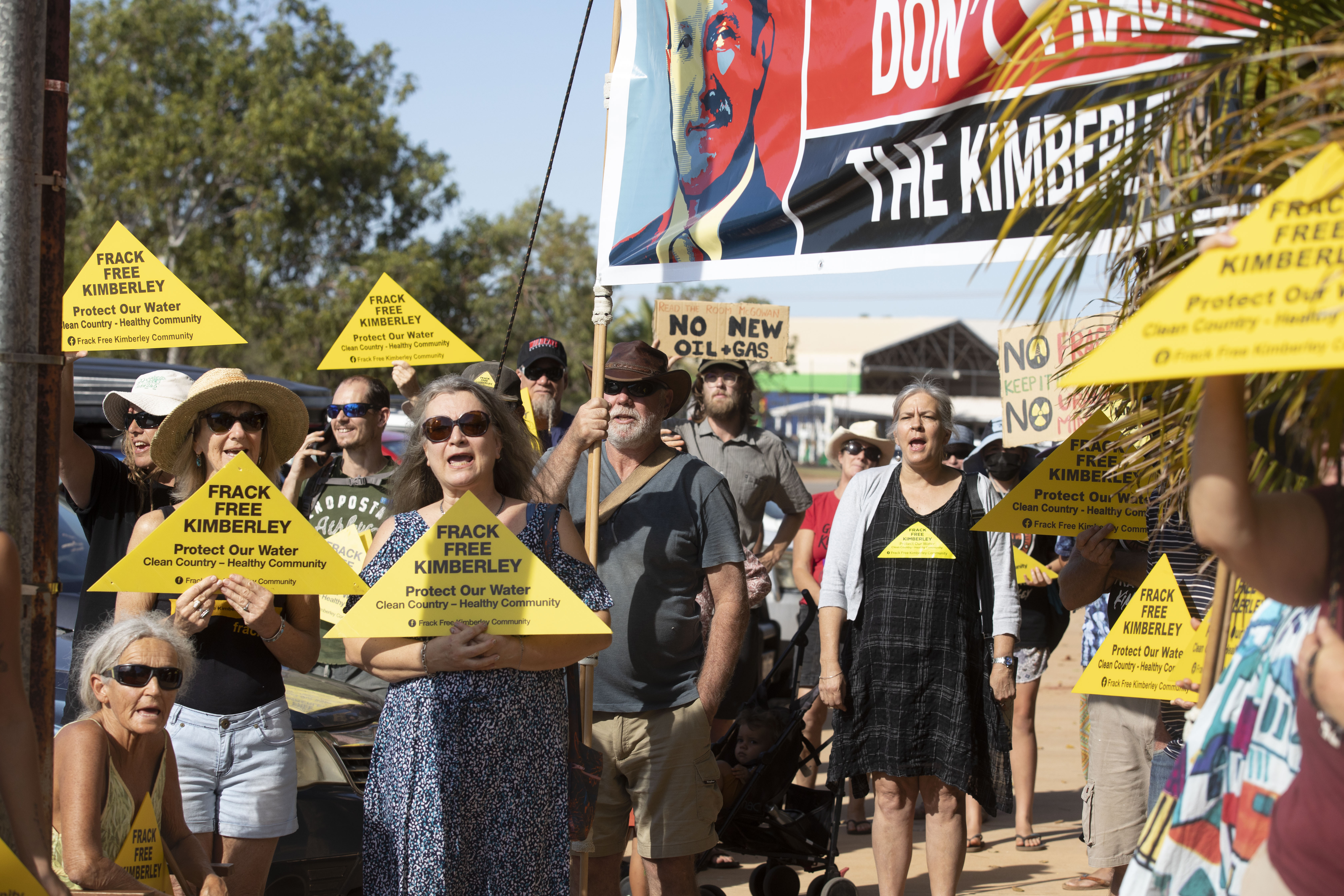 “The community resolve to stop fracking in the Kimberley is getting stronger. There’s no way people are going to accept the Kimberley being industrialised by the oil and gas industry, and polluted by fracking.” 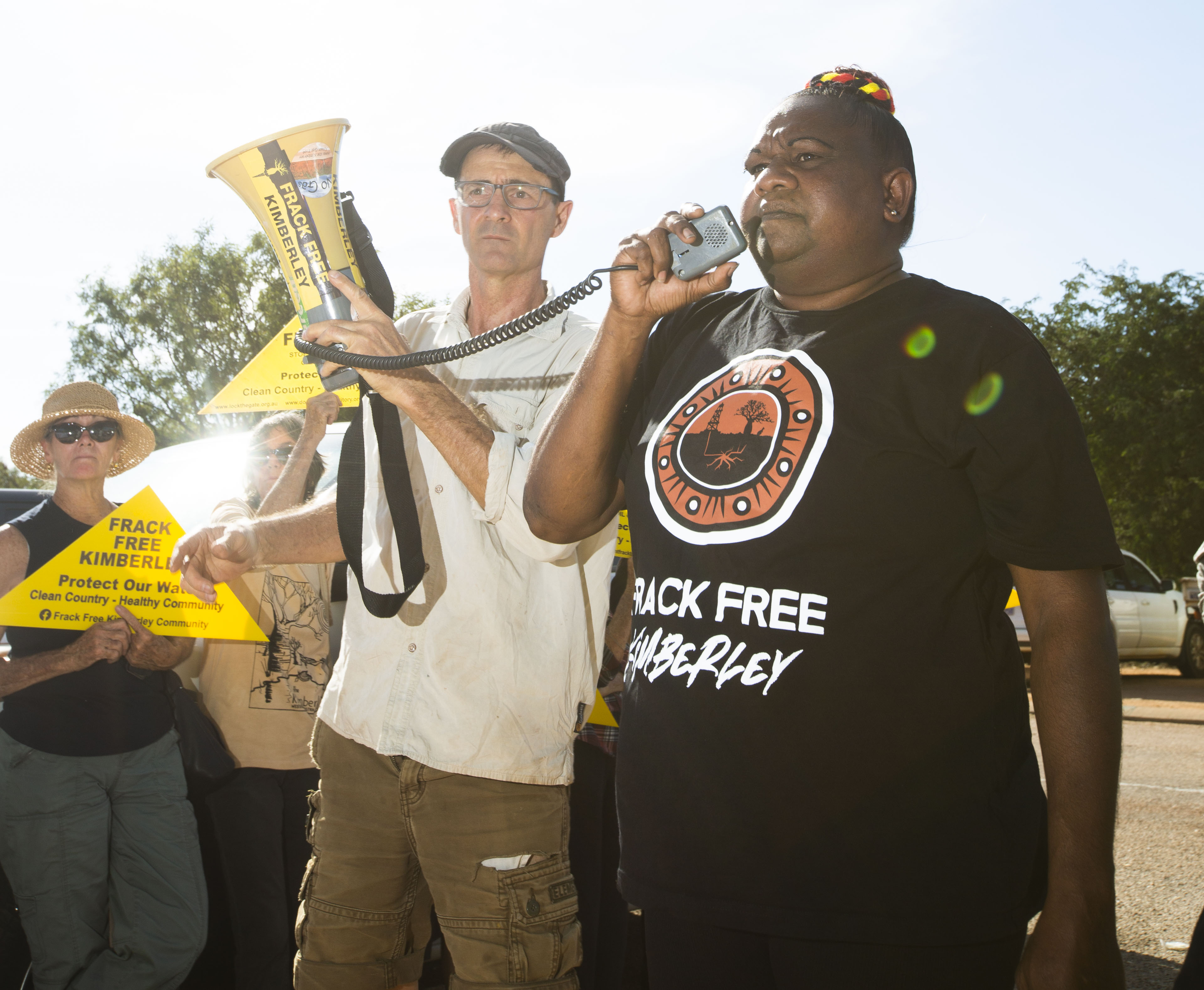 Carla Banks calling on the Premier to ban fracking in the Kimberley as he has done down south and on the Dampier Peninsula.

Carla Banks told Ngaarda Media (see full story below) her country is under threat from fracking plans by a company called Theia Energy.

“It is my father's mother's country,” said Ms Banks. “She was a Mangala a woman. It's just so magical that it's untouched land. If we're gonna get fracking and all these chemicals drilled into our land then it'll destroy it.

“[Our old people] kept it protected and we want to keep it protected. We don't want no poison chemicals and polluted water. We want to save our water.”

Ms Banks is calling on the Premier to intervene.

“We need to strongly get the message out to Mark McGowan to help us,” she said.

“If he can stop fracking down south, he can surely stop the fracking here, up north in the Kimberley, especially at the Edgar Ranges and Noonkanbah.”

Inside the packed meeting Environs Kimberley Director Martin Pritchard asked the Premier if he was concerned about the large volume of carbon emissions that would come from fracking the Kimberley, and whether he thought it would be better to not frack in the first place. Climate scientists have calculated that if the Kimberley’s Canning Basin was fully fracked it would emit more than double Australia’s Paris Agreement carbon budget for energy. The Premier’s response was that the pollution in India from burning coal could be relieved by burning gas. 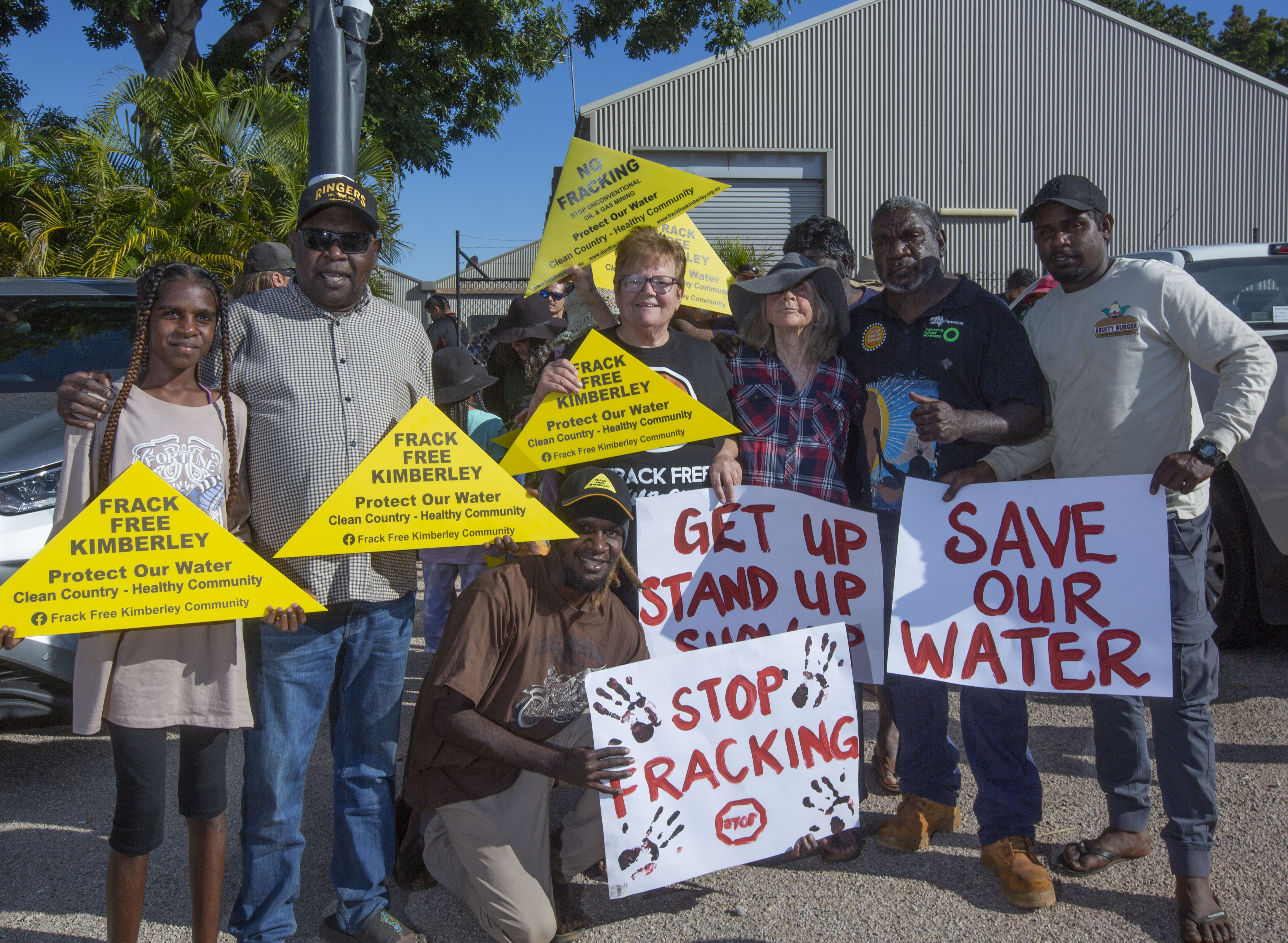 “Fracking the Kimberley would emit billions of tonnes of carbon dioxide according to climate scientists, and Premier McGowan’s response is to ignore it. To say that India should be burning gas instead of coal shows a lack of understanding of the economics of energy in that country. It has already been shown that transitioning to gas in India would be extremely expensive and transitioning to renewables would be much cleaner and better for the economy.”

“The Premier’s argument that gas should be a transition fuel doesn’t stack up anymore; just ask any climate scientist.”

“Western Australia is planning to spend more than a billion dollars on a desalination plant in Perth because of a drying climate caused by burning fossil fuels. It’s time the McGowan Government accepts that fracking the Kimberley is incompatible with a safe climate.”

“Premier McGowan can expect protests whenever he visits Broome.”