Pristine, wild beaches, the clearest blue skies, the reddest oxide cliffs and the oldest living culture — these are some of the compelling reasons to visit the Dampier Peninsula north of Broome. Few places in the world remain as unspoilt and welcoming. Kooljaman, Goombaragin, Whalesong, Mercedes Cove, Twin Lakes, Cygnet Bay and Middle Lagoon are just some of the Peninsula’s places to stay, and escape town life with family and friends. 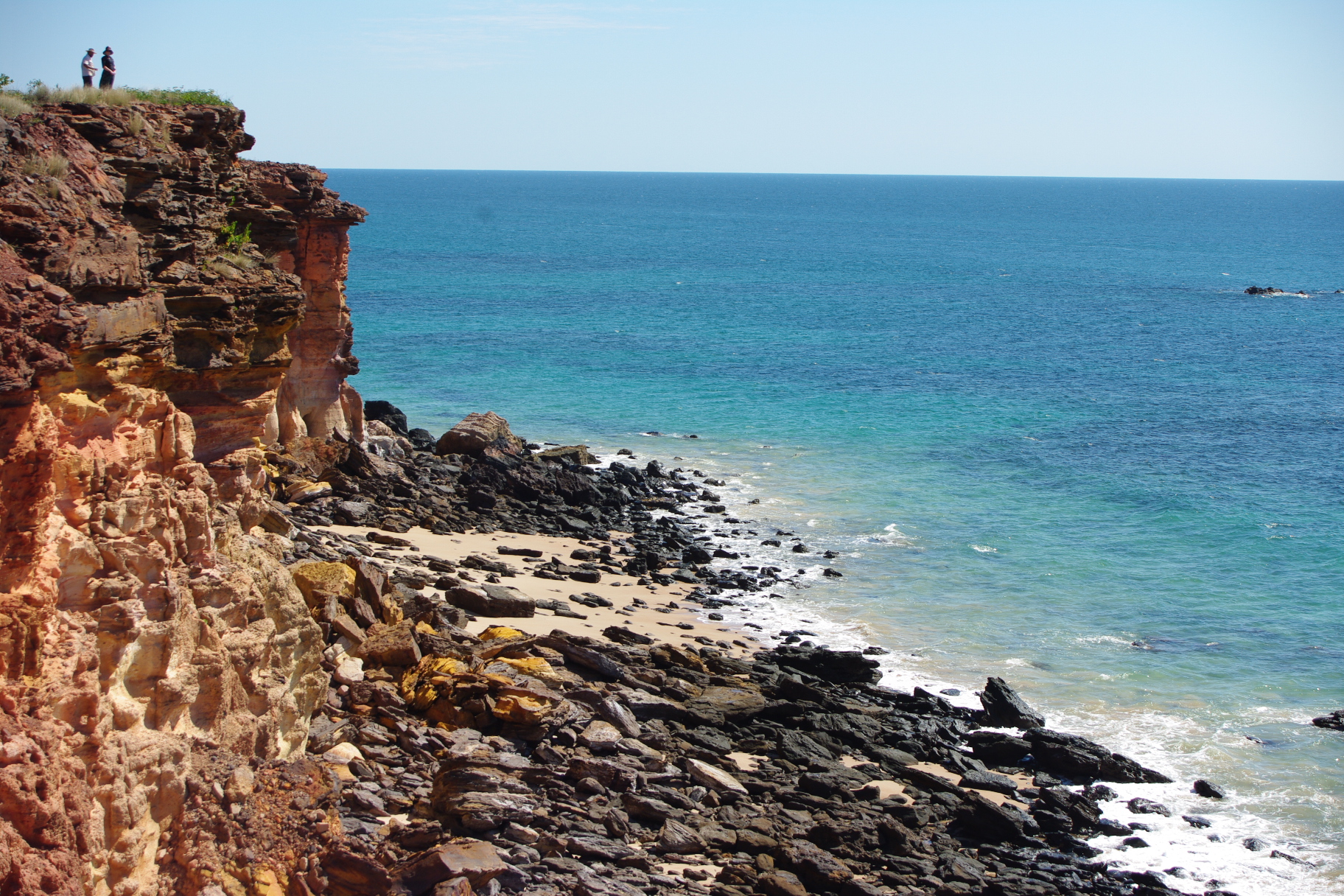 The Peninsula has the highest density of Aboriginal owned tourism enterprises in Australia. It’s a place of Dugongs, turtle, mud crabs, fish galore, rocky reefs, mudflats, mangrove forests and seagrass beds, and a nursery for the largest Humpback Whale population on the globe. On land, pindan woodlands, home to the endangered Greater Bilby, are interspersed with hidden wetlands, mound springs and botanically rich monsoon vine thickets – remnant patches of ancient rainforest that have survived the millennia behind the Peninsula’s sand dunes. Every year the Channel-billed Cuckoo flies from the rainforests of Indonesia, hopping the trail of vine thicket patches, to Broome, feeding on a smorgasbord of berries and fruit, dropping the seeds as they go, replenishing these remarkable relicts. Although the area occupied by the vine thickets makes up less than 0.01% of the Peninsula land, the thickets contain 25% of the plant species.

This jewel of Aboriginal culture and nature-based tourism on Broome’s doorstep has been protected from untrammelled, damaging development by the difficulty of getting there.  The gradually diminishing roughly corrugated, bone-jarring dirt track has been a protective barrier that has aided locals in keeping this bit of paradise relatively intact. On the Peninsula, the Bardi Jawi, Bardi Jawi Oorang and Nuyl Nuyl Aboriginal Rangers have reduced the threats to the fragile landscape, such as wildfires, weeds, feral animals and uncontrolled access.

All this is about to change, and possibly for the worse.

The bitumenising of the last 90km section of the Cape Leveque road has begun, machinery is cutting a new road parallel to the existing track. In a year and a half there will be a brand new road up the Peninsula, suitable for caravans, boats and hire cars. For the first time, a 4-wheel drive won’t be required until you get to the tracks that span out to tourism businesses and beaches. 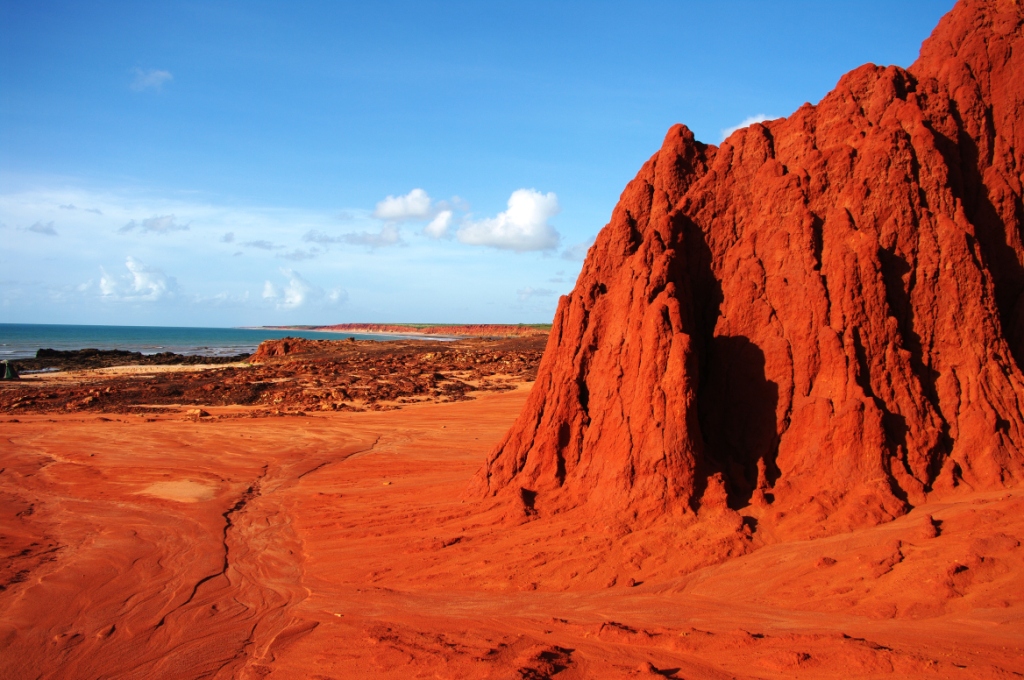 All this could be extremely positive for the people on the Dampier Peninsula — or extremely negative. What is certain is that there will be thousands of extra visitors to a place that is already bursting at the seams in peak tourism season.

This raises many questions. How will the environment be managed? Evidence shows that new or improved roads can be harmful unless access is tightly controlled and the country well-managed. Some of the potential problems include waste management – where will all that extra rubbish go? Will there be enough water? How will sewage be managed? How will places cope with the increase in visitors – will vine thickets be cleared? Will there be a population crash in fish stocks with all the weekend fisherfolk from Broome being able to take their boats up the bitumen road? How will locals, who depend heavily on fish, react when their favourite fishing spots are getting hammered? How will culturally important sites, which are off-limits to the uninitiated, be protected from visitors? Will visitor experiences diminish because campgrounds won’t be able to cope with the numbers, and the pristine environment deteriorates? 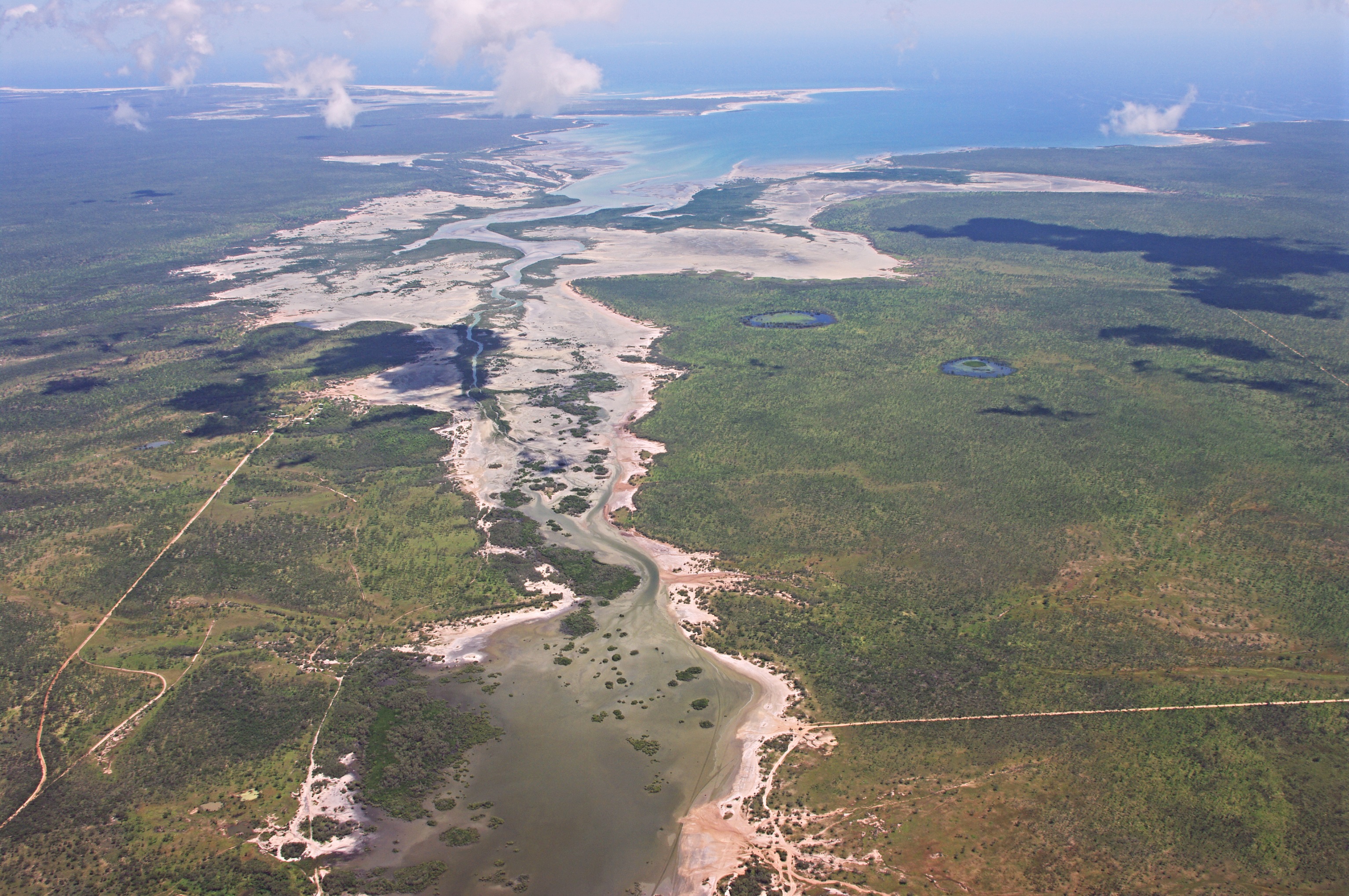 What needs to happen to ensure the Peninsula retains its natural and cultural values, and development benefits local people? The Federal Government has put in $52 million and the State government $12.5 million to build the road, so they have a responsibility not to just walk away when the ribbon is cut.

Governance bodies such as the Prescribed Bodies Corporate, which manage the affairs of Native Title holders, and community councils, need to be adequately resourced. All enterprises on the Peninsula need to be supported to ensure they will be ready for the influx of visitors, and a plan of management should be designed with residents. Extra Aboriginal Rangers should be employed to deal with visitor access and the challenges tourists bring. A plan should be developed to manage access and prevent damage to sensitive cultural sites, fragile ecosystems like monsoon vine thickets, sand dunes and beaches. Marine protected areas should be enacted, to make sure fish stocks are maintained. A social impact assessment is required to ensure negative impacts can be dealt with. One idea is to charge a toll or fee for non-local visitors, this would fund environmental management and more rangers.

Planning controls such as a ‘Landscape Protection Policy’ would ensure that the character of the Peninsula would be renowned internationally as the place to go to experience the spectacular nature of the Kimberley and Aboriginal culture in a sustainable tourism setting.

These are just some measures to make sure the Dampier Peninsula experience remains rich and enticing, but right now there are very few signs that the State and Commonwealth Government are taking this problem seriously. They need to take responsibility before the road becomes the highway to paradise lost.