Coffee bush (Leucaena leucocephala), a highly invasive woody weed, is one of the more abundant weed species found in Minyirr Park. Its presence in the park is a threat to the only patches of culturally and ecologically significant Monsoon Vine Thickets on Yawuru Country. Also known as ‘sneaky bush’, it can grow almost unseen in sheltered and shaded areas of dense vegetation.

The Yawuru Country Managers and the Department of Biodiversity, Conservation and Attractions (DBCA) have been working to control weeds in Minyirr Park and protect the endangered Monsoon Vine Thickets, yet the continued presence of weeds is one of the biggest threats to the health of the park. 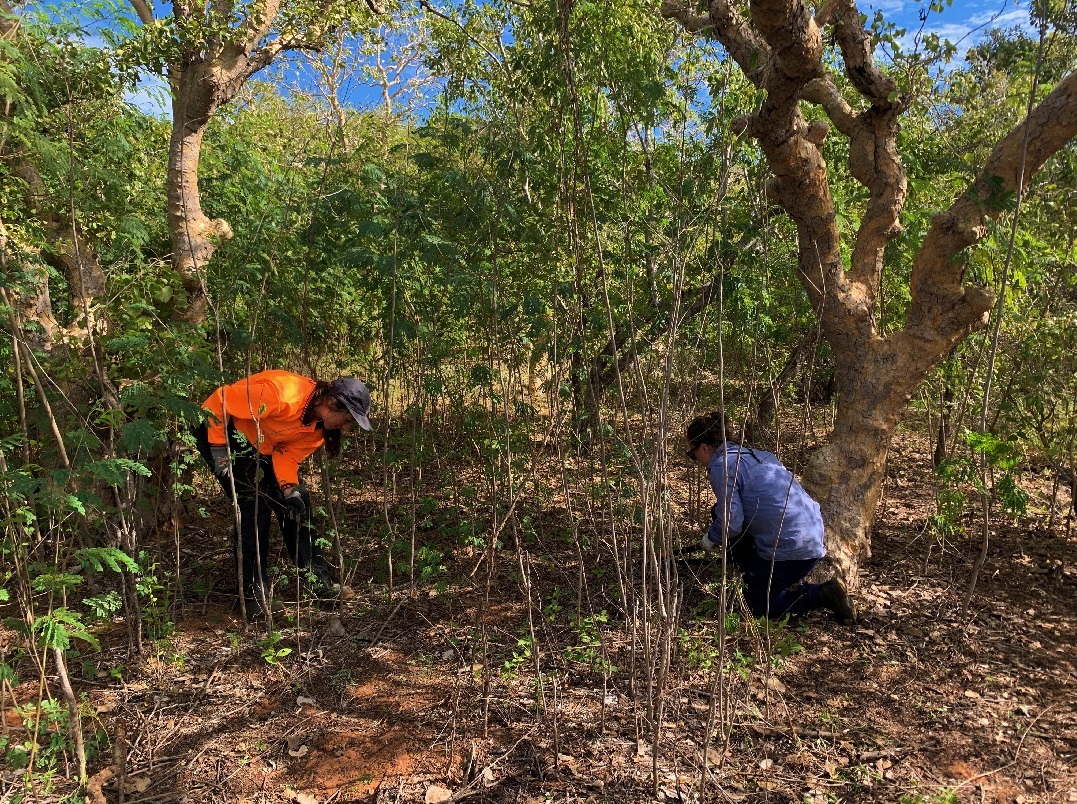 In order to help make management easier and more effective, Environs Kimberley staff and volunteers conducted a yearlong trial to understand what chemical methods are best for controlling coffee bush in Minyirr Park. We found that different treatments worked best on different sizes, or life-stages, of coffee bush: 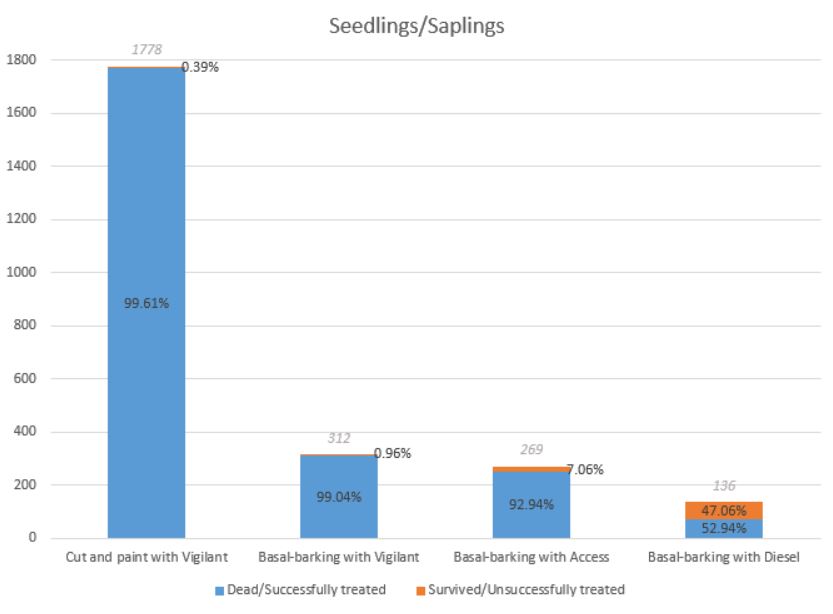 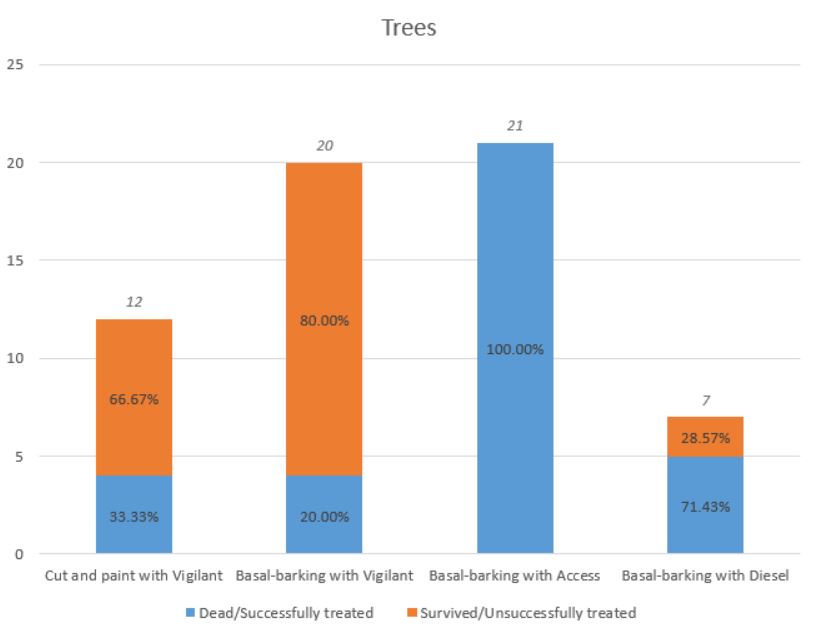 This trial was part of a larger Monsoon Vine Thicket project conducted in partnership with the Yawuru Country Managers, Bardi Jawi Rangers, Nyul Nyul Rangers and the Department of Biodiversity, Conservation and Attractions, and funded by the Western Australian Government’s State Natural Resource Management Program.