A project to frack the Kimberley next to the Edgar Ranges, a site previously recommended to be a conservation reserve, has been withdrawn by oil and gas company Theia Energy.

(See NOTICE OF DECISION TO TERMINATE THE ASSESSMENT)

The fracking proposal received over 2,300 submissions opposing the project at the beginning of 2022 and the EPA set the highest level of assessment.

The proposal, 150km south-east of Broome, is in an area the company has said could hold as much as 57 billion barrels of oil. Fracking would be required to produce the oil. 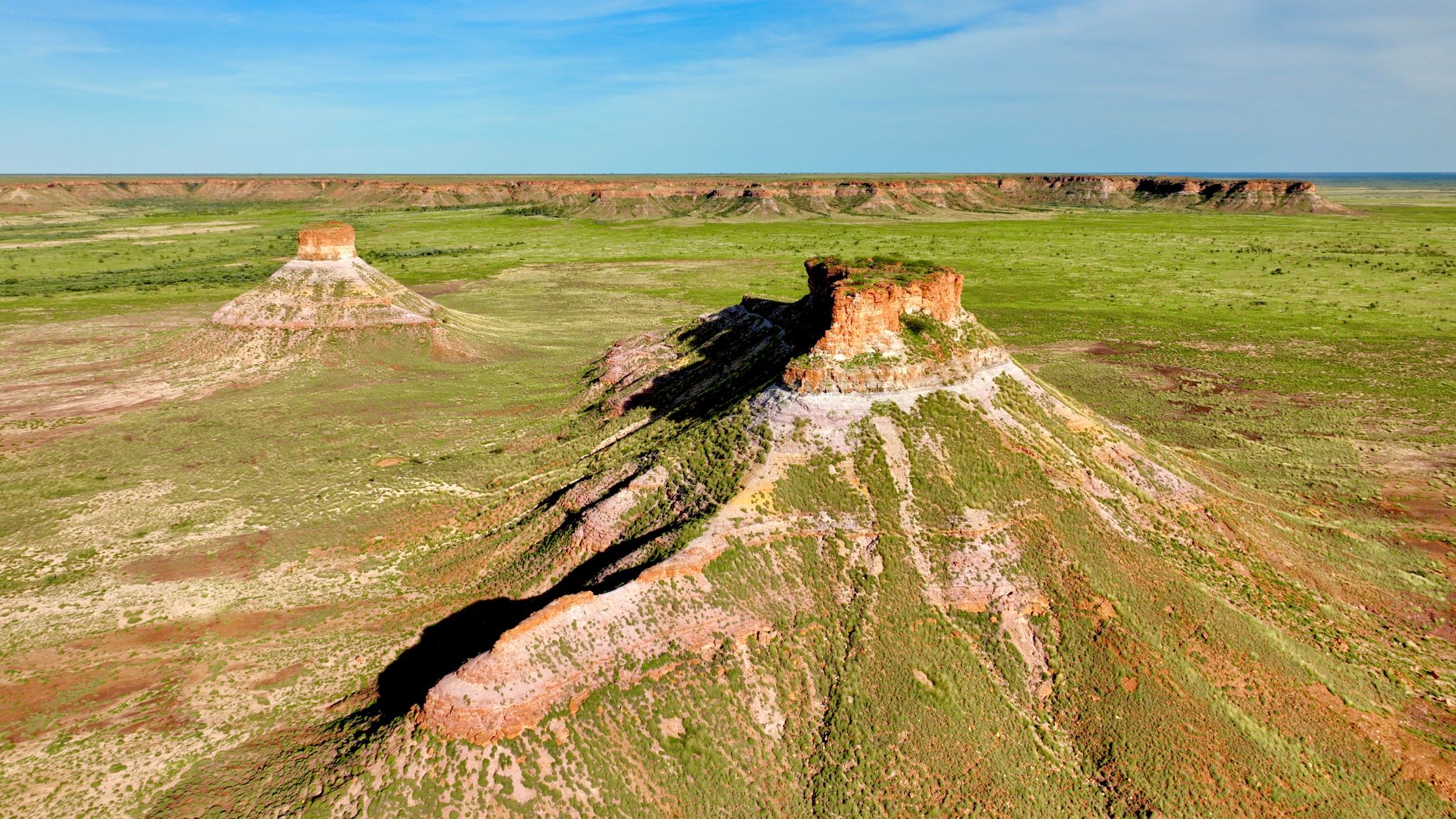 The company’s conceptual development plan included a crude oil-export facility with a pipeline to Broome, a pipeline to the coast near Bidyadanga, and a gas pipeline to the Pilbara. The recent Shire of Broome Draft Local Planning Strategy (Page 121) flagged an oil refinery somewhere outside the Broome Townsite.

“The long-term plans Theia Energy has flagged would be a disaster for the Kimberley’s half-a-billion-dollar tourism industry, would industrialise the region’s world-renowned landscapes and be a major contributor to climate change.”

“Thousands of oil and gas fracking wells would be required to extract the volumes that Theia Energy has stated, in its published documents, to be available for exploitation.”

Theia Energy has decided to terminate the assessment of the proposal by the EPA. A similar situation occurred in 2020, when fracking company Black Mountain terminated an assessment and then lodged a new referral proposing more fracking wells and a larger footprint near the Fitzroy River. While we welcome any withdrawal of disastrous proposals to frack in the Kimberley, there is every chance that we could see a more ambitious proposal lodged by this company.”

“We are calling on the McGowan Government to ban fracking in the Kimberley. This is a toxic industry that the Labor Government cannot allow if it wants to be seen as taking credible action on climate change and protecting the Kimberley,” Mr Pritchard said.

Fracking, ports and oil pipeline project worth $77b proposed for west Kimberley

Theia Energy fracking, ports, and oil pipeline project for west Kimberley to be voted on by Indigenous group

New proposal to frack the Kimberley open for comment

Frack Free Kimberley presents Fighting Giants, the powerful new film and rallying call to protect the Kimberley from oil and...