‘We know our country. It is important that we record and share our traditional and practical knowledge and keep it alive within our communities. We want our young people to know and protect country and keep it healthy.’

Through the Plant Stories project, the Kimberley Nature Project (KNP) is assisting the Bardi Jawi Oorany (BJO) Women Rangers of the Dampier Peninsula to record and share cultural information about plants on their country.

In 2012, with the Kimberley Land Council, the project produced a booklet called Plant Stories, which was widely distributed through the Peninsula communities of Lombadina, Djarindjin and Aardyaloon including to schools, and was well received.

The 11 plant species featuring in this first edition were chosen as they all occurred within the endangered Monsoon Vine Thickets (MVTs), a habitat that is unique to the Dampier Peninsula, highly fragmented and increasingly threatened by weeds, fire, feral animals, clearing and off-road driving (link to MVT pages).

Many Bardi Jawi sites for biidin (underground freshwater), camping, ceremony and law-grounds are in these thickets, and the vine-thicket plants have many different uses. 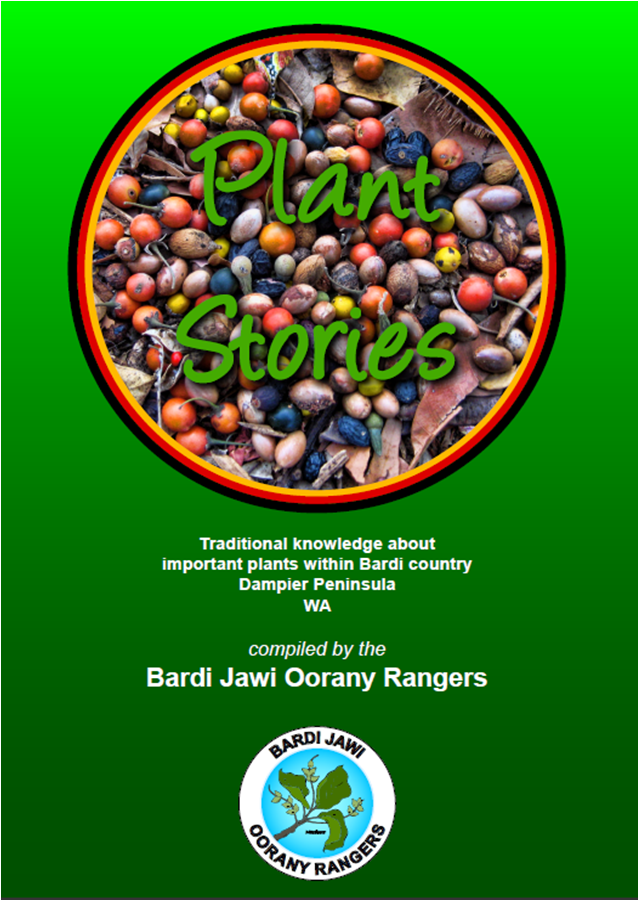 Together we documented Bardi Jawi knowledge of the seasons in which these plants germinate, grow, flower and fruit, the animals and birds that rely on them for food and habitat, how the plants respond to noorroo (fire), and the ways people use the plants for food and medicines, as hair dye, fish poison and chewing tobacco.

The BJO Rangers and Bardi people hold copyright to all the materials they produced, and this booklet.

In 2016, the out-of-print Plant Stories was in such demand that we organised workshops so that the BJO Rangers could collate their knowledge for a second and expanded edition of Plant Stories. We will produce this once more funding has been secured.

Environs Kimberley would also like to thank the National Heritage Trust.