Looking after the Endangered Monsoon Vine Thickets of the Dampier Peninsula

Vine thickets, which occur as patches within and behind the swales of coastal dunes, make up less than 0.01% of the Dampier Peninsula yet support 25% of the Peninsula's plant species.

They are naturally fragmented and restricted and provide habitat and refuge for birds, bats and other animals, which move between patches, maintaining their connectivity and genetic viability. 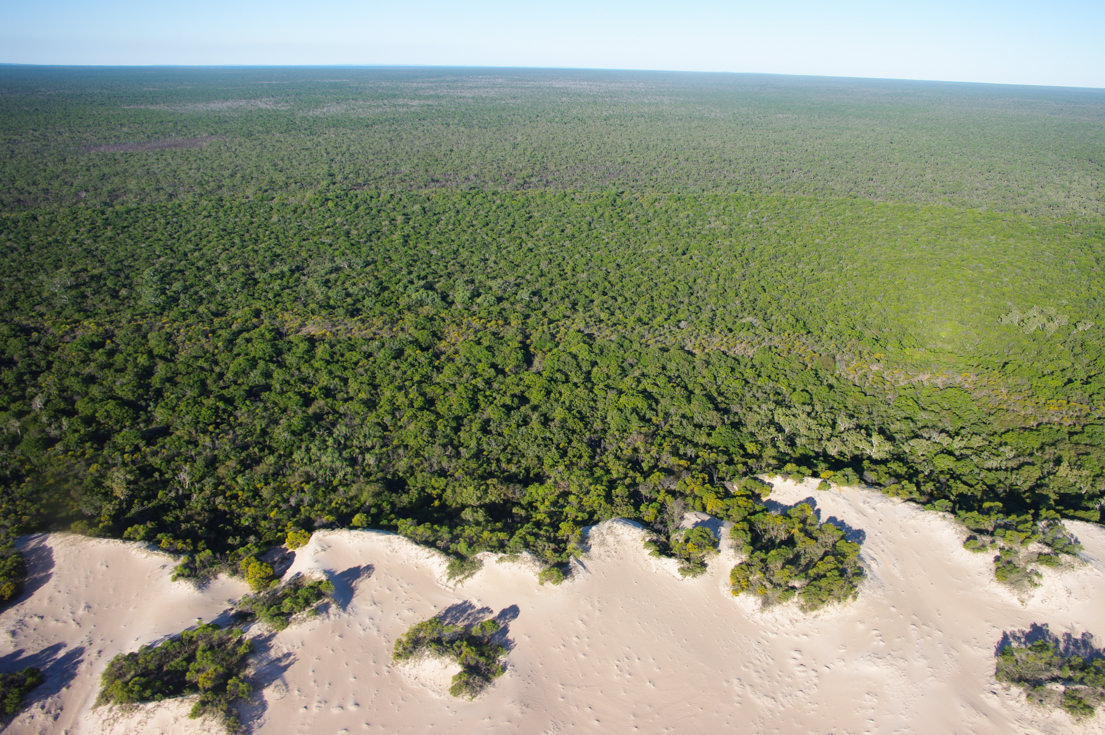 Since 2007–2008, when EK began working with the Bardi Jawi and Nyul Nyul Rangers, EK has collaborated with traditional owners and ranger groups, and partner organisations, to look after vine thicket patches. Activities have included fire and weed management, revegetation and research and monitoring, including biological surveys. We have also been documenting the ecology and fire history and traditional ecological knowledge of MVTs.

Environs Kimberley has been working with Nyamba Buru Yawuru to protect Monsoonal Vine Thickets by weeding, collecting seed, propagating and planting at a revegetation site in Broome’s Minyirr Park. Mayingan Manja Balu in Minyirr Park is part of this Threatened Ecological Community and faces threats from weeds, fire, pollution, development and feral animals. This wonderful video, made with the Yawuru country managers by film maker Alex Smee, was funded by the State NRM Program and the state government’s Aboriginal Ranger Program. Check it out! 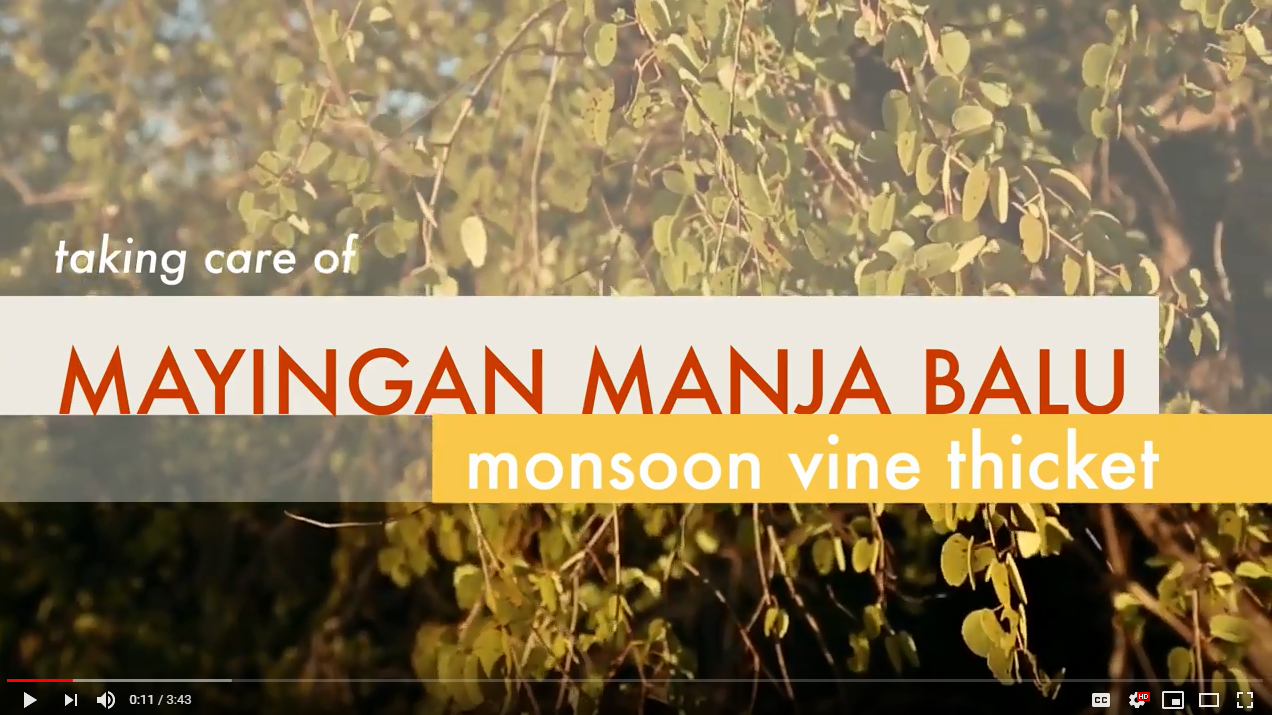 Read more about other collaborative MVT research and management projects that KNP is coordinating:

Managing fire and weeds for biodiversity

KNP has also assisted the Broome Botanical Society to compile an extensive report and community summary of its survey for over 90% of known patches.

This work has made a significant contribution to state and national documentation of MVTs, and was instrumental to the listing of vine thickets in 2013 as a nationally Endangered ecosystem under the Commonwealth Environmental Protection and Biodiversity Conservation Act 1999. Despite recommendations to upgrade the state listing, monsoon vine thickets remain listed as a Vulnerable ecosystem in WA.

Here are some of the ways we are looking after the Endangered Monsoon Vine Thickets on the Dampier Peninsula:

Managing Fire and Weeds for Biodiversity